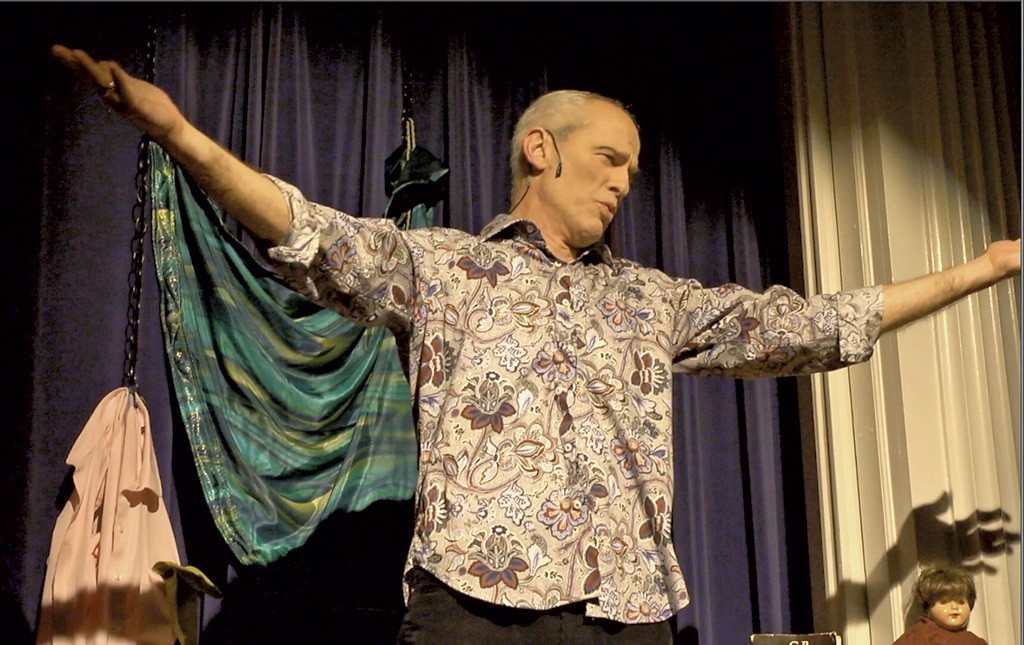 Viennese society is surely still grateful that Sigmund Freud never felt the urge to sing publicly about his therapeutic practice. Dour songs about wolfmen and cigars would never have captured the public fancy. But modern psychotherapy has moved further and further from Freud's self-serious approach. And at least one modern psychotherapist has found that musical theater is an ideal forum for therapy — as well as for personal artistic expression.

Steve Cadwell is the writer, composer, director and sole performer of the show Wild and Precious, which he'll stage this Friday, September 12, at Burlington's Main Street Landing Black Box Theater as part of Pride Vermont celebrations. He also happens to be a practicing psychotherapist, and he sees strong parallels between theatrical and therapeutic experiences.

"Psychotherapy is about storytelling," says Cadwell by phone from his home in Concord, Mass. "And in a performance piece, my responsibility is to be as true as I can to my true, core, felt experience, and ... project that as fully as I can. The audience's responsibility is to receive that as fully as they can. When it works, it can be transformative."

The purview of the semiautobiographical Wild and Precious is nothing less than the last half century of gay history in America, a story in which Cadwell himself has taken an active part. Born in Pittsford, Vt., Cadwell grew up a self-described "sissy boy" in a supportive family. Though closeted in the 1960s, he was active in the burgeoning gay-rights movement of the 1970s and an AIDS activist in the '80s. Cadwell filters his own experience through the story of his show. "I've done a lot of distilling," he says.

That show, which he's performed at multiple venues across New England, incorporates Cadwell's own poetry and songs, as well as projected images of the farm on which he was raised — and plenty of costume changes. "Surprise! I'm a showboat," he says with a laugh. "I'm trying to keep it lively and keep [the audience] engaged in all the sensual ways that theater offers."

He's also got an upcoming performance in Middlebury, and will soon tour the show to Austin, Tx., San Francisco and Los Angeles.

For its creator, Wild and Precious is partly a celebration: not just of his journey to self-identity, or of mainstream culture's increasing understanding of gay culture, but of the range of emotions that both therapy and theater evoke. "To me, therapy is about getting the spectrum of experiences — not just the happy, not just the sad, but the grief, the rage. The full spectrum of feeling — that's the goal," says Cadwell. "It's similar to theater. In the great experiences of theater, the writers and the performers are able to bring us to fully experience what it is to be human."

Cadwell says that his show was inspired in part by poet-rocker Patti Smith, whose live shows he admires for their rapid emotional shifts. "In some ways, I try to do that, too — snap right into different emotional states," he says.

The Burlington performance this week is something of a homecoming, Cadwell notes. He lived in the city for about a year in the early 1970s, right after leaving the Vermont State Hospital in Waterbury, where he'd received treatment for a nervous breakdown caused by the "censorship" of his gender and sexuality. With those dark days long behind him, Cadwell now uses theater as therapy — for himself as well as for his audiences.

"The hope in this piece," he says, "is that people will identify with the terror of being ostracized and stigmatized and scapegoated, and with the freedom of being able to come out into one's own and be celebrated."