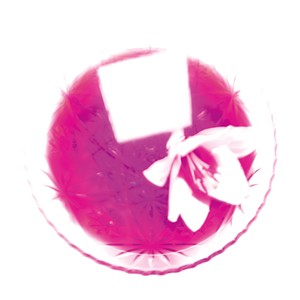 Some albums require a few rotations before they really start to take hold. Others instantly feel like you've been listening to them your whole life. From the second you hit "play," nostalgia tugs at your heartstrings and pulls you into the past.

The Young Love Scene's forthcoming release, Holy Punch, falls into the latter category for me. From the first track, I found myself slouched in the back of a school bus during junior year of high school, looking out the window as the morning haze started to lift over Cairo, Egypt, where I grew up. Nada Surf, Jimmy Eat World and the Shins were heavy hitters on my daily commute. Many tracks on Holy Punch would have slotted into the playlist nicely.

Holy Punch is as close to a '90s album as you'll get in 2021, for better (crunching guitars and grunge vocals) and for worse (using the phrase "so gay" to denote something negative — in this case, rain).

"Honey" serves as a great opener that lays out the expectations for the rest of the album. A standard rock drumbeat leads the way before the electric guitars join in, bathed in distortion. The Young Love Scene is essentially a solo project of Burlington's Gordon Goldsmith. Here and throughout the album, he serves as lead vocalist, as well as guitarist, bassist, percussionist and engineer. Listen carefully, though, for background vocals by another local artist, Jesse Taylor of the Jesse Taylor Band.

Goldsmith's intentionally sloppy singing on "Blueberry Juice" mimics those who perfected the effect. Goldsmith cites the Smashing Pumpkins as an influence, and Billy Corgan's fingerprints are all over the vocal line here.

The promises made to a lover in "Bloodstained Man" come across as earnest, if not a bit whiny. But presumably that's what Goldsmith is going for by layering a higher-octave vocal throughout. The end product conveys the desperation of a man trying his hardest, all while doing his best Weezer impression.

"Sunnycide" is another banger, which has been getting some airplay in Australia. According to Goldsmith, it was recently voted the No. 1 song on Valley FM 89.5's Daily Top 10 Tracks. It's easy to see why: The track has an infectious beat and is the kind of song you could see yourself burning onto a mix CD to slide into your old disc player for a ride down the highway.

Sprinkled into the album are two live, unplugged recordings that showcase a mellower side of the Young Love Scene. But the power of Holy Punch is undoubtedly Goldsmith's in-your-face sound that lives in the very-much-plugged-in tracks.