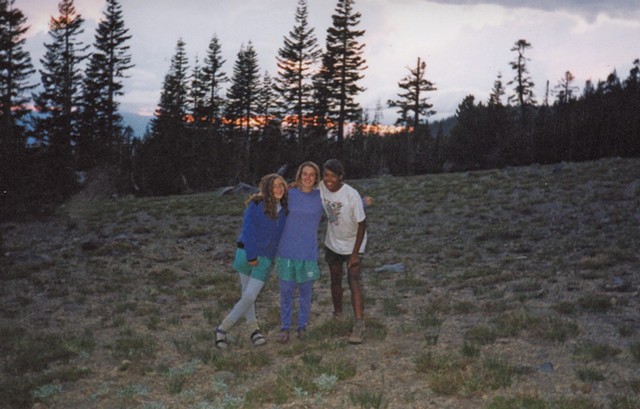 When I think back on the summers of my youth, the one that stands out as the most formative is the summer after eighth grade. In July 1991, I embarked on a trip called California Adventure, along with my closest childhood friend, Lexy, and around eight other young teens from around the country. With two leaders, who couldn't have been older than 25 themselves, we drove around Northern California in a big, smelly van, listening to one mix tape on repeat. We camped on the beach at Point Reyes National Seashore and at the base of Mount Shasta, went white-water rafting in the Klamath River, explored the Redwood Forest and Yosemite National Park, and perused the incense-laden hippie stores of Haight Street in San Francisco. We slept in co-ed tents and went more than a week without a shower, wearing Teva sandals and Umbro shorts over long underwear for days at a time.

I'd been away from home before, but this trip gave me a sense of freedom and capability that was new to me. It was the first glimpse I got of what it might feel like to be an adult, and it was both exhilarating and profound. To this day, when I hear "Closer to Fine" by the Indigo Girls or "Uncle John's Band" by the Grateful Dead, I'm transported to the back of that smelly van and feel like that impressionable, hopeful and awkward 13-year-old again.

California Adventure helped me transition from kid to adult — a rite of passage. This month, I write about Inner Journeys, a two-week retreat in Underhill, run by an organization called ReTribe, that aims to usher 14- to 19-year-olds into adulthood through a series of activities, workshops and rituals that weave together play, nature, therapy and spirituality. Participants say it is "so different from normal life," "a really open space to be ourselves," "emotionally fulfilling" and "powerful." Read "Safe Passage" to learn more about this unique, transformative program.

Also in this issue — which celebrates all things summer — you'll find "Fit Families," a roundup of nature-based activities to try out when it's sweltering outside; an article about some of the great playgrounds in our area ("Not Your Parents' Playgrounds"); and a "Bookworms" column all about story walks, an activity for young children that combines literacy and nature. In "Delicious Summer," contributor Nicci Micco shares a thought-provoking personal essay about how her kids' summer experiences differ from the ones she had growing up. Rather than deeming one better than the other, she's learned to appreciate them both.

August in Vermont is delicious. We hope that, for your family, it's full of activities and experiences that spark adventure, wonder, and maybe even a little change.