The von Trapps Welcome Visitors to Their Waitsfield Gardens 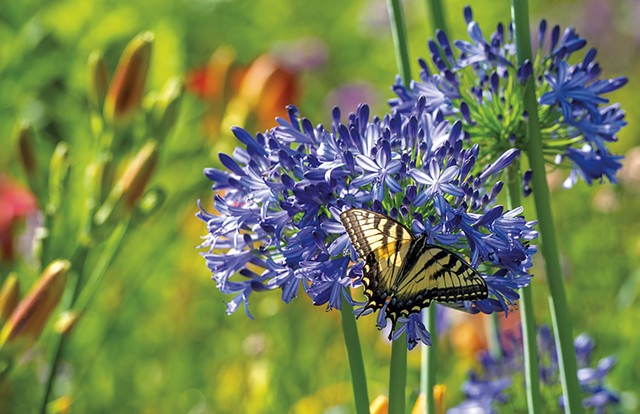 Tobias von Trapp walked through his flower garden on a blazing hot day in mid-July, past astilbes and daisies, lilies and delphiniums, to the stone fountain at its western edge. Made from rocks he pulled from his hayfield or retrieved from an old stone wall, the fountain has grown moss and attracted visitors in the 23 years since Tobias (who goes by Tobi) built it.

In past years, some of those visitors were kids and their gardening parents, for whom a walk in Tobi's garden was a central piece of a trip to the von Trapp Greenhouse — the garden center in Waitsfield that Tobi and his wife, Sally, ran for 41 years.

On this day, the lucky fountain visitors were frogs — "rock-climbing frogs," as Tobi described them. Almost a perfect match for the fountain's emerald-colored moss, the frogs sat on its soft cover or bathed in the cool water. Sally counted six on different levels of the exquisitely scaled and marvelously constructed fountain. Tobi said the frogs somehow sense the presence of the water — and appear. 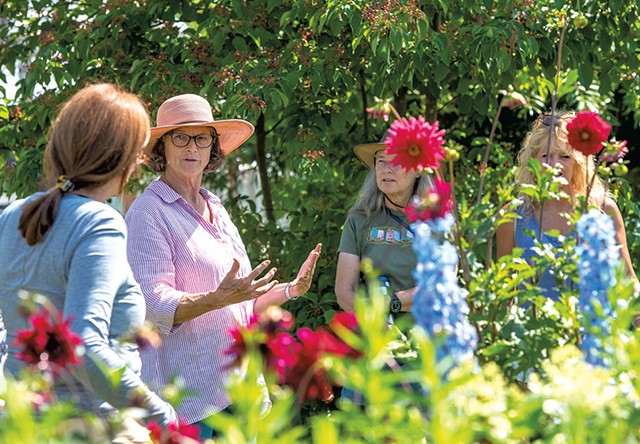 Last September, the von Trapps closed their garden center to retail customers and the larger public. But this week, people are welcome back. Sally and Tobi will host Open Garden Days on Friday, August 5, and Saturday, August 6, two of several such events this summer. The garden days are a chance for people to walk through and view the flowers, as well as a fundraiser for local nonprofits in partnership with the Mad River Valley Rotary Club.

"We see it as an opportunity to give back to the community that supported us for four decades," Sally said. 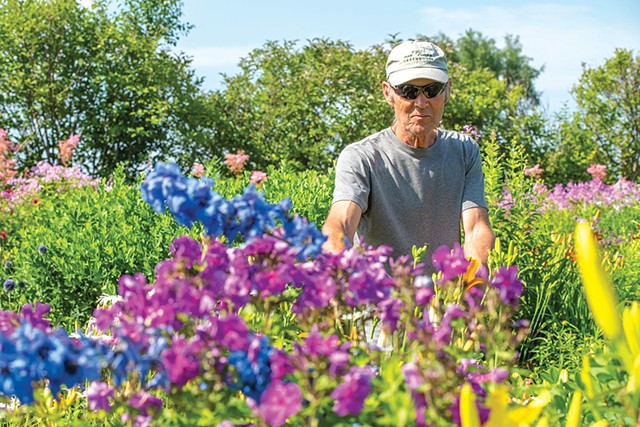 The von Trapps, who are in their late sixties, started a gardening business in 1980 at the Waitsfield home where they raised their three kids. In the early years, they grew vegetable starts and annuals. Tobi cultivated a big vegetable garden and sold produce to local restaurants. He wanted to "feed the world," Sally said.

As the business evolved, the couple built greenhouses and focused on growing perennials. With the closing of the retail operation, the von Trapps' daughter Emily is making use of the family's greenhouses to expand her cut flower business, von Trapp Flowers, which specializes in winter tulips and other season-extending blooms. 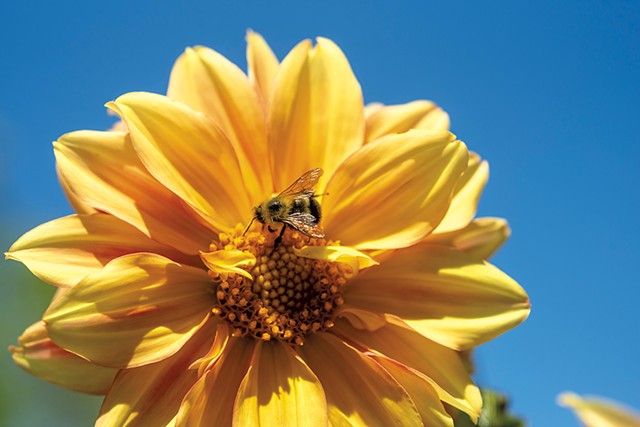 Tobi's work on the garden dates back to 1992, when he embarked on a four-year project of preparing the soil for flowers. He planted it with rotating cover crops of sunflowers, buckwheat and winter rye; tilled the land; and removed stones.

In 1996, Tobi started designing the flower garden — a work of creative beauty that served as both a display garden for greenhouse customers and an experiment in sustainable and efficient growing practices. 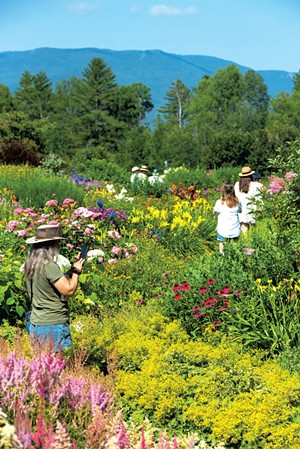 He wanted to make a garden that's "an experience everywhere you go."

"I designed it so everywhere you'd be standing — looking 360 degrees — you have a view, a vignette, of something that's worth looking at," Tobi said.

Sally is a trained horticulturist; Tobi is self-taught. He grew up on his family's dairy farm in Waitsfield, where his mother kept window boxes. His father, Werner von Trapp, was a member of the musical von Trapp family that escaped Nazi-occupied Austria. Tobi said he learned gardening (and other skills) by "osmosis."

The garden is defined by its natural, unmanicured look and cared for in a manner that supports and complements that aesthetic. Its easy sweep echoes the contours of the land. 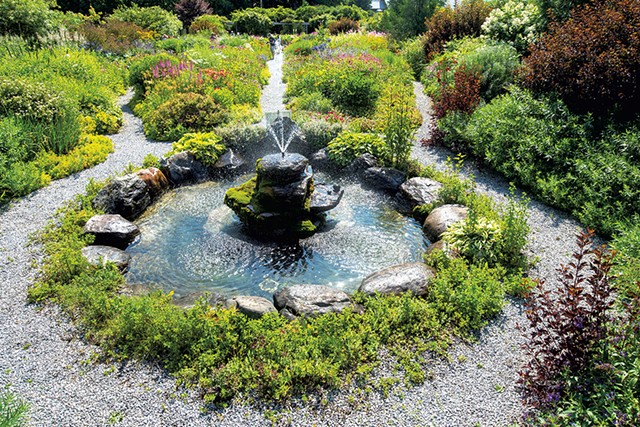 Packed with perennials and shrubs and framed by nearby trees and the more distant ridgeline of Mount Ellen, the garden is a testament to the von Trapps' shared ethos: "You can never have too many plants," Sally said.

The abundant and varied flower species and varieties — too numerous to count — bloom and grow among hardy shrubs, delicate ground cover and lush ferns. Because the von Trapps are, in Sally's words, "terrible stuffers" — filling the soil with perennials and other plants — they allow minimal space and light for weeds to come in and compete.

"It's practical," Tobi said of the method. 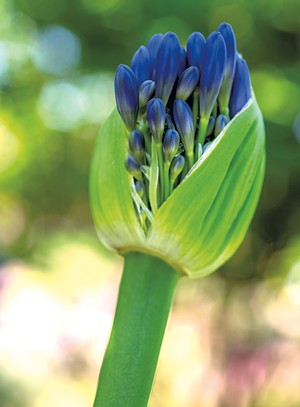 At the end of the season, he weed-whacks the herbaceous plants, knocking them down to a foot or a foot and a half in height. Then he pulls a lawn mower backward, blowing the plant debris into the garden. His cleanup process puts nutrients in the soil, mulches the ground and distributes seed for self-starts.

"Once established, [the garden's] been amazingly low-maintenance because of the way it was designed," Tobi said.

At the fountain on that July day, he talked about the wonder of moss, which appeared in his garden on its own. The plant withstands the battering of winter and emerges from that season brown and seemingly lifeless. In the spring, about a week after he turns on the water, the moss turns green.

Like other vignettes of his garden, moss glistening with water on a fountain rock is something to behold.

The garden's purpose, Tobi said, "is to bring beauty to the masses."

Open Garden Days, Friday, August 5, and Saturday, August 6, 9 a.m. to 3 p.m., at the von Trapp Greenhouse in Waitsfield. $10 for adults; free for kids under 18. Find von Trapp Flowers on Facebook and Instagram.