Maple Sugaring Season Is Off and Running

Most Vermonters know that maple sap runs when temperatures are above freezing during the day and below at night, and that the season ends when the trees "bud out." But for the past two winters, we've had patches of unseasonably warm weather, raising a question: When it's 60 degrees in February, what happens to the sugaring season? Furthermore, how does the increasing use of newer tapping technologies factor into the long-term health of Vermont's sugarbushes?

To learn more about the current state of the state's sugaring operations, we called Mark Isselhardt, a maple specialist at the Proctor Maple Research Center of the University of Vermont Extension. The center publishes papers on all manner of issues that are important to maple producers, including ones titled "When to Stop," "Tapping Depth" and "Do Not Use IPA as Sanitizer" (that abbreviation refers to isopropyl alcohol, not to beer). Here's what Isselhardt had to say, along with some sweet recipes.

SEVEN DAYS: How has 2017 been for sap production thus far?

SD: Is that a good thing for producers?

MI: There's nothing inherently wrong with it ... They can choose to tap, or they can wait. Early-season sap usually has less sugar, so people without reverse osmosis [equipment] will be burning more fuel and getting less syrup for it.

SD: Does a longer season impact the taps?

MI: There's a limited amount of time you can collect sap from a tap hole. It's based on the tree's response to the wound. [And], when you open the tree up to the atmosphere, even if it's only for a few seconds, omnipresent yeast and bacteria start to infect that tap hole. As the season progresses, those populations tend to multiply, developing a gummy, snotty material that plugs up [the hole]. When people talk about tap holes drying up, they're talking about that plug: The plumbing is no longer conducive.

The earlier you tap, the earlier you introduce that wound to the tree, and it's really hard to predict where the bulk of the flow will come in the season. [By tapping early,] it could be you capture the best runs of the season and everything's fine, or you might miss the end.

SD: A lot of producers are using vacuum systems instead of gravity-based systems these days. How does that impact production?

MI: With all other things being equal, it's easily double.

SD: How does the vacuum affect the trees?

MI: It's just the best question — also the hardest to answer. You're talking about a perennial plant, and you're talking about a really robust plant. Sugar maples can grow for 200 to 300 years, and they're really well adapted to this climate. There are trees that have been tapped for generations that show no signs of stress from the tapping. But, with modern technology, we can easily take two to three times as much sap, and you can't cut them down to try to determine the [amount of] stress [it's causing].

SD: Is anyone trying to figure that out?

MI: We're in the fourth year of an experiment looking at the long-term impacts on trees that had never been tapped before: a portion not tapped, a portion tapped with traditional gravity, and another with vacuum. We'll follow those for 10 years. The anecdotal evidence is that technology has changed dramatically over 25 to 30 years, and there haven't been widespread die-offs of trees.

SD: Does any damage from tapping pale in comparison to the effects of climate change?

MI: It does appear that the climate that sugar maple is so well adapted to is [shrinking], so it will be a competitive disadvantage. 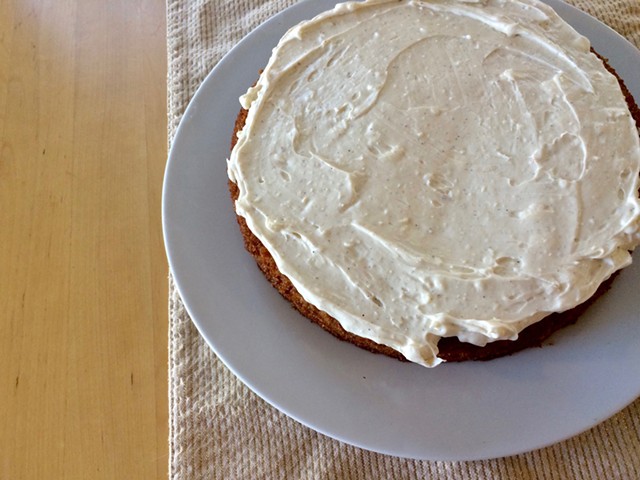 Use the grade of syrup that you prefer. For baking, I usually go for the less expensive syrup formerly known as Grade B and now inelegantly labeled "Grade A Amber Color With Rich Taste."