Taking advantage of a perfect fall morning, Gerry Malavenda set out from his Williston home for a bicycle ride on October 15. Shortly after noon, as he rode along Hinesburg Road in South Burlington, Malavenda, 65, was struck by a car and killed. Two days later, 60-year-old Nathan Miner of Shelburne died from injuries he'd suffered five days earlier when he was hit by a car as he walked on Shelburne Road.

With its picturesque back roads and relatively light traffic, Vermont may seem like a safe haven for bicyclists, pedestrians and runners. The reality is starkly different. Law enforcement officers report an average of 70 to 80 major crashes involving bicyclists each year, according to the Vermont Highway Safety Alliance.

So-called "vehicle violence" is the subject of a new documentary by Emmy-winning filmmaker Jennifer Boyd called The Street Project. It aims to mobilize support for road design that increases safety for bicyclists and pedestrians. Burlington bike shop the Old Spokes Home hosts a free screening this Thursday, December 8.

The film, edited by Chad Ervin of Montpelier, spotlights the movement to reverse the decades-old trend of designing roads to accommodate cars. Studies have shown that traffic engineering improvements can reduce pedestrian and bicyclist crashes.

Protected bicycle lanes are the most emblematic — and controversial — element of so-called "complete streets." Some cities have also introduced pauses or phases in traffic signals to stagger the starts of bicyclists and pedestrians, creating separation from vehicles. Traffic-calming devices such as speed tables or bumps and small rotaries are becoming more common. And then there's the obvious: lowering speed limits.

"Jaywalking may actually be the safest way for a pedestrian to cross the street." Jennifer Boyd tweet this

From 2010 through 2021, there were seven bike fatalities from car crashes in Vermont but 821 injuries, according to data provided by the Vermont Agency of Transportation. This does not reflect the significant number of less serious collisions that occur on a more frequent basis.

According to the League of American Bicyclists, the number of people commuting by bicycle in Vermont has increased by 70 to 100 percent since 2005. In 2017, Burlington launched planBTV, a multi-project effort to improve conditions for biking and walking in the Queen City. The Agency of Transportation adopted a statewide advisory plan for bicyclists and pedestrians in 2021. 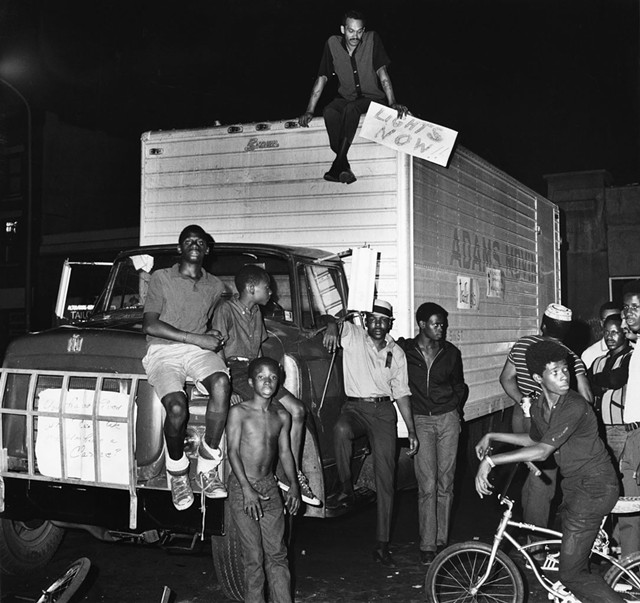 Boyd's film focuses on the good, the bad and the ugly of similar efforts in cities around the U.S. Well, really the bad and the ugly. Take Phoenix, for example, where crosswalks merely serve to line up targets for oblivious drivers. The film shows frightened pedestrians frozen in crosswalks as cars whiz past them. New York City fares somewhat better, according to Boyd, as public advocacy has advanced what she calls the "democratization of street design."

Seven Days recently spoke with Boyd, a Connecticut resident who works out of the Space on Main in Bradford, five minutes from her second home in West Fairlee. She recalled an incident in spring 2021 when a car narrowly missed Boyd and her mother-in-law as they crossed the street in front of August First in Burlington. That near-miss made an impression on Boyd as she researched efforts to make communities safer.

SEVEN DAYS: What sparked your interest in making this film?

JENNIFER BOYD: It began as an investigation into distracted driving and walking. I finally realized that the real story isn't people wandering into the street, staring at their phones. Over time it became this project about all sorts of other things: a global grassroots movement about street design, transportation equity and democratic streets.

SD: You've stated that you're afraid to bike in Vermont. Please explain.

JB: There's a variety of vehicles that are so much larger than a human on a bike. Drivers might not be expecting to see me. If there are safe divisions [for bikes], biking just becomes a safer and more likely experience for me.

Every year now, I see more and more people biking in Vermont — and walking on really busy roads that don't even have sidewalks.

SD: Why is there opposition to dedicated bike lanes?

JB: Opponents usually cite the cost and the effect on parking. Yes, you're going to lose some parking. But you're going to increase the [number] of people potentially that can flow down your street, which is important as we prepare for future growth in our cities.

SD: Have you found ways to improve crosswalks or otherwise make street crossings safer for walkers?

SD: In what way did the pandemic actually benefit efforts to make streets safer?

JB: More and more people were using bikes for transportation, as well as exercise. I think that it very clearly helped us understand that we could redesign to meet the needs of a community. We were able to change our streets without proposed legislation and discussion and a lengthy year, two-year, three-year period of study. Overnight, communities were able to change the streets to meet their needs.

SD: What's been the public's reaction to the film thus far?

JB: In September, we started what we're calling our impact, or outreach, campaign. Even during this ramp-up period, [the film] has kind of exploded, and it has distribution on PBS and Amazon. But what I'm really excited about is that grassroots organizations are able to use it as a tool to help them do the good work that they're already doing.