The Stranger Play Festival Focuses on Works by Women Playwrights 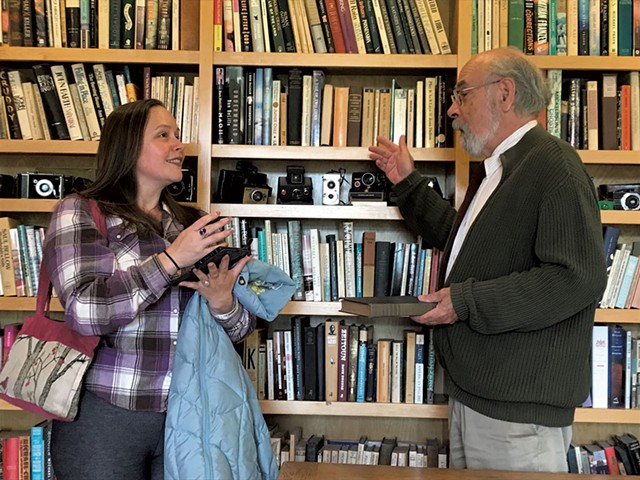 As the bell-voiced Vermonter Neko Case once crooned, "The most tender place in my heart is for strangers." These words could be a mission statement for the women playwrights behind the Stranger Play Festival, a showcase of new works that debuts later this month at Off Center for the Dramatic Arts in Burlington and the Grange Hall Cultural Center in Waterbury.

Each of the festival's four short plays, which range in length from 12 to 25 minutes, explore the subtle shades of what it means to be "strangers," said Vermont playwright and festival cocreator Jeanne Beckwith. "Could two people who have been friends all their lives and then both experience Alzheimer's suddenly become strangers?" she mused. "How well can you really get to know someone you see at a coffee shop all the time?"

The plays' characters grapple with the fundamental unknowability of other human beings — and what that means for the state of interpersonal relationships. The official teaser for one of the works, Chagrin Valley by Boston playwright Hortense Gerardo, offers a glimpse of the existential territory in which the festival takes place: "Joris and Eloi meet-cute, until Gabriel comes along, and then it's not so cute. But then again, define cute. Define anything."

The playwrights presenting works in the Stranger Play Festival — Gerardo; Beckwith, who lives in Roxbury; Elizabeth Flanagan, from San Francisco; and Alex Karolyi, from Toronto — might have remained strangers themselves had they not met last summer at a master class in Concord, N.H. As Beckwith recalls, all the men in the workshop wrote dramas revolving around families, friends, lovers and other people with intimate knowledge of each other. The women's plays, by pure coincidence, all pivoted on relationships in which the characters had no history.

Spurred by this synergistic connection, the four women decided to organize a theater festival around the stranger theme. Due to the relatively high cost of doing absolutely anything in Toronto, Boston or San Francisco, Vermont emerged as the locale of choice.

But probing the various permutations of strangerhood isn't the festival's sole raison d'être, said Beckwith; creating a space for women to tell stories from their own perspectives was equally critical.

"Women still don't get produced," she said. According to American Theatre's 2018 gender-parity survey, female-authored works accounted for 30 percent of all productions. A 2017 report by the Actors' Equity Association found that white men continued to occupy the majority of high-level jobs.

In the interest of disrupting this long-standing hegemony, the Stranger Play Festival has assembled a predominantly female and Vermont-based crew, including directors Tess Holbrook, Monica Callan, Kim Ward and Sarah Venooker. There are male roles in the plays, but, in this universe, the female artists get to be their puppeteers.

Beckwith and her fellow playwrights can't say whether the festival will continue in years to come — though she's adamant that they'll try to keep it going, perhaps in one of those aforementioned expensive cities. But she's certain of one thing: "Our friendship is going to be permanent."