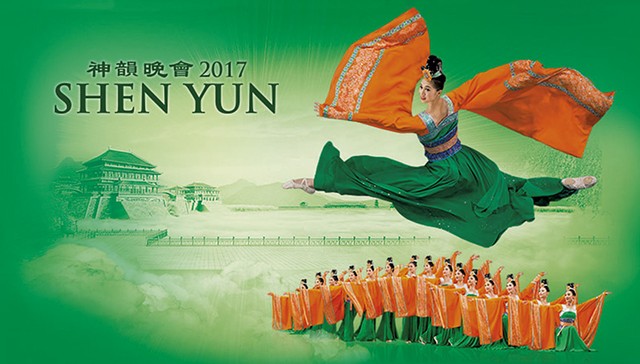 Have you heard that Shen Yun, the internationally acclaimed Chinese dance extravaganza, will perform two shows this weekend at Burlington's Flynn Center for the Performing Arts? If not, you must be living way off the grid.

In recent weeks, the New York-based company behind the show has inundated the Green Mountain State with a full-blown marketing blitz: repeated commercials on local radio and television, glossy color inserts and newspaper ads (including eight weeks of the latter in Seven Days), web infomercials, Facebook ads, six-page direct mailers distributed throughout Chittenden County, pamphlets handed out on Church Street, even a banner spanning Shelburne Road in the city's South End.

The promotions for this lavish affair, which is part of a 30-country world tour, feature images of silk-draped dancers in traditional Chinese garb. Ads include gushing testimonials from international celebrities and dignitaries, some of whom claim to have seen the "once-in-a-lifetime" performance multiple times. One print endorsement calls Shen Yun "absolutely the No. 1 show in the world."

John Killacky, executive director and CEO of the Flynn Center, which is hosting Shen Yun for the third time in two years, couldn't put a dollar figure on the advertising campaign, as the Flynn doesn't handle the show's marketing. But he said he's "amazed" by the "inordinate amount of money" behind it. Tickets aren't cheap, either: The costliest go for $123. By comparison, the top ticket for the Broadway touring production of Annie is $75.

If the over-the-top promotion feels somewhat cultish, there's a reason for that. Shen Yun — which translates as "the beauty of heavenly beings dancing" — is promoted locally by the Falun Dafa Association of New England, which is affiliated with Falun Gong and its controversial founder and spiritual leader, Li Hongzhi. According to the show's website, Shen Yun was founded in 2006 by Falun Gong members seeking to preserve traditional Chinese culture; it's since grown to four different touring troupes. Shen Yun Performing Arts is headquartered at Dragon Springs, a 427-acre compound in Deerpark, N.Y., that includes residence halls, classrooms, meditation halls, gardens and a Tang Dynasty-style temple.

Founded in 1992, Falun Gong claims 80 to 100 million followers worldwide, including more than 10,000 in North America. Whether it's a religion, a spiritual movement or a cult depends on whom you ask.

In 1999, China's Communist Party formally branded Falun Gong a cult and outlawed it. The official website for the Chinese embassy in the United States describes Li as "an evil figure" whose "fraudulent behavior" has been "seriously disrupting social order and sabotaging the hard-earned social stability of China." He currently lives in exile in the United States. 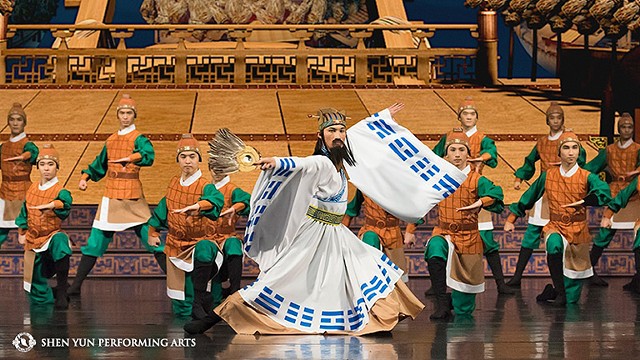 For their part, Falun Gong members accuse China of persecuting, jailing and executing thousands of the group's adherents, then harvesting their organs for transplantation. International human rights activists who've investigated such claims as recently as June 2016 allege that systematic organ harvesting from Chinese prisoners, including Falun Gong members, is widespread. The Chinese government vehemently denies those claims.

Experts on cults in this country differ in their assessments of Falun Gong/Falun Dafa and its leader. Michael Langone, executive director of the International Cultic Studies Association in Bonita Springs, Fla., has been investigating cults and cultlike groups since 1978. He says any assessment of Falun Gong must take into account its long-standing war with China's Communist Party, which he suggests only fuels the group's cultlike tendencies.

Langone, who's never investigated Shen Yun itself, suggests that a large and decentralized organization such as Falun Gong may exhibit "cultic dynamics" of bullying and intimidation of some followers without being permeated by those dynamics.

In 2001, Langone's group tried to mediate a dialogue between Falun Gong and the Chinese government at the ICSA's annual conference in Seattle. That dialogue broke down, but not before a representative from the Chinese consulate in San Francisco showed conference attendees an anti-Falun Gong propaganda film. Langone describes it as "laughable ... like Reefer Madness," the 1936 film that grossly exaggerates the dangers of marijuana.

"The Falun Gong members we met were passionately persuasive because of their concern of the persecution of their relatives," Langone said. "They're not talking about abstract strangers being thrown in jail. They're talking about fathers and mothers and brothers and sisters. So I cut them a little slack, because they're fighting a totalitarian government that's hurting people they love." 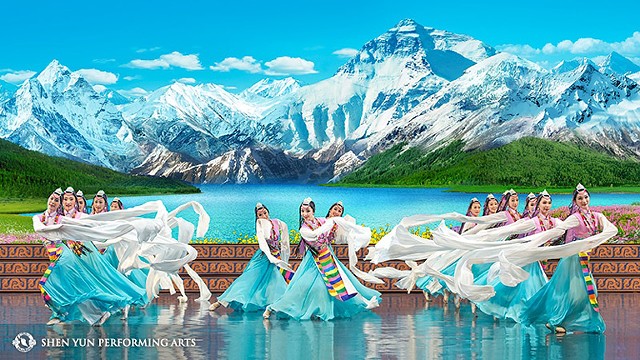 By contrast, cult expert Rick Alan Ross cuts Falun Gong no slack whatsoever. Ross is founder of the Trenton, N.J.-based Cult Education Institute and author of the 2014 book Cults Inside Out: How People Get In and Can Get Out. He devotes two chapters to Falun Gong and his work in deprogramming its followers in the U.S. and Europe.

In a phone interview and email, Ross branded Falun Gong as "a destructive cult" whose leader, "Master Li," he likened to Church of Scientology founder L. Ron Hubbard. According to Ross, Li claims to possess supernatural powers and runs his group "like a dictator."

Ross, who's never seen the show, characterizes it as the multimillion-dollar "marketing and recruitment arm" of Li's financial empire. He says Li owns multiple homes in the United States, including one in Queens, another on Staten Island, a "country mansion" in New Jersey and a condominium in Chicago.

"[Li] is a multimillionaire, that's for sure," added Ross, citing a February 24 story in the Los Angeles Times that valued Falun Gong's net assets in the U.S. at more than $38 million. "Becoming an object of worship is a great way to make money."

Ross also highlighted some of the more controversial remarks that Li has made in his writings and in press interviews. They include expressions of abhorrence for miscegenation and mixed-race offspring, which Li said "confuses the gods." Similarly, Li has described homosexuality as "filthy," "deviant," "repulsive" and "incestuous," and predicted that gays will be "the gods' first target for annihilation."

Over the years, Ross said, he has challenged Falun Gong members, whom he characterizes as "mostly Chinese ex-pats and middle-aged Chinese women," about such remarks, but none have refuted or qualified them.

"The bottom line is, you can never get them to say that Master Li is wrong about anything," Ross added.

How effective is Shen Yun at "marketing and recruitment"? If the show is a fundraiser for the Falun Dafa Association of New England, it hasn't filled that chapter's coffers. According to the nonprofit's 990 filing with the Internal Revenue Service in 2015, the group's net assets were in the red for more than $221,000.

As for content, the Shen Yun performance purports to cover 5,000 years of Chinese history. By all accounts, it's a lush, breathtaking and mesmerizing production of storytelling dance.

"You will be taken on a journey to magnificent eras in Chinese history, as well as to periods from China's recent past," Shen Yun's website reads. "Ancient stories and legends, ethnic and folk traditions, villains and heroes will come to life on stage through classical Chinese dance, live music and stunning digital backdrops. You can expect an experience like no other, one that not only entertains, but also enriches and inspires."

Some reporters who've seen the show — this one has not — describe it as featuring blatant anti-Communist China propaganda that is occasionally over the top. As the Fresno Bee reported in December, the show depicts Chinese authorities brutalizing a mother who practices Falun Dafa meditation and forcibly separating her from her child.

But others suggest that spectators can enjoy Shen Yun without feeling like they're attending a political rally or tent revival. According to Killacky, the Flynn has never received a single complaint about the show's content, nor did Shen Yun sell or distribute religious or political propaganda at previous shows.

Efforts to seek comment from the Falun Dafa Association of New England and its Vermont contact went unanswered as of press time.

The original print version of this article was headlined "Shen Yun: Entertaining Family Fare, Political Propaganda — or Both?"