The South Burlington City Council Chair May Have Violated Campaign-Finance Law; Could She Get Busted for It? | Politics | Seven Days | Vermont's Independent Voice

The South Burlington City Council Chair May Have Violated Campaign-Finance Law; Could She Get Busted for It? 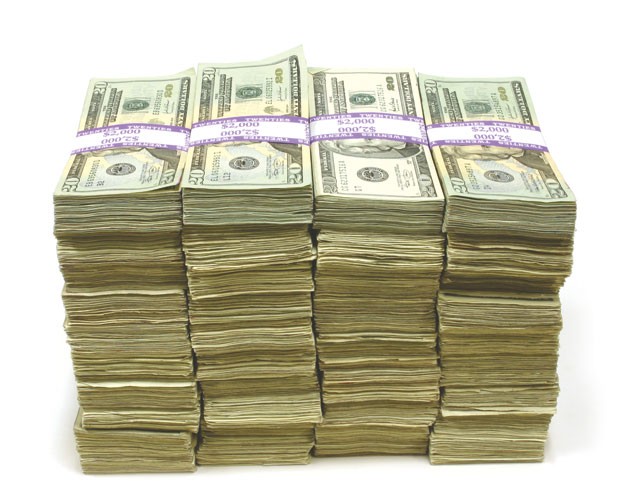 Paul Engels hasn’t forgotten the city council election held in South Burlington six months ago. And it’s not just because the former councilor was one of two landslide losers in that race, in which unusually large amounts of money were spent in a successful effort to flip the majority of the political body that sets policies for Vermont’s fifth-largest city.

No, Engels has a specific complaint: the apparent failure of South Burlington City Council Chair Pam Mackenzie to comply with Vermont election law. Engels, who describes himself as a progressive, recently alerted the attorney general’s office that Mackenzie’s political action committee, Pam PAC, had not filed a required post-election report on contributions and expenditures.

Pam PAC paid for three full-page ads in South Burlington’s Other Paper, as well as a full-page ad in the Burlington Free Press. Each of the ads touted council candidates Chris Shaw and Patricia Nowak. Both those challengers, who ran as a team, clobbered their respective opponents in Town Meeting Day voting last March. Nowak ousted Engels from a two-year council seat by a 2-1 margin, while Shaw racked up the same ratio in his victory over Sandy Dooley, who had held a three-year seat.

Mackenzie’s PAC did file a preelection report that’s posted on the Vermont secretary of state’s campaign finance website. It lists a $1090 contribution from Mackenzie herself and an identical amount from DeckerZinn, her business consulting firm. But Vermont elections director Will Senning says the secretary of state’s office has no record of receiving a second disclosure for Pam PAC, which was due in mid-March.

Asked in a telephone interview last week about this seeming violation, Mackenzie insisted she had filed a post-election report for Pam PAC. “I have no idea why it’s not posted,” she said.

Adding that she did not have a copy of the report she claimed to have filed, Mackenzie stumbled in trying to specify how much Pam PAC had collected and spent altogether. She said at first that donations and expenditures since the first filing had amounted to $450. Questioned as to how that sum could cover about $2000 in Pam PAC ads, Mackenzie amended her initial statement, saying the second filing actually showed the same contributions and expenditures as the first one did — another $1090 each from herself and her company, all spent on advertising. That would amount to $4360 in total Pam PAC receipts and outlays for South Burlington City Council races in which fewer than 3500 votes were cast.

Judy Kearns, publisher of the Other Paper, says the advertising spending for that election was greater than for any other during the four years she’s helmed the South Burlington weekly.

But even if the figures cited by Mackenzie are accurate and the secretary of state’s office somehow misplaced her filing, Pam PAC may still be in violation of Vermont campaign-finance law. It mandates that a PAC must not accept contributions totaling more than $2000 from a single source in any two-year general election cycle. Mackenzie suggests that she contributed $2180 to Pam PAC — and so did her business.

A state investigation based on Engels’ complaint is at “a very initial stage,” says Bill Reynolds, director of the administrative law division in the AG’s office. “We’ll be sending a letter to Ms. Mackenzie seeking information.”

Is there a fine in her future? Not likely. Vermont’s campaign finance disclosure law is almost never enforced.

Many individual candidates for public office fail to file contributions and spending reports, Senning notes. The secretary of state’s office doesn’t do anything about that, nor does it check the accuracy of filings it does receive, Senning says. He cites “inadequate staffing time” as the factor in his division that allows the law to be routinely ignored. “We rely on the press and public to reveal” violations of election law, Senning adds.

Located a short walk away on State Street in Montpelier, the attorney general’s office also does not review campaign finance disclosure records on file — or not on file — with the secretary of state.

Theoretically, a candidate or a PAC that doesn’t comply with disclosure requirements can be fined up to $10,000 — and that has only happened twice in recent memory. Both were high-profile cases. In 2011, Vermont Superior Court ordered an advocacy group funded by the Democratic Governors Association to pay a $10,000 penalty for failing to register with the Vermont Secretary of State before spending more than $500,000 on ads attacking Republican gubernatorial candidate Brian Dubie. The superior court’s judgment is being appealed to the Vermont Supreme Court.

Similarly, in December 2011, the state sued Dubie’s 2010 political campaign and the Republican Governors Association, alleging that Dubie shared confidential poll results with the RGA, which then used that information to tailor advertisements in support of Dubie.

The Vermont Superior Court decided that amounted to “coordination,” and so the value of the RGA’s radio and TV ad blitz — about $240,000 — should be considered a donation to the Dubie campaign. That sum far exceeded a $6000 contribution cap, Attorney General William Sorrell’s office argued, and was hence an illegal donation.

Gubernatorial candidates aside, though, it seems Vermont candidates and PACs can blow off state election law with impunity. Reynolds’ response? “I have no information to rebut that.”

State Senator Tim Ashe said last year he would seek to strengthen enforcement of the law, but his and other proposed reforms did not win the legislature’s approval. “The campaign finance laws are a mess,” Ashe wrote in an email Monday.

In filing complaints related to an election he lost half a year ago, Engels insists he isn’t motivated by “sour grapes” or a desire for revenge. For her part, Mackenzie says of Engels, “He has every right to file whatever complaint he wants to.” But, she adds, “He also could have given me a phone call.”

“Why would I do that?” Engels says in response. And he describes Mackenzie’s claim of a misplaced PAC filing as “just amazing, really incredible.”

Pam PAC’s intervention in the council races “wasn’t fair, not even remotely,” Engels says. The $4360 or more that may have been spent by Pam PAC to defeat Engels and Dooley was piled on top of $7494 spent by Shaw in his race against Dooley and the $5043 Nowak spent to unseat Engels. Neither Engels nor Dooley spent as much cash as their opponents: Engels reported $1394 in expenditures; Dooley reported $3909.

But Engels has no issue with the amount of money spent by the Nowak-Shaw team. “I don’t think Chris and Pat did anything wrong,” he says. “They raised a lot and they spent a lot and they accounted for it.”

But Dooley, a self-professed progressive who’s married to Vermont Supreme Court Justice John Dooley, has not joined in Engels’ complaint regarding Pam PAC. “I’m certainly concerned about the lack of reporting,” Dooley says. Asked in a phone interview last week if she believes the council election was bought, Dooley responded, “The election was influenced by the amount of money spent, but I wouldn’t say it was bought.”

A majority of voters might well have decided to eject Dooley and Engels even if their opponents had spent only a fraction of the combined sum of roughly $18,000 laid out by Shaw, Nowak, Pam PAC and South Burlington Good Government.

Dooley and Engels were members of a council that played a role in unpopular decisions involving the handling of a proposed addition to the Cairns Recreation Arena. The council was also said to have botched the city’s relations with the National Gardening Association, which subsequently decamped to Williston. Dooley and Engels had also opposed local basing of the F-35 warplane. Nowak and Shaw recently joined Mackenzie in reversing the city council’s earlier statement of opposition to the bed down.

In addition, the period leading to last March’s election was marked by turmoil over the ouster of city manager Sanford Miller. Taken together, all these issues left many voters with the impression of a city council that, in Nowak’s words, “can’t get much of anything right.”