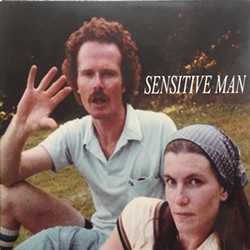 It's been a while since the Snaz were the new kids. I mean, yes, they're actually still kids. But if you pay attention to the scene in the Northeast, you've likely at least heard of them. The band's legend has spread like a hot rumor: "Did you hear those teenagers from Brattleboro?" With each record released and each single floated around the internet, the buzz surrounding them has grown — including on these pages.

So, when "Strung Out on Candy Bars" popped up in December as an advance single from the band's third album, Sensitive Man, expectations were high. The Snaz's tight, almost-punky jams and singer/guitarist Dharma Ramirez's knock-you-on-your-ass voice have established the quartet as a favorite breakout pick of music scribes throughout the region. But the future is now, as Sensitive Man finds the band fully formed and gathering power by the song.

The Snaz have found that magic balance between dynamics and space on their third effort. The album's sound is full, but the arrangements are such that each song breathes around Ramirez's melodies. They've also traded in repetition for playing with an eclecticism born of confidence. "All That I Need" has an easy groove, even flirting with ska for a moment. Meanwhile, "Desert Flower" creeps in with all the menace of a PJ Harvey song, eventually opening up into full-on-rocker mode.

The record's production is top-notch, and Ramirez's bandmates — Mavis Eaton on keys, Nina Singleton-Spencer on bass and Zack James on the drums — fire on all cylinders throughout. Yet Ramirez's sheer, undeniable power dominates. To have a great voice is one thing, but to have songwriting chops such as she displays on Sensitive Man is a whole other matter.

Each track bristles with the sort of design that comes from that rarest of gifts in songwriting: character. None of these tracks are filler, nor do any of them sound derivative of an influence the band is wearing too heavily. Such are Ramirez's abilities and clever lyricism that the Snaz needn't worry about escaping the teen-band trap — they've long since transcended that label. When she sings, "There's not enough of it, there's just too much of it," like a mantra on standout track "Honey," the weathered romanticism belies youth.

I don't know if the Snaz are the Next Big Thing. By all rights, they should be. It's rare to see a band come along with all the tools — and the Snaz have all the tools. They're a kick-ass band fronted by an undeniably talented singer and songwriter. And, more importantly, with Sensitive Man they now have a damn fine record under their belts.

The Snaz release Sensitive Man on Saturday, January 28, with a hometown show at the Stone Church in Brattleboro. The album will be available at thesnazmusic.com.

Speaking of The Snaz, Sensitive Man