Giving as good as it gets 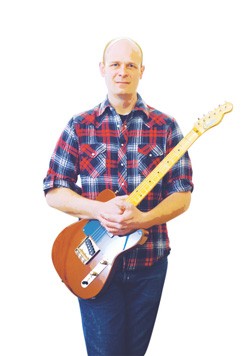 Welcome to the holiday season — and to the Seven Days holiday guide to gifts. Every Wednesday through December 21, we’re offering ideas for just about everyone on your list. For greater variety, a different writer weighs in each week: same set of recipients, unique presents of mind. (Note: Some of these recipients may be figments of our imaginations.)

And what do we want this year? Just for you to shop local, please and thank you.

Mother: Mom loves to knit. And, frankly, we love that she does. Her hats and sweaters have kept us warm since before we could walk. This year, we’re giving her a hand with some top-notch yarn from nido, a boutique textile shop in downtown Burlington. Most skeins run under $15, though some more high-end yarns are double that or more. The best part is that yarn is a gift that keeps on giving. We won’t be surprised to see a new set of mittens under the tree next year.

Father: He taught us how to swing a bat and how to throw a breaking ball. And while our dreams of playing left field for the Red Sox may have ended at Little League, Dad is the reason we still love baseball. Return the favor with season tickets to the Green Mountain boys of summer, the Vermont Lake Monsters, where the stars of tomorrow play today. Actually, maybe we’ll get him two. He’ll have to take someone out to the ball game, right? (Hint, hint.)

Grandparent(s): According to Grandpa, our family is descended from several European kings and queens, a notorious Wild West stagecoach robber, and Charlemagne. Thing is, Gramps can be a wily old coot and is never above pulling his grandkids’ legs. Call his bluff with a membership to the Genealogical Society of Vermont. That includes a subscription to GSV’s journal and quarterly, newsletter, free genealogical queries, and access to the special “members only” section of its website.

Teen Sis: OMG, we admit it. We’re stumped. Teenage girls have been a mystery to us since, well, we were teenagers ourselves. And being even a relatively hip adult doesn’t make decoding them any easier. But, like, whatever, right? How about we just buy you a cup of joe (or 10) and call it a day? (And, yes, LOL, we fully realize how lame it is that we just called your double soy mocha latte “joe.”) Here’s a gift card to one of Burlington’s finest java joints, Speeder & Earl’s.

Kid Brother: Though we wish we could wean him off those god-awful pop-punk records, little brother has really taken to music. And he’s built up some impressive chops on the guitar. Might be time for him to trade up from that used Fender Squier and find a real axe. Creston Guitars are the choice of discerning players in Burlington and beyond. Custom made and handcrafted, a Creston is as much an exquisite work of art as it is a fine instrument — especially if local artist Sarah Ryan paints it. Prices vary, but expect to shell out around $2000. It’s worth it.

Best Friend: When we think of our best friend, we think of all the great times neither of us remembers. Stealing booze from Dad’s liquor cabinet in high school, buying cheap beer with a fake ID in college and that one time at your bachelor party we … um, never mind. But now we’re older and (a little) wiser, and more apt to appreciate fine spirits than rotgut in a plastic handle. So pour a tumbler of Vermont’s WhistlePig straight rye whiskey, and cheers to old friends.

Pet: Though he’s getting on in years, Rex is still a pretty active pooch. And if he doesn’t get in his daily game of fetch, he can be kind of a pain. Problem is, during the winter months we don’t come home from work until well after dark, and we’re tired of losing tennis balls. That’s why we bought the Powzer Flash ’n Dash light-up ball. It has a battery-powered LED that shines as red as Rudolph’s nose, making it easy for our furry friend to find in the dark, or a few feet of snow. Good boy.