The Seventh Annual Middlebury New Filmmakers Festival Is Bigger Than Ever 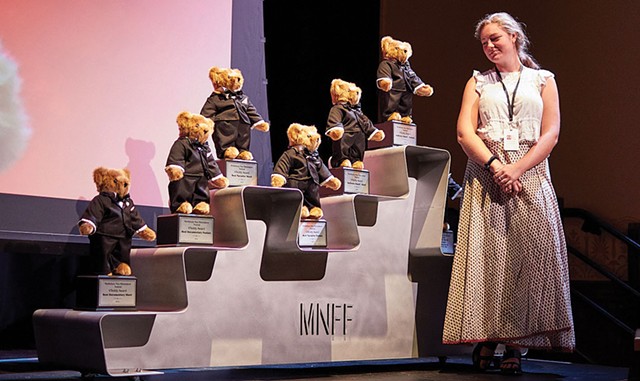 It's not often these days that gatherings expand rather than shrink. The seventh annual Middlebury New Filmmakers Festival is an exception. The festival will have more days, more venues, more screens and, most importantly, more films than in years past.

The five-day celebration of first- and second-time filmmakers will fan out across Middlebury from Wednesday, August 25, through Sunday, August 29. In addition to holding screenings at Town Hall Theater, the Marquis Theatre (two screens) and Middlebury College's Mahaney Arts Center, the festival has added an outdoor projection tent at the Swift House Inn to accommodate its abundant slate of 123 films.

"A filmmaker's work is not finally complete until the audience makes that connection and completes the cycle." Jay Craven tweet this

In a Zoom call with Seven Days, festival producer Lloyd Komesar said he and his team decided back in April to increase their capacity to avoid the typical festival crush and frenzy. "We felt that we should create an extra day and expand the touch points for the festival, so that no one would feel crowded," he said.

Pandemic safety is obviously another consideration. Like many events around the world, the 2020 MNFF was entirely virtual.

This year, Komesar said, "All of our social events are outdoors, so that we're not cramming people into rooms for socializing where there's beverage consumption or food consumption."

In addition, MNFF will require all attendees, including the many visiting filmmakers and special guests, to be fully vaccinated and show proof of vaccination when entering indoor venues.

Vermont filmmaker and MNFF artistic director Jay Craven, who was also on the Zoom call, explained why moving forward with in-person screenings felt so essential to this year's festival. "We take the view that a filmmaker's work is not finally complete until the audience makes that connection and completes the cycle," he said, "and suddenly the film comes alive." 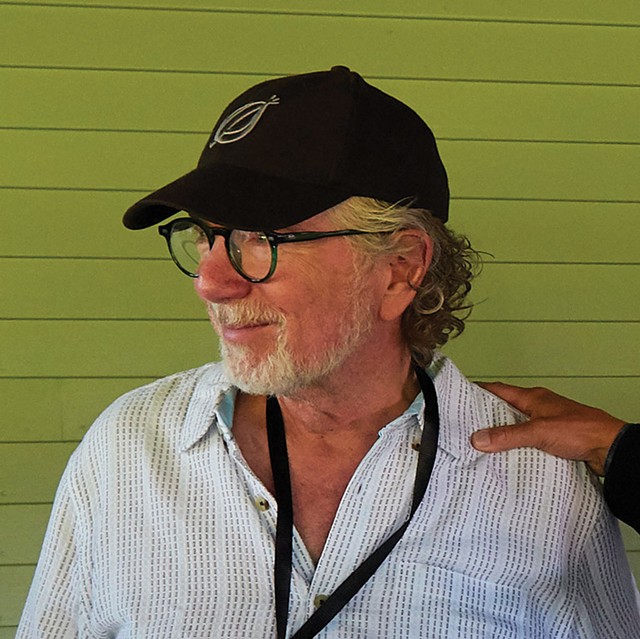 Komesar described the fest as, in many ways, a celebration of "filmmakers who had the perseverance and courage to get the work done over the last 18 months" in the face of so many obstacles.

The mission of MNFF is to showcase new voices in cinema, specifically filmmakers who have completed their first or second works in the past 24 months. The opening and closing selections that bookend the festival perfectly encapsulate this year's theme: in Craven's words, "connectedness and disconnectedness."

Kicking off the festivities is the documentary Storm Lake, about a small-town Iowa newspaper that won the Pulitzer Prize for Editorial Writing in 2017. The film examines the economic and ideological challenges facing local journalism and the threat they pose to a free and functioning democracy.

Art Cullen, editor of the Storm Lake Times, will be in attendance for a Q&A after the film. He'll also participate in a panel discussion the following day, discussing the state and function of local newspapers today with five distinguished Vermont journalists.

At the back end of the festival, the focus shifts from local to global. The closing-night film, The Ants & the Grasshopper, is a documentary that follows a Malawian activist as she travels to the U.S. to speak to farmers and relay what she and her people are experiencing on the other side of the planet as climate change dries up their crops and ravages their way of life.

In the midst of what are sure to be many new discoveries for festivalgoers is a selection of films whose reputations precede them. The directorial debut of Florian Zeller has already garnered its share of accolades. The Father earned two Academy Awards at this year's ceremony, including Best Screenplay and Best Performance by a Lead Actor for Anthony Hopkins, who plays an aging man whose dementia begins to tear at the fabric of his reality.

Fresh off of a theatrical run earlier this year, Ahmir "Questlove" Thompson's directorial debut Summer of Soul (Or ... When the Revolution Could Not Be Televised) will bring the sights and sounds of the 1969 Harlem Cultural Festival to the heart of present-day Middlebury.

Another recently released documentary, The Truffle Hunters, follows incorrigible septuagenarians and octogenarians as they trample the Italian countryside in search of culinary delicacies. Some Kind of Heaven concerns a few more irrepressible old-timers — about 130,000 of them — and their semi-curated lives inside the Villages, Fla., the United States' largest retirement community.

Familiar faces will grace the proceedings, as well. Actress Karen Allen will be in attendance for post-screening conversations about her iconic roles in Steven Spielberg's Raiders of the Lost Ark (1981) and John Carpenter's Starman (1984).

Editor and director Sam Pollard, a longtime collaborator with Spike Lee, will receive a special honor for Sustained Vision, Courage and Excellence in Filmmaking. Pollard will be on hand to discuss two films of his showing at the festival: 4 Little Girls (1997), which Lee directed and Pollard edited, and his new documentary, MLK/FBI.

These films are just a sampling from a slew of noteworthy selections and special prizes being awarded at the festival, including the launch of a new cross-cultural filmmaker exchange with the Bali International Film Festival.

A grant through the American Indonesian Cultural and Educational Foundation will enable Indonesian filmmaker Harvan Agustriansyah to present his film Sugar on the Weaver's Chair at MNFF. Additionally, American filmmaker Anji Clubb will not only show her film Nomad Meets the City at Middlebury but also travel to Bali to screen it there, as well.

Speaking about the exchange, Komesar said, "We may have created something here that is unique to us across the film festival world." He continued, "For a small regional film festival, we try really hard to diversify."

The proof is in the slate.