The Set List: Seven Bands to Know in BTV 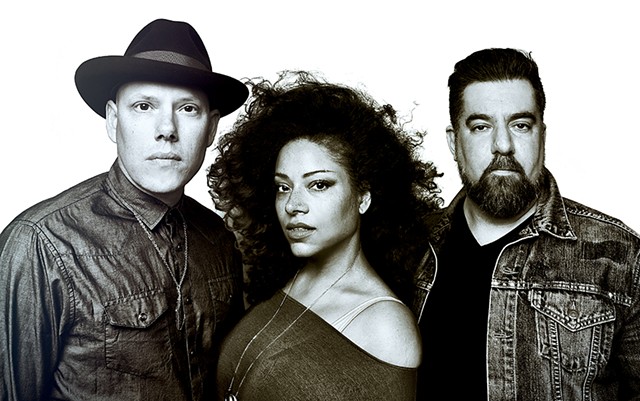 Psst! Want to know a secret? You've just arrived in one of the best places in the region to see live music. Not only can you catch singer-songwriters, bands and DJs seven nights a week, you can do so in all manner of styles — jazz, indie rock, blues, hip-hop, house and funk, to name a few. Music practically oozes out of the Queen City's every nook and cranny.

And to get up to speed on local music, feast your ears on these seven artists. Though this selection barely scratches the surface of what you might discover on an average night out, it's a diverse cross-section of the scene. For more, including album reviews, interviews and breaking news, find our weekly coverage at sevendaysvt.com.

Recommended if you like (RIYL): Sister Sparrow & the Dirty Birds, Alabama Shakes

Guitarist Dwight Ritcher and bassist Nicole Nelson met while working in the Boston blues scene — you may recognize the latter from her showstopping rendition of "Hallelujah" on the third season of NBC's "The Voice." The two players eventually partnered up — onstage and off — and landed in Burlington, where they and drummer Ezra Oklan have become scene stalwarts. The couple splits vocal duties, blending a shared love of classic blues and roots music with soulful, modern flair. A sharply produced and charmingly romantic 2018 EP, Electric Lights, solidifies their status as local leaders in modern blues. 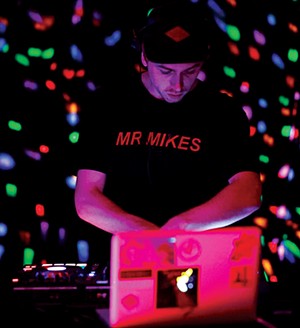 In a span of roughly two years, DJ SVPPLY — aka Andrew Goss — has gone from barback with no DJ experience to ubiquitous nightclub mainstay. When he's not holding down weekly residencies at Half Lounge and SideBar, he gigs at practically every other watering hole in town. Known for his dance party tributes to hip-hop and R&B superstars such as J Dilla, Rihanna and Beyoncé, Goss specializes in '90s and '00s pop, rap and trap. Whether hitting the decks solo or teaming up with frequent collaborators Bankz and Blackout Barbie, he never fails to keep the dance floor full. 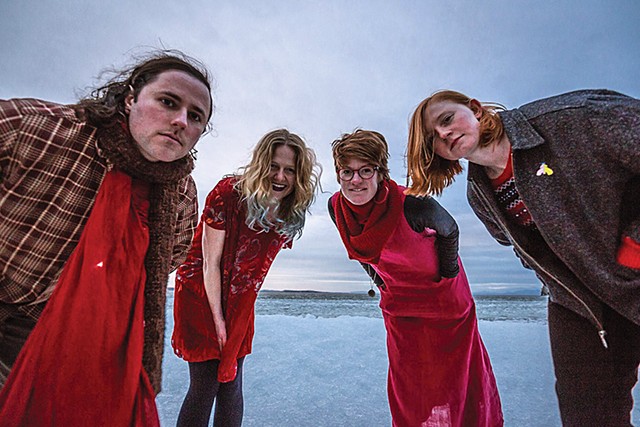 When Julia Caesar first arrived on the scene in 2017, two things were clear: Everyone loved them, and no one could classify them. Both are still true today. The quirky quartet's idiosyncratic blend of confrontational indie rock brims with mountain folk harmonies and tripped-out psychedelic influences. From caustic to warm 'n' fuzzy, their work runs the gamut of human emotion. Front woman Katy Hellman is one of the founders of the Tuned In collective, a support group and resource for female-identifying and nonbinary musicians that promotes inclusivity and empowerment. 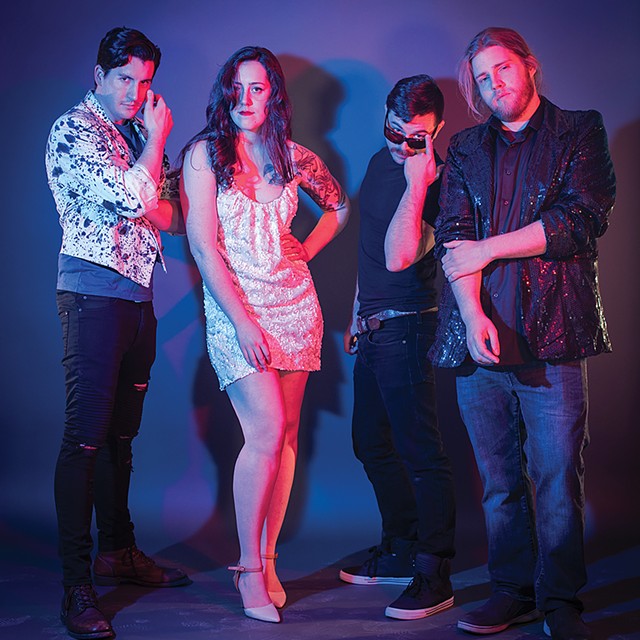 Known for their love for kitschy '80s culture, Night Protocol aren't ashamed to embrace the cheesy side of life. Falling squarely in the electronic pop subgenre known as synthwave, the band combines blistering synthesizers and drum machine with freewheeling electric guitar and bass. The foursome stacks its repertoire largely with classic '80s pop tunes, such Duran Duran's "Hungry Like the Wolf" and Animotion's "Obsession," while also mixing in dark and stormy originals. Fit with glittery sport coats and glowing LED drumsticks, this sensational quartet knows how to get a party started — and keep it going all night long. 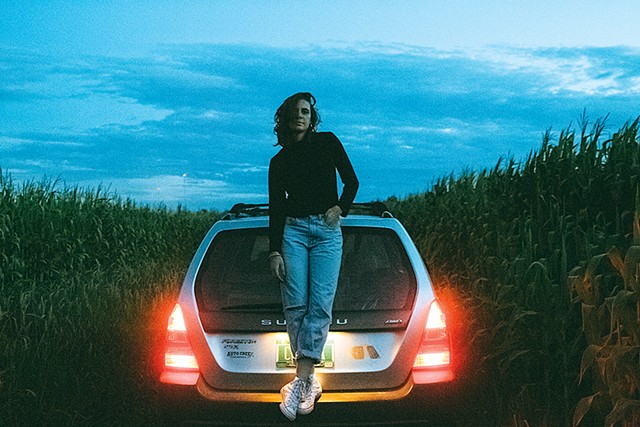 Francesca Blanchard was born in France and lived there until her family relocated to Vermont when she was in middle school. The singer-songwriter has been a professional musician practically since graduating high school. With a background in theater arts, Blanchard takes the stage with utter confidence. The bilingual chanteuse splits her lyrics between English and French and is known for her exceptional instrumental skills and vocal prowess. Her debut LP, Deux Visions, showcased her technical dexterity and profound emotional depth. 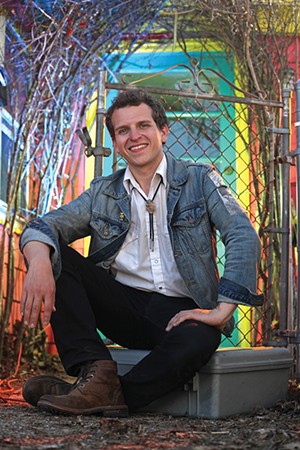 Eric George is the Queen City's go-to purveyor of all things twang. A veteran of street busking, he makes music that recalls the traditions of early and mid-20th century Americana. The multi-instrumentalist is a busy guy. Aside from playing solo, he holds down a spot in Ponyhustle, the house band at Radio Bean's Honky Tonk Tuesdays hootenanny, and hosts the intimate music venue's monthly open mic night. The prolific singer-songwriter and gifted craftsman is known to release multiple albums per year, which often come with limited-edition, hand-stitched lyric booklets and ornately crafted packaging.

West African funk-fusion ensemble Sabouyouma bring a taste of bandleader and balafonist Ousmane "MBoula" Camara's homeland to the Green Mountains. Similar to the wooden marimba, the balafon is a curved mallet percussion instrument widely used across Africa. Guinean-born Camara comes from a long line of griots — traveling historians, poets and storytellers specific to his home region — and has studied his instrument since childhood. Backed by a full band including additional balafon, djembe drums, horns and guitar, Camara leads the group with unbelievable speed and precision.