Booker T. Jones gets back to his roots 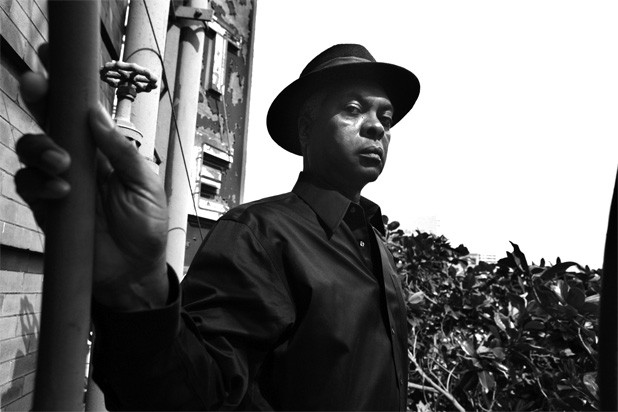 As the leader of Booker T. & the MGs, the house band at Stax Records in the 1960s and stars in their own right, Booker T. Jones was as instrumental to the soul imprint’s signature sound as any of its marquee acts, including Otis Redding, Carla Thomas and Sam & Dave. Four decades later, Jones, 66, is still churning out great R&B and funk. The Grammy-winning songwriter and producer recently collaborated with hip-hop band the Roots and has released a new album, The Road From Memphis, which has been hailed by critics worldwide as perhaps the finest of his illustrious career.

Seven Days caught up with Jones in advance of his upcoming appearance at the Tweed River Music Festival in Stockbridge on Sunday, August 14.

SEVEN DAYS: How did you become connected with the Roots?

BOOKER T. JONES: I had heard of the Roots several years before I had actually met them. I wasn’t super familiar with their music, but I met them doing a guest spot [on “Late Night with Jimmy Fallon”]. I enjoyed working with them and thought they would work out for my album.

SD: What was your overarching concept for the new record?

BTJ: When I first started writing, I knew I was writing both for myself and [the Roots]. That set the tone for everything, that it would be R&B, hip-hop based with live instruments.

SD: How do you feel about the new wave of retro R&B, people like Sharon Jones and Mayer Hawthorne?

BTJ: I’ve worked with both of those people. I think it’s great. The people are extremely talented and the music is authentic and reverent to the time. I really enjoyed working with Mayer Hawthorne in New York City. It’s kind of amazing that these people can dedicate their lives to that sound and do it so well, yet be so young.

SD: You worked with virtually every great artist at Stax. Who was the most impressive vocalist you worked with?

BTJ: Boy, that is almost an impossible question. But for the age he was, I would say Otis Redding. It was more than just singing. His live performances were extremely dynamic. He was charismatic. But he was also very humble. There were so many things about him that went beyond just singing.

SD: Had he not died at 26, where do you think his career would have gone?

SD: I was surprised to learn that you played on the last Rancid album, Let the Dominoes Fall. That seems an unlikely pairing.

BTJ: That was great. The song [“Up to No Good”] called for what I was doing. It was a match, oddly enough. But I enjoyed it. And they enjoyed it.

SD: You wear a lot of different hats. You’ve been a producer, bandleader, songwriter and a performer. Do you find any of those disciplines to be more satisfying than the others?

BTJ: I can’t say that one gives me more satisfaction. There are different levels of difficulty. I think to write an original song is ultimately harder than to produce a record. Performing comes very naturally to me. It’s also something of a hat trick. But the audience can give you energy, they can help you along if you’re having trouble. But they’re different, and challenging for different reasons.

SD: In your mind what was the most significant difference between Stax and Motown?

BTJ: I can’t say that Stax consciously came up with their philosophy, though I suspect that they did. But we [the MGs] did consciously come up with our philosophy, which was to keep things as simple as possible, and as raw and accessible and gritty as possible, without actually saying those words. It was an understanding among the core people that our music would just be simple and funky. But at the same time we had an understanding that we would try to push our own limits, specifically in terms of funk, for lack of a better word.

SD: Motown could be pretty funky, too, though.

BTJ: Motown seemed to have an attitude of funk, too. But they seemed to be willing to color it with strings and classical textures and have a lighter feel.

SD: You often hear rock scholars suggest that Motown intentionally made their music palatable for larger audiences, and specifically white audiences, while Stax seemed less concerned with pandering to the mainstream.

BTJ: That’s true, I think. But in reality, I think that policy got us just as many white listeners as Motown had.