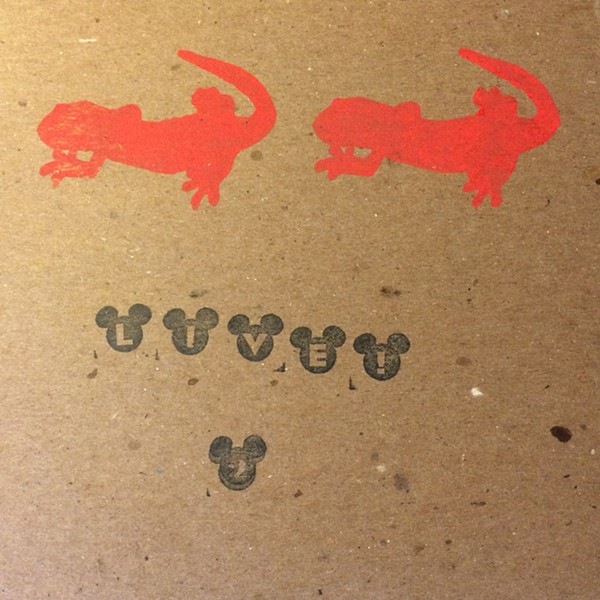 For the past three years, Burlington's the Red Newts have ranked among the area's busier bar bands, haunting juke-joint stages around the state. Theirs is a rambunctious, rambling take on blues, rock and country that makes an ideal soundtrack for bellying up with friends in low places. But does that boozy, bluesy sound work in other, presumably more sober settings, like, for example, your home or car?

This is the central question of the Red Newts' latest recording, LIVE! Bootleg #2. Recorded recently during a show at Nectar's, the album is the second in a series of live releases from the band. As the title suggests, it is just about bootleg quality, if not a notch below. That scratchy fidelity does lend the recording a degree of barfly charm. But, much like grabbing a barstool next to the town drunk, you can only hear the same old stories and jokes so many times before the charm fades. Or, in this case, tinny, hollow production.

No question the Red Newts have chops as a live band — they'd have a hard time gigging as much as they do otherwise. But every band and every show has blemishes. Where those clams and sour notes might simply dissipate into the glass-clinking chatter at the Olde Northender Pub or Charlie-O's World Famous, on LIVE! they're preserved and pervasive.

It doesn't help that the album takes a while to get going. The opening track, "JAM—-> My Starter Won't Start" is an overlong 16-and-a-half-minute jam/Lightnin' Hopkins cover, the first minute of which is mostly bar noise and preshow noodling. Three of the next four cuts are also covers: a pleasantly noisy rendition of Bo Diddley's "Who Do You Love?" and middling, off-key takes on Arthur Crudup's "My Baby Left Me" and James Brown's "I'll Go Crazy." The last two are sung by Sarah Cutler.

Though front-loaded with covers, seven of the album's 11 tracks are originals. Of these, guitarists/vocalists Nick Losito and Jon Hanlon roughly split writing and front-man duties. And here we get a glimpse of what the Red Newts might be capable of on a proper recording. The two prove to be complementary; Losito favors a dark, noir-ish approach to blues, especially on "It Ain't Murder," while Hanlon takes a more explosive tack. The relentless punkabilly of the latter's "Playin' Chicken" is an album highlight.

It doesn't seem quite right to dock points from LIVE! Bootleg #2 for subpar sound quality — it is, after all, a live bootleg. Still, it's fair to wonder if the recording would appeal to anyone but the Red Newts' most die-hard fans. But here's what might: a legitimate recording of the band's enticing original material.

LIVE! Bootleg #2 by the Red Newts is available at therednewts.bandcamp.com.