The Race to Refi 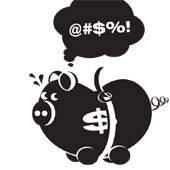 When Sgt. First Class Steffan Defeo of the Vermont Army National Guard bought his house in Duxbury in 2006, he used a 30-year fixed-rate mortgage with an interest rate of 6.5 percent. Last fall, after the combined effects of the subprime mortgage crisis and the credit crunch sent rates plummeting, Defeo got a call from his mortgage broker, Reeni Murphy.

A senior loan officer at Mortgage Financial, Inc., in Colchester, Murphy suggested that Defeo refinance his home. “She was like, ‘Hey, the interest rates are at 5.5. What do you want to do?’” he recalls. “I’m like, ‘Uh, what do you mean? That’s a stupid question. I’m in!’”

Defeo refinanced his mortgage at the lower rate and decreased his monthly payments by $160. He jokes that he’s using the extra cash to buy produce at Montpelier’s Hunger Mountain Co-op. “My wife loves the organic vegetables,” he says.

Defeo is part of the current “refi boom.” Mortgage rates have fallen dramatically in recent months; according to data from Virginia-based Freddie Mac, the average rate on a 30-year fixed mortgage last week was 5.07 percent, down from 6.63 percent for the week ending July 24, 2008. Those low rates have many homeowners scrambling to refinance.

In some cases, the savings can be huge. A part-time Shelburne resident named Pam, who’d rather not use her last name, also recently refinanced through Murphy. She and her husband, who spend most of the year at their house in Maryland, bought their Shelburne property in 2002 using a so-called “jumbo loan” — a loan in excess of $417,000. They saved money by paying down the loan enough to make it a conventional loan, then refinancing it. Their original mortgage was at 6.25 percent; they refinanced at 5.125. “We’re saving about $800 a month,” Pam reports.

Mortgage broker Murphy says she has “definitely” seen an increase in the number of people refinancing. There may be more in coming months, as President Obama rolls out his plan to help homeowners avoid foreclosure — details will be announced on Wednesday, March 4. But Murphy also cautions that refinancing is not the right move for every homeowner. “It really depends on what people’s priorities are,” she says.

Murphy has been in the banking biz for 20 years. She processed mortgages until 2000, when she became a loan originator; she’s been at Mortgage Financial, Inc., for about a year and a half. When she gets calls from customers interested in refinancing, she poses a series of questions. “I always ask, ‘What do you owe, what’s your current rate, what do you think your house is worth?’” she says.

The answers are important, because they help determine if refinancing is even an option — some homeowners may not be able to take advantage of the lower rates.

The refi process is a lot like buying your home all over again. To refinance, you need to find a lender, and that may be harder today than it was a few years ago. Good credit is key — Murphy recommends a credit score of at least 720. And you need to owe less than 80 percent of the total value of your home. So if your house is worth $200,000, the principal on your mortgage can’t be higher than $160,000.

This week, says Murphy, she received a call from a homeowner who got a loan through the Vermont Housing Finance Agency. That’s “a great program,” she notes, “but they did 3 percent down, and there’s nothing I can do to help them.”

Murphy explains that, with a loan-to-value ratio of less than 80 percent, homeowners need to purchase private mortgage insurance. Those premiums are actually higher now than they were a few years ago.

If you do qualify for refinancing, Murphy suggests thinking about how long you plan to stay in your house. When you refinance, you incur closing costs, which will most likely run at least $2000. You may also need to have your property reappraised. Whether you pay at closing or roll the costs into your new loan, you’ll have to fork over cash at some point, which means it’s only worth refinancing if you’re going to keep the property long enough to realize a savings.

Most of the time, Murphy notes, the “break-even” point is two years or more. “If you’re going to sell in a year, I would say, don’t do it,” she says. Murphy also advises homeowners against refinancing if they have a loan of $50,000 or less. “If they’re going to put $2000 into their closing costs,” she says, “they might just as well pay it down on their principal.”

But Murphy notes that homeowners with bigger loans may benefit from refinancing even when the new rate isn’t a huge step down. “I refied someone just recently,” she says. “I did his purchase — he only bought a year ago. He had a pretty good rate, 5.625 percent, but his loan amount was over $400,000. We just refinanced him at 4.75 percent, and it was going to save him $240 a month. He’s getting his money back for those $2000 in closing costs in less than a year.

Economy culture economy housing getting by