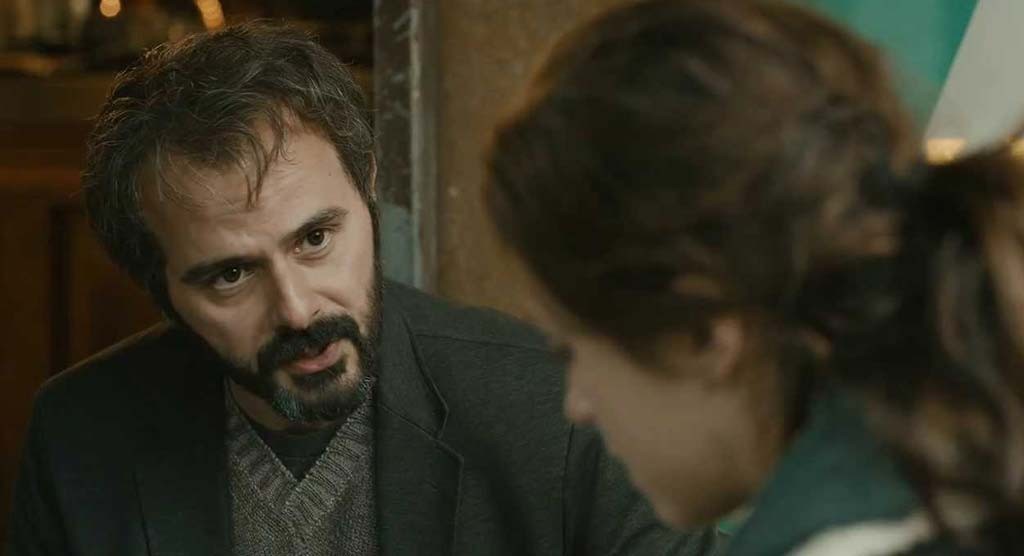 "I see screenwriting as a bit like a math equation which I have to solve," Asghar Farhadi has explained. Because he's an Iranian filmmaker — the first to win an Oscar (for 2011's A Separation) — he's under tremendous pressure to get that solution right, artistically and politically. If you screw up here, you get a Razzie. Over there you vanish into the twilight zone of the penal system. Or worse.

The same year A Separation was winning awards, for example, Iranian poet Hashem Shaabani was sentenced to death because authorities didn't approve of his views. He was hanged last month. This may have something to do with the pains Farhadi takes to make his characters relatable to Western audiences.

Urban, dressed like us, driving cars like ours and obsessed with their smartphones, they're an advertisement for the Iran its government wants the world to believe is the norm. Where they differ from actual human beings, though, is the way they rarely talk about politics or religion. Farhadi knows what can come of that. His friend, filmmaker Jafar Panahi, is still serving a 2010 sentence.

So is it any wonder the writer-director tends to make the same movie over and over? It's the movie Farhadi understands he's permitted to make. As did A Separation and Dancing in the Dust (2003) and Fireworks Wednesday (2006) and Canaan (2008), The Past regards the messy business of divorce in the context of a shifting cultural landscape. For someone who professes to enjoy a happy family life, the dude's got breaking up on the brain.

In the words of the philosopher Neil Sedaka, it's hard to do. This is the universal thread running through his work. What sets it apart is his proclivity for establishing a compelling premise, bringing well-defined characters to life and then piling on plot twists and sensational revelations until we realize what we're watching is soap opera packaged as art.

The Past starts as the story of a Parisian played by The Artist's Bérénice Bejo (looking spectacular in color). She's asked her estranged husband (Ali Mosaffa) to return from Iran so they can finalize their divorce and so he can crash at her place at the same time her current boyfriend (Tahar Rahim) is there. The film initially offers a restrained portrait of alternative domestic life.

The home is filled with kids — Rahim's son and Bejo's two daughters by a third man. Mosaffa has an easy rapport with all of them. The one sign that things aren't as idyllic as they seem: The older daughter (Pauline Burlet) is strangely uncomfortable around her mother's lover. At this point, the film morphs into a detective story, with Mosaffa tracking down the cause of her discomfort.

The movie is long, which regrettably allows Farhadi time to pile on even more melodramatic twists and revelations than usual. The string of surprises is all the narrative has to offer, so I won't comment on them except to say that five or 10 minutes into hour three, the film reaches a critical mass of preposterousness.

Love, betrayal, grief, tragedy, regret, suspicion, guilt, cruelty, a coma, even the dry-cleaning business factor into the mystery, though in ways that feel arbitrary. It's not clear what the filmmaker is trying to say, but it's entirely conceivable he's making a point of not making a point, of not saying the wrong thing by not saying anything.

As an attempt to solve a math equation, The Past is a glacially paced and overwrought miscalculation. As an attempt to avoid controversy in a country where bad reviews can be bad for your health, though, it's the picture of success.

The Past (Le passe)