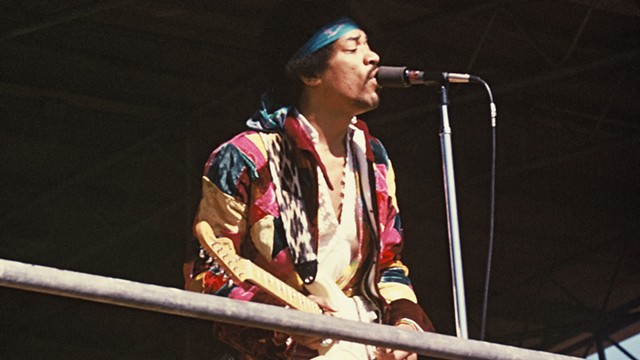 The organizers behind the failed Shrinedom 2017 music festival say they’re trying to do right by frustrated concertgoers. Hundreds flocked to the Irasburg fest Saturday to hear some ’80s metal, but instead saw the event cancelled before a single headliner could take the stage.

Crossova Concepts and Kingdom Cares have announced “Shrin-i-er-dom 2017,” a makeup music festival set to include performances by rock legends Jimi Hendrix, John Lennon and David Bowie, among others. The event has been billed as the largest musical event in Vermont history and “definitely, 100 percent not a complete and utter fucking scam, so just trust us on this one, OK?”

“After the unfortunate cancellation of our last event, we realized we’d have to bring in some seriously big time acts to ensure we sell enough tickets to actually pay people this time,” said event organizer Swifty McShifty. “I must admit I seriously overestimated the number of Vermonters who lived through the ’80s yet somehow maintained an interest in hair metal bands.”

McShifty, who is definitely all about the music, said he discovered Hendrix, Lennon and Bowie on the popular music streaming service Spotify.

“They were extremely highly rated and their play counts were just out of this world. I knew I had to bring them to Vermont!" he explained. " You have my word that they’re all confirmed to play and will definitely get to take the stage this time around.”

When if asked ticket buyers might once again get totally and irreconcilably screwed over on the day of event, McShifty admitted that some things are beyond his control.

“Well listen, if the artists fail to make the show, that’s on the artists themselves. I have no way of knowing whether or not Jimi Hendrix will actually show up that day," he conceded. "All I can tell you is that his representatives said he would be there and he’s really looking forward to rocking the Green Mountain State!”

And what should happen if the makeup event does get cancelled as well?

“Naturally, all the organizers will just point fingers at each other and pretend like we haven’t seen any of the money, like the true professionals we are," he replied. "Now, if you’ll excuse me, I’m actually on an extended vacation in the Cayman Islands right now. See you next month at the most epic show of your entire life!"

McShift paused, then added, "Actually, there's a pretty decent chance I'll be vacationing again that week. But you should definitely go. It will be like nothing Vermont has ever seen!"

The concert is scheduled for Saturday, October 21. Tickets start at $300 and no refunds will be provided under any circumstances.