Less than a week after it announced a competition to redesign the city’s 30-year-old emblem, a spokesperson from Burlington City Arts said the organization has already been inundated with flag submissions.

Aspiring vexillologists across the Queen City have have wasted no time sending in colorful ideas in hopes of someday seeing them flying high above City Hall. Rumors of a fierce competition brewing have been rampant throughout Burlington. The Parmelee Post has confirmed that speculation.

After pulling some strings — and, to be honest, doing some pretty despicable things that hopefully won’t come back to haunt us — the hardworking folks at the Parmelee Post were able to convince city officials to grant us an exclusive preview of some of the more promising entries into the citywide flag design competition.

Below you will find a series of potential Burlington flag designs along with artist statements from their respective designers.

The Famous Friend — "This design is dedicated to all the phenomenally talented and visionary friends I've been lucky enough to meet in Burlington. Sometimes those friends garner attention outside of our small city and move on to bigger and better things. It's sad to see them go, but you obviously can't help but be happy for them.

"Still, it'd be really nice if they'd return my calls from time to time. I mean, we have to accept that there are plenty of other people around the country who find value in their work, but … is it so hard to take 30 seconds out of your day to respond to an email? The last thing I'd want to do is hold you back from realizing your full potential. But maybe just 'like' one of my posts from time to time so I know you know that I still exist?

"I'm so proud of you, and definitely not bitter at all. Seriously. Did you get that Facebook message I sent you last week? The messenger app says you read it at 3:47 p.m. Friday, so I know you got it. Maybe just respond with an emoji if you're busy? Really any sign of life at this point would be amazing. Sorry. I know you're busy. I really am trying to be supportive, I just miss the way things were between us. Shit, that sounded pathetic. You're amazing. Call me!"
— Paul

The Burlington — "I really just wanted to design a flag that really says 'Burlington,' you know? Like, no matter how you look at it you walk away thinking to yourself, OMG, that is just so Burlington. Something universal."
— Rebecca Spelsitout

The Jitters — "My idea was actually pretty simple: a basic coffee cup for every coffee shop in town. To be honest, I ended up running out of room before I accounted for them all, but hopefully that doesn't matter. It's not like you're going to check on that are you? I mean, I bet three more of them popped up since I sent this in, anyway.

"At the very least you should only count the number of coffee shops that were operational at the time I submitted this design. That seems fair. I'm sure I was pretty close, at least."
— Marcus Machiotti

Fourteen Stories — "Each one of these books represents a unique story from Burlington's fascinating history. Everyone loves a good story, but people really lose their minds when you propose stacking 14 of them on top of one another.

"I try to be edgy with my work, so I really wanted to explore that conflict. I mean, I get it. It's scary to think I might not be able to see the lake from the CVS pharmacy or Rite Aid or L.L. Bean or Urban Outfitters anymore because commercial developers are trying to turn a profit."
— Clara Coalitty

The North Star — "I know it wouldn't matter much in the event of a nuclear war, but isn't it comforting to know that Burlington is less than an hour away from an international border? How hard could it be to acquire citizenship? I'm very adaptable.

"And have you been to Montréal? Damn, everyone is so beautiful in that city. And the language! So sexy. I bet they're all just saying the same old mundane shit, like, 'Maybe I should try going vegan for a week. Just to see how it feels.'

"But damn it sounds so exotic to American ears. I fall in love every time I visit. I should just do it. Life is too short. I need to live more. Maybe I'll meet a girl in an art gallery. I should start reading more art books. I bet they have those up there. That's it. I'm gonna do it."
— Phillip Canuckle

The 33% — "My design is a dollar sign. One third of it is on fire, because that's how much of my income I burn on rent every month. Thousands of dollars I could be saving that I readily hand over to some dude who lives in Bristol three months out of the year just so I can have a place to try to sleep in while listening to drunk college kids stumbling home. Live it up, kids: It sucks when mom stops footing the bill."
— Samantha Insomnelia

Drop the Bass — "Burlington gets a lot of shit for not being as diverse as other cities, so I wanted to give a shoutout to the fastest growing demographic in the city: the laptop DJ.

"At the current rate, Burlington is projected to be composed of  98 percent laptop DJs by the year 2019. Just goes to show how much this city has changed over the years. I think it's for the best, but it's hard to really think about anything once the bass hits. Just let the music take over you."
— DJ Space Barr 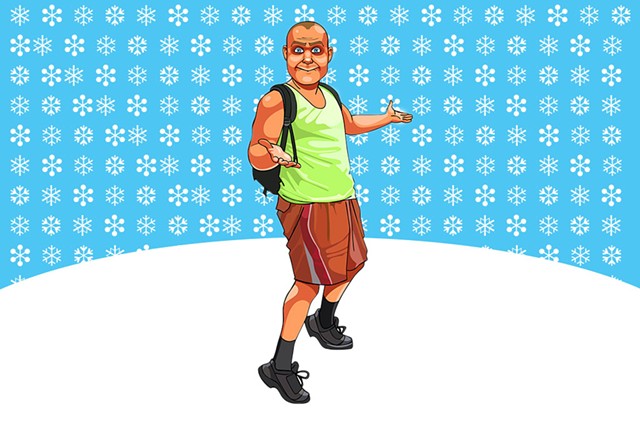 The Shorts in January Guy — "My design is a testament to the bravery of native Vermonters. We know you're cold, because it's 13 degrees outside, but you still have your shorts on and are acting unfazed. I wish I could be more like you. Actually, no. That seems really impractical. But there you are. You do you. I'm sure someone somewhere is really impressed."
— David Carhart 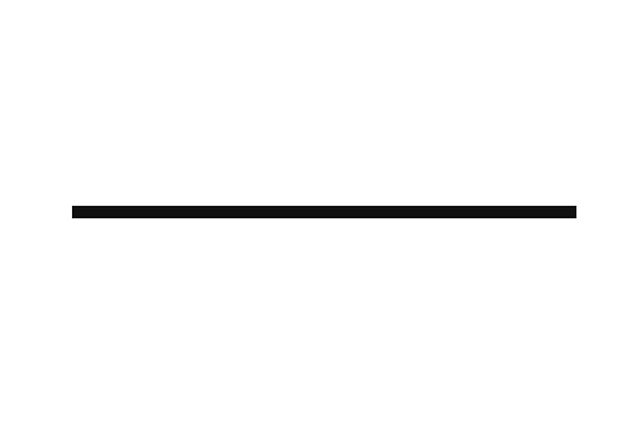 The Wait — "This is a long line. It represents the long line I waited in just to get food from a truck on a Friday night. All I wanted was some truffle fries. I waited 45 minutes, smelling everyone else's delicious fries the whole time just to find out they were sold out by the time I got to the front. I could have gone to an actual restaurant and gotten fries in 10 minutes or less. But no, I had to waste nearly an hour of my life because I'm an idiot. At least I got a little beer spilled on me in the meantime."
— Patricia Riottle 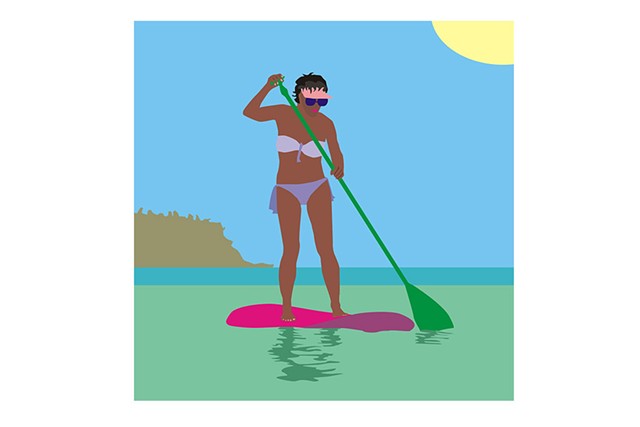 The Paddle Bored — "I mean, it looks kinda fun, right? Basically, you're standing on water like summertime Jesus or something. I wish I would have remembered that I'd eventually have to paddle back to shore before I ventured this far out onto the lake. What a dumb idea. I can't believe I let Becky talk me into this. Her ideas are the worst. Why didn't anyone warn me? To be fair, it seemed kind of cool for the first three minutes. But damn, that wore off fast. I really need to become friends with someone who owns a boat already."
— Sally Drifter 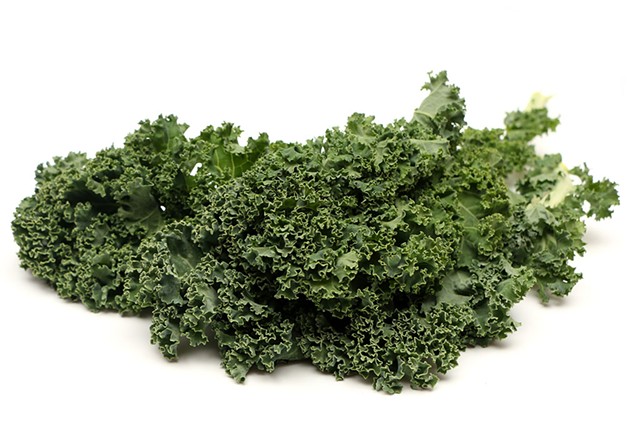 The Superfood — "OK, I'll be honest: This isn't actually a flag. It's just kale. But I have sooooo much. Our plot really took off this year and I have no idea what I'm supposed to do with it all.

"Are you or anyone you know interested? I'll gladly give the stuff away. The kids are starting to notice that I've been sneaking it into their water bottles. And juice boxes. And toothpaste. I need another approach altogether. Please take some. It'll make you live forever!"
— Michelle Groswell

The Grinning Streak — "This design is a testament to Burlington's unique nudity laws. As long as you don't disrobe in public, you're free to let it fly. It's a great way of showing unsuspecting families the amazing variety of forms the human body can take.  A well-timed streaker can teach you and your children much more about the male anatomy — because let's be honest: It's always men — than an advanced drawing course could ever hope to."
— Richard "Dick" McGuiness 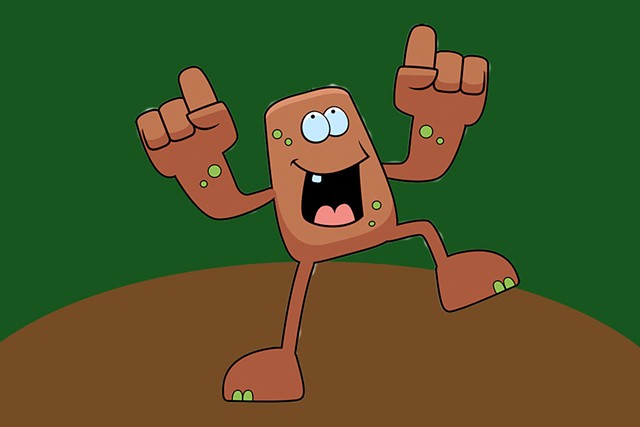 Contaminated Soil Man — "I'm sorry, but Champ is overrated and tends to hide from the limelight. Contaminated Soil Man is everywhere in this town! You can't even plant a tree without encountering him. If anyone deserves to be Burlington's mascot it's him. Get him on the flag!"
— Arthur Arbori

The Four-Way — "I know we were supposed to avoid text, but I feel like this flag could really improve this city if only more people saw it. Seriously, this isn't complicated stuff. But it's obviously something Burlingtonians need to see.
— Chase Nahyugo

The Jacket — "I'm going to be honest here: I've never actually been to Burlington, Vt., but it seems like a very nice place."
— Justin Lapel