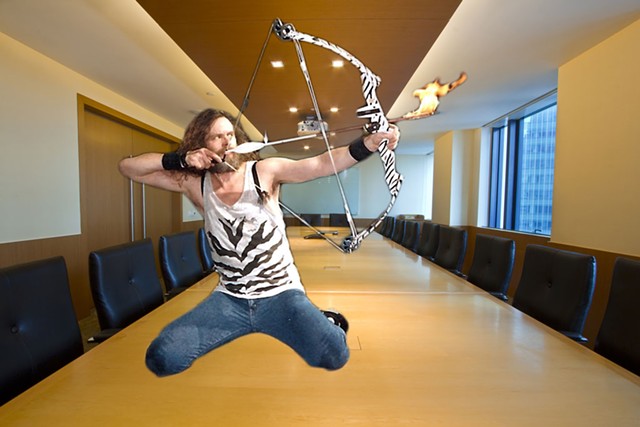 When it comes to Vermont’s Fish & Wildlife Board, hunters and trappers have long enjoyed a “Stranglehold” on the regulatory group, occupying all 14 spots. Despite objections from critics who feel that non-hunters/trappers should also have a say in how the state regulates one of its oldest traditions, the recent appointment of a new honorary chair seems to indicate that the board has no interest in entertaining alternative perspectives.

Starting next year the board will be joined by none other than rock musician and outspoken animal-rights opponent Ted Nugent.

Nugent, a Michigan native and avid hunter, recently purchased property in Londonderry after hearing reports that wildlife biologists had confirmed multiple sightings of the endangered Canadian lynx in the area. As soon as the news broke that the “Motor City Madman” would be taking up a residence in Vermont, the board voted unanimously to appoint him as honorary chair.

“Mr. Nugent has a well-established track record of standing up to animal-rights activists, so we could obviously use his help in dealing with our critics,” explained board member Russell Cunnington. “I can’t for the life of me understand why anyone other than a hunter like Ted should get to regulate other hunters. Bankers have been regulating the banking industry for decades, and it’s already been almost nine solid years now since they last collapsed the entire global economy.”

Although Nugent will not officially join the board until January, current members say he is already contributing new and exciting ideas. One such suggestion is to import exotic animals from far-off places like Africa to be hunted right here in the Green Mountain State.

“Vermonters are understandably concerned about the well-being of our native species, but when you import specimens, that concern disappears entirely,” says board member Justin Riflong. “Chances are, if you come face-to-face with an African rhinoceros here in Vermont, you’re gonna be pretty thankful to have passionate hunters like us that are willing to murder it for you.”

Riflong also suggested that Nugent family friend and renowned animal-carcass modeler Donald Trump Jr. might be willing to help cover some of the fees associated with importing exotic wildlife into the state, which is expected to become increasingly expensive now that the world is on track to lose two-thirds of the wild animal population by 2020.

Another of Nugent’s suggestions that the board hopes to adopt next year is to set traps for animal-rights activists throughout the state. “One small plate of raw, vegan, non-GMO brownies can be enough to lure several animal activists into a clamp and away from our board meetings,” Riflong proclaimed excitedly.

When asked about the moral implications of human trapping, Riflong explained that, just like hunting, capturing humans against their will is a long-standing American tradition that deserves to be preserved for future generations.

Riflong acknowledged that some might find Ted Nugent’s ideas to be a little extreme, but he and the board seem to agree that no matter what new knowledge comes to light or how we morally evolve as a country, it is of the upmost importance to selectively preserve traditions of the past.