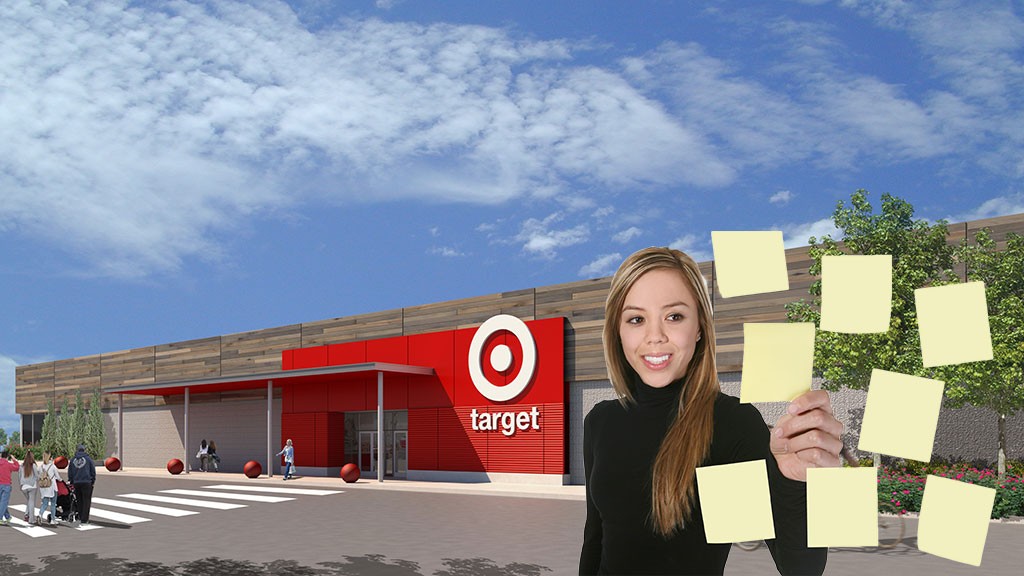 Like most Vermonters, Vera Lokalai remembers exactly where she was the moment she found out that Target was planning to open a store in South Burlington in October 2018.

“I was in a CarShare Vermont car, on my way to pick up some Vermont-made soaps when the news came over the radio,” Lokalai recalled. “I literally squealed with excitement." But soon after, she said she had the sobering realization that October 2018 is only one year away. "I knew that the moment I got home I would have to begin preparing,” she said.

Lokalai, a self-described “locavore,” understood that as soon as the store opened, her likeminded friends would demand explanations for why she suddenly felt it was acceptable to shop at the second largest discount retailer in the country. So that night she began preparing a list of justifications for why shopping at Target wouldn’t be completely and utterly hypocritical of her.

“Listen, let me be clear that I always have and always will support local businesses, first and foremost,” said Lokalai, who was a fierce opponent of the Burlington Town Center Mall redevelopment — but is 100 percent, totally chill with a Target opening in South Burlington’s University Mall. “But holy shit, did you see that Victoria Beckham collaboration?!" she continued. "You’re not gonna find anything that well designed for that cheap, period. We’re talking Posh Spice style at Sporty Spice prices.”

Despite the allure of Target’s famed celebrity collaborations, Lokalai pointed out that there would be certain things that you just can’t find while shopping at a retail giant.

“You obviously can’t beat the quality and craftsmanship of some of the handcrafted furniture that is made right here in Vermont,” she explained. “There really is nothing like it.

"That said, Target's new ‘Project 62’ furniture really brings a sense of sophistication and elegance to any room in your home at prices beginning at just $2.99," she continued. "It should be illegal to make rooms look that good for that cheap! How do they even stay in business?!”

“You really can’t beat stopping into 12 different mom-and-pop stores just to try and find everything on your shopping list for slightly higher prices than you were hoping to spend,” she argued. “You know, being able to cheaply dress your entire family, completely remodel a room in your home, stock up on beauty products and knock out some grocery shopping all in one stop really isn’t all it’s cracked up to be.”

Lokalai conceded that her list of justifications still had a way to go, but seemed confident that a year would be enough time to properly prepare.

“It’s hard to explain,” she said. “Like all of my friends, I am sick and tired of flatlanders coming into Vermont just to try and turn a profit. But Target is …different for some reason."

Lokalai concluded by saying that, in the worst case scenario, she could fall back on a tried and true excuse for shopping at Target: "At least it isn't Walmart."