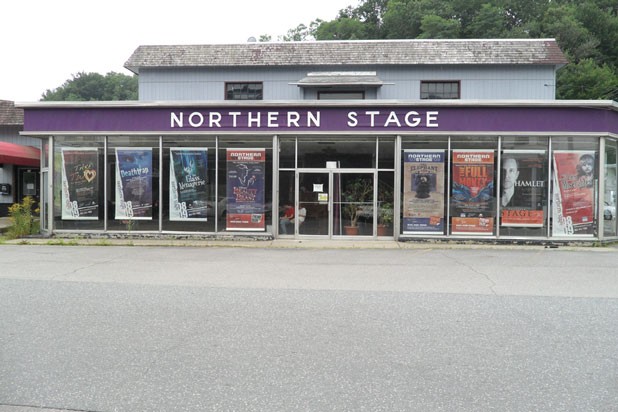 When Northern Stage Artistic Director Brooke Ciardelli walked into the vintage Cadillac showroom on Gates Street in White River Junction several years ago, she wasn’t looking to buy a car. She was scoping out the future home of her professional regional theater company.

These days, the cars are gone and posters for upcoming shows fill the wraparound glass windows. The old Miller Auto building now houses a third of Northern Stage’s operations, and the company is picking up momentum to either renovate or build a brand-new theater there within the next couple years.

Northern Stage staff have long wanted to upgrade their digs, and began discussing it in earnest after a donor financed the purchase of the Miller building in 2008. When the company began 14 years ago, it was producing eight plays a year on $132,000. These days the company offers more than 150 performance nights annually to roughly 30,000 people on a budget of about $2.5 million.

“It’s a very large operation for a very rural area,” says Ciardelli. “Our dream is to get all of our operations under one roof.”

Northern Stage currently resides in three downtown buildings: Performances take place in the Briggs Opera House; administration is in a Gates Street building; and theater classes and shops for set and costume creation are in Miller Auto.

Despite the stones-throw proximity of these spaces, moving between them is tricky. For starters, sets built in the Miller building have to be broken down to fit through the doors on the way to the opera house, then reassembled. The theater itself leaves much to be desired: A steep flight of stairs makes it not-so-handicapped friendly, it lacks audience amenities such as a coatroom and bar and, with only six dressing rooms backstage, actors are often quite cramped.

Still, audiences love some aspects of the Briggs, such as the intimate, semi-thrust stage that allows any seat in the theater to be no more than 30 feet from the actors.

“We’re not talking about a large stadium theater,” Ciardelli says. “The idea of what is to come isn’t to be bigger, it is to be better.”

The company is embarking on a $20 to $30 million capital campaign. Don’t expect to see any hard hats for at least a year.