The Man, the Myth, the Legend 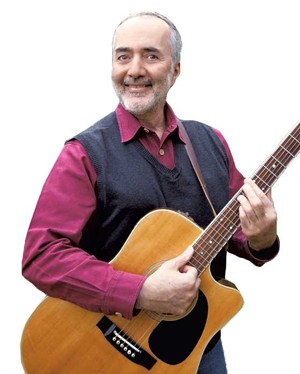 Calling all Beluga Grads. That's what celebrated family entertainer Raffi Cavoukian — better known as just Raffi — calls those who listened to "Baby Beluga" and his other popular songs in the '70s and '80s and now have kids of their own. It's been 42 years since the release of Raffi's first album, Singable Songs for the Very Young, but the Egyptian-born Canadian singer is still making music. His new album, Dog on the Floor — inspired by his puppy, Luna — comes out in August. It includes a mix of new songs and popular tunes like "Here Comes the Sun" and "Mary Had a Little Lamb." In advance of its release, and in celebration of Raffi's 70th birthday, the performer is currently on a six-city tour, which includes a stop in Burlington on June 23. The concert's sing-along format encourages parents and kids to join Raffi in song, with the hope of creating a new generation of Beluga buffs.

Raffi will perform at the Flynn Center for the Performing Arts on Saturday, June 23, at 1 p.m. Buy tickets at flynntix.org.