The Magnificent 7: Must See, Must Do, September 17 to 23 | Magnificent 7 | Seven Days | Vermont's Independent Voice

"Coast members explore the full spectrum of jazz and creative music, from early pioneers to today's brightest voices," reads the web page for Dartmouth College's Coast Jazz Orchestra. The student ensemble highlights its eclectic musical choices on a new commemorative album called Lookin' Forward...Coast Jazz Orchestra at Dartmouth 2017-2020. Director Taylor Ho Bynum and four ensemble members take to YouTube for an album release party, during which they riff on the making of the LP, as well as their favorite tracks. Watch and listen on Wednesday, September 23, at 8 p.m.

Who couldn't use a bit of whimsy right about now? Lost Nation Theater performers whisk audience members to another time and place with a staged reading of William Shakespeare's fantastical comedy A Midsommer Night's Dreame. Performing on the Vermont Statehouse steps in Montpelier on Sunday, September 20, thespians follow the Bard's First Folio script (hence the unusual spelling of the play's title) to tell a story of magic, misplaced affection and a mischievous fairy. The action begins at 2 p.m. 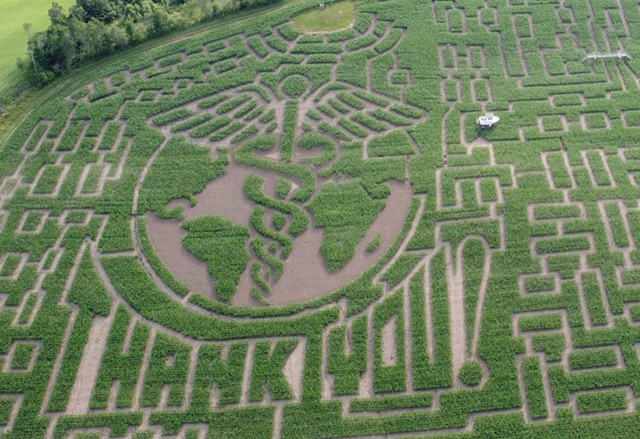 If it's a challenge you seek, the Great Vermont Corn Maze in Danville may be your destination. Visitors wind their way through a 24-acre labyrinth featuring bridges, hills and a design saluting frontline health care workers. Co-owner Mike Boudreau says most participants spend two and a half to four hours solving the maze. If that sounds like a bit much, try the smaller Scenic Maze, described as offering "a taste of the Big Maze without the frustration." The Great Vermont Corn Maze is open daily through October 12, weather permitting. Reservations are required, and space is limited.

If you've ever driven past Dealer.com on Pine Street in Burlington, you've likely marveled at Mary Lacy's creativity — the Vermont artist painted the origami-inspired abstract mural on the building's two silos in 2015. Now, Lacy showcases "Dishes," a collection of original mosaics at Queen City gallery Soapbox Arts. Friends and fans who preregister can celebrate Lacy's work at a socially distanced reception replete with an outdoor cash bar on Friday, September 18, from 5 to 8 p.m. The exhibition remains on view through November 21.

"To better understand about racist stuff, you have to know what racism looks like." These are the words of one young person featured in Vermont filmmaker Bess O'Brien's 2018 documentary I Am From Here. Commissioned by the Vermont-NEA, the 30-minute film focuses on BIPOC students and their stories of living and learning in a predominantly white state, along with commentary from Vermont educators. Vermont PBS presents a virtual screening followed by a discussion with O'Brien and several of the film's subjects on Wednesday, September 23, at 7 p.m. Be sure to RSVP. 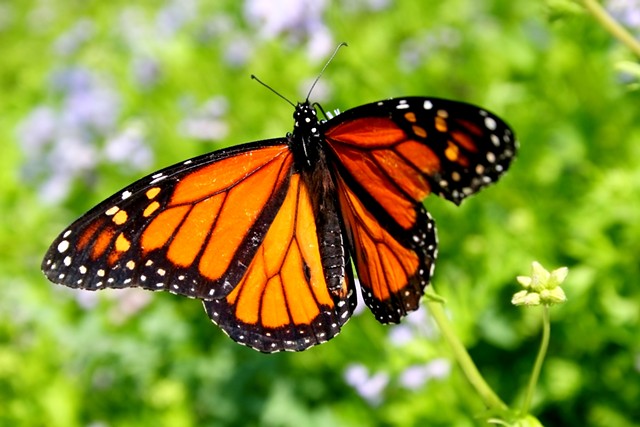 Nets in hand, nature lovers join Vermont Institute of Natural Science staff members on Saturday, September 19, for Monarch Madness. From safe catching to tagging, participants learn the ins and outs of marking monarchs for fall migration. The VINS event is part of Monarch Watch's tagging program, an initiative meant to help humans understand "the dynamics of the monarch's spectacular fall migration through mark and recapture." Preregister to spread your wings in this citizen science project in Quechee.
This is just a small sampling of the state's in-person and virtual happenings in the coming days. Browse our art, calendar and music + nightlife listings for more.