The Magnificent 7: Must See, Must Do, October 19-25 | Magnificent 7 | Seven Days | Vermont's Independent Voice

Legendary flamenco superstar Farruquito dances his way through the history of the form at Hopkins Center for the Arts' Spaulding Auditorium at Dartmouth College in Hanover, N.H. The show, Intimo Farruquito, features an array of world-class dancers and musicians and celebrates centuries of the Spanish style.

Art lovers prepare to be scared at "Dark Matter," the annual group show at Burlington's S.P.A.C.E. Gallery. Works across multiple mediums highlight all things eerie, mysterious and macabre, while evoking emotions that may be hard to name or speak about.

The Middlebury New Filmmakers Festival kicks off the next installment of its MNFF Selects series at Town Hall Theater with a screening of Maya Angelou: And Still I Rise. The Vermont premiere of this Peabody Award-winning documentary introduces viewers to previously untold aspects of the legendary poet's life, from her childhood in the Depression-stricken South to her work with Malcolm X.

Traveling to Montréal this weekend but don't want to put your spooky season vibes on hold? The Segal Centre for Performing Arts has just the ticket: Dracula: A Comedy of Terrors is a silly, satirical spin on classic horror cinema, featuring spine-chilling stage effects and five actors playing everything that goes bump in the night. 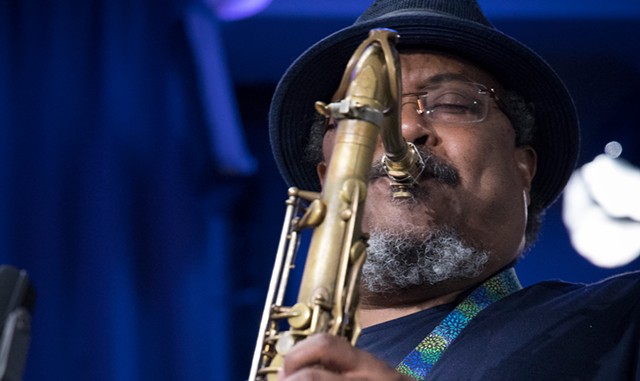 Performers of all stripes take over the streets of downtown Montpelier during Moonlight Magic. West African drumming group Shidaa Projects, jazz performer Ras Moshe Burnett and his band, and John "the Yo-Yo Guy" Higby are just a few of the acts that entertain folks as they stroll. Meanwhile, many local businesses stay open late and offer discounts.

Teach the World to Sing

Capital City Concerts brings together a who's who of local performers for "The Legacy of Larry Gordon," two concerts celebrating the life of the late choir director. At Burlington's College Street Congregational Church and the Unitarian Church of Montpelier, the program highlights the musical traditions that Gordon loved, from American shape note to Renaissance to Balkan folk.

Goblins and ghouls of all ages don costumes for A Family Halloween at Woodstock's Billings Farm & Museum. Kids and grown-ups alike won't know where to turn, between trick-or-treating, costume parades, hayrides, the not-too-spooky Sunflower House, crafts, pumpkin bowling, and sweet treats such as cider doughnuts and pumpkin ice cream.