The Magnificent 7: Must See, Must Do, January 28 to February 3 | Magnificent 7 | Seven Days | Vermont's Independent Voice

The Magnificent 7: Must See, Must Do, January 28 to February 3 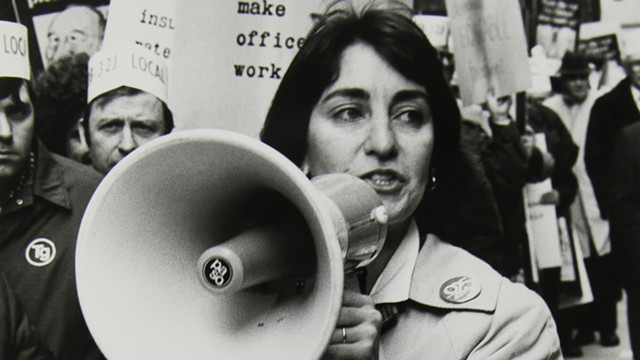 What's the first thing that comes to mind when you hear the phrase "nine to five"? Chances are it's Dolly Parton's 1980 hit song "9 to 5" or the movie of the same name starring Parton, Lily Tomlin and Jane Fonda as overlooked and underpaid secretaries. In fact, "the movie was married to a movement," says Fonda in a trailer for the new Independent Lens documentary 9to5: The Story of a Movement. Vermont PBS presents an online viewing on Thursday, January 28, of this inspiring film about a push for equality led by a group of Boston office workers in the 1970s. A Q&A with film subject Janet Selcer and Vermont Commission on Women executive director Cary Brown follows.

Whether they're seasoned anglers or fishing for the first time, folks of all ages brave the cold for Free Ice Fishing Day. On Saturday, January 30, the Vermont Fish & Wildlife Department allows state residents and nonresidents alike to snag scaled specimens from freezing waters with or without a license. Interested but not sure where to start? Check out the department's Virtual Ice Fishing Festival to learn about fish identification, ice safety and more. 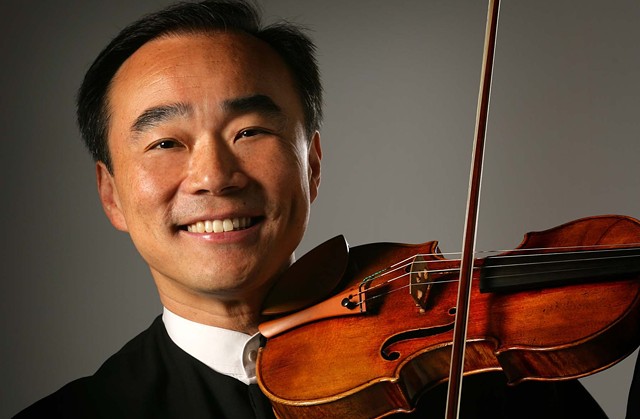 The Middlebury Performing Arts Series continues with a virtual performance by a violinist with more than 40 years of experience on stage and in the teaching studio. Born in Taiwan, Cho-Liang Lin launched his concert career in 1980 and has traveled the world with instrument in hand. Lin, who is also artistic director of the Hong Kong International Chamber Music Festival, treats classical music lovers to works by Lukas Foss, Antonín Dvořák and Pyotr Ilyich Tchaikovsky on Friday, January 29, at 7:30 p.m.

For a certain brand of Vermonters, cold weather is no obstacle when it comes to enjoying all the state has to offer, including good food and lovely landscapes. Hardy and hungry individuals head to the Highland Center for the Arts in Greensboro where the HCA Café serves up light lunch, yummy treats and steamy drinks to be enjoyed outdoors near warm fires. Takeout is also available. Grab a bite between 11 a.m. and 2 :30 p.m. on Saturdays and Sundays from January 30 through March 28.

"I was intent on making the next stage of my life even more interesting than the last," wrote Madeleine Albright of life after her job as U.S. secretary of state (she became the first woman to hold the position in 1997) in her 2020 book Hell and Other Destinations: A 21st-Century Memoir. In the 370-page publication, Albright recounts her subsequent roles, including those of professor and business person. Readers discuss Hell and Other Destinations during a meeting of Fairfax Community Library's Virtual Book Club at 6:30 p.m. on Friday, January 29. Email fairfaxlibrarian@gmail.com for the Zoom link. 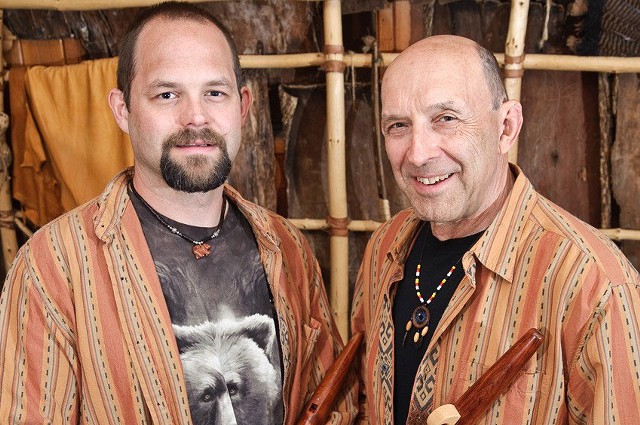 Vermont Humanities' First Wednesdays Lecture Series provides lifelong learners with free access to talks on topics ranging from arts and culture to nature and science. February's speakers include father and son storytellers and musicians Joseph and Jesse Bruchac of the Nulhegan Abenaki Nation. Starting at 7 p.m. on Wednesday, February 3, the pair presents "We Are Still Here," using drum, flute, rattle and voice to highlight their rich cultural heritage. Listeners should preregister for this online presentation hosted by Montpelier's Kellogg-Hubbard Library.

"Looking Outward," an ongoing art exhibition at the Spruce Peak Performing Arts Center at Stowe Mountain Resort, has a little something for fans of just about any artistic medium. The group show takes place both inside and outdoors and includes sculpture, mixed-media works, photography and poetry  by artists such as Trevor Corp, Dominique Gustin and Harlan Mac. Created by Spruce Peak Arts curator Kelly Hold, the exhibition remains on view through March 31. Appointments are required for indoor viewing.
This is just a small sampling of the state's in-person and virtual happenings in the coming days. Browse our art, calendar and music + nightlife listings for more.