The Magnificent 7: Must See, Must Do, January 14 to 20 | Magnificent 7 | Seven Days | Vermont's Independent Voice 1. Music of the World

Members of the Northern Harmony World Harmony Ensemble have gone to great lengths to be able to perform together amid the coronavirus pandemic. The 10 young singers have been tested for COVID-19 and are quarantined in Marshfield leading up to their concert at the Chandler Center for the Arts in Randolph. On Saturday, January 16, at 7 p.m., the vocalists treat world music fans to a livestream performance of seasonal songs spanning musical styles and countries of origin. Listeners can expect traditional English carols, Appalachian and shape-note songs, traditional selections from Bulgaria, Georgia and Corsica, and 15th- and 16th-century Spanish and Italian renaissance works. 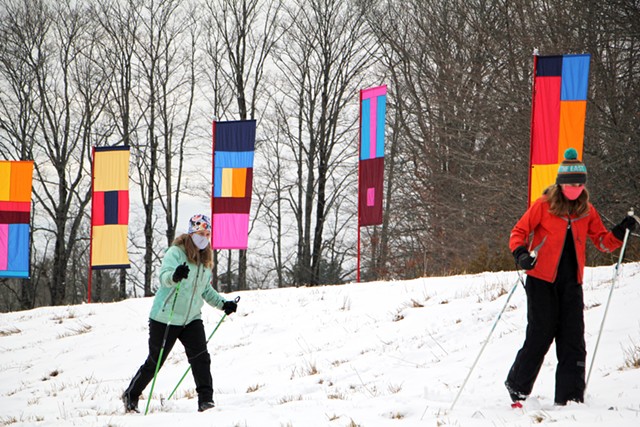 Now through the end of March, a ski around the Highland Center for the Arts grounds in Greensboro is an exercise in art appreciation. The Northeast Kingdom performing arts center combines visual art with physical activity on its Open Air Gallery Ski & Snowshoe Trail. Beginning at the HCA and passing through neighboring Wilson Farm, the 1.8-mile trail is adorned with 17 works of art by 11 Vermont creatives, including art collaborative HCA Scene Shop and Johnson sculptor Harlan Mack. Weekend visitors may pop into the café for hot drinks and snacks. 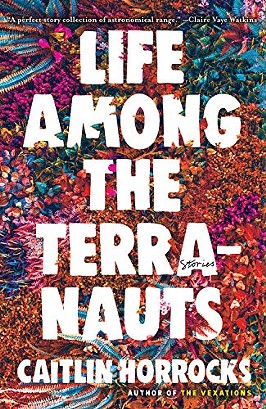 Six people attempt to survive for two years in an experimental biodome for the chance to win a million dollars. This is the premise of the title story from Michigan author Caitlin Horrocks' new short story collection Life Among the Terranauts, published January 12. Participants in the SciFi+ Book Club presented by Bear Pond Books in Montpelier discuss the collection and get a virtual visit from Horrocks during a club meeting on Monday, January 18, at 7 p.m. Readers should preregister for this free, public conversation. "We need to take action to address the issues of racism and justice in our society," said Rabbi David Edleson of South Burlington's Temple Sinai in a press release for a lecture series called Race and Responsibility. "And one key action we can take is to educate ourselves to better understand these complex issues." This five-part series addressing hard-hitting issues of the day commences on Tuesday, January 19, at 7 p.m. with an online talk by University of Vermont history professor Alan E. Steinweis called "Roots of Racism and Anti-Semitism in Europe." Listen and learn for free via Zoom.


5. Driving Into the Unknown

Each January, theater fans get a sneak peek at plays in progress, courtesy of New Works Now, an annual festival from White River Junction theater company Northern Stage. On three consecutive Saturdays starting January 16, audience members hop online for public readings of new plays, followed by collaborative conversations with the playwrights. First up is Deborah Yarchun's Drive, in which small-town truckers lose their jobs to self-driving vehicles. Visit northernstage.org for a full list of upcoming readings. Beauty is in the eye of the beholder, as the saying goes. Visitors at the Quechee Inn at Marshland Farm see Vermont through fresh eyes as they observe "Anything Goes," a visual art exhibition on display at the rural lodge and restaurant through February 23. Painters Mary Church, Joan Oppenheimer, Jennifer Dembinski and Kate Reeves render Green Mountain State scenes in more than 24 original works. Viewers just may gain a new perspective on the state.

How did 20th-century architect Paul R. Williams earn the nickname "Architect to the Stars"? During his 50-year career starting in the 1920s, Williams counted celebs such as Frank Sinatra, Cary Grant, Lucille Ball and Desi Arnaz as clients. The 2020 documentary Hollywood's Architect: The Paul R. Williams Story provides a portrait of the man and his work, as well as the racism he encountered as an African American person. The doc is available for streaming for five days starting Wednesday, January 20, as part of the Architecture + Design Film Series presented by Burlington City Arts; the American Institute of Architects, Vermont Chapter; and 118 Elliot in Brattleboro.
This is just a small sampling of the state's in-person and virtual happenings in the coming days. Browse our art, calendar and music + nightlife listings for more.