The Magnificent 7: Must See, Must Do, April 1 to 7 | Magnificent 7 | Seven Days | Vermont's Independent Voice 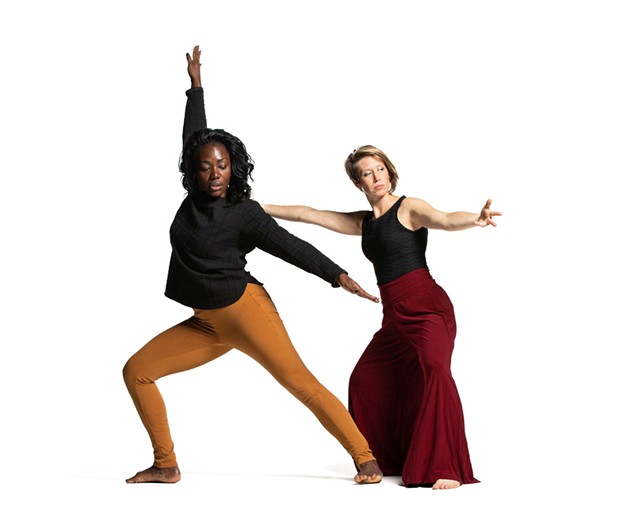 Christal Brown and Lida Winfield have a lot in common: They're both Vermonters, dance artists and Middlebury College faculty members. But in some things they contrast, including their race, geographical origins and experiences in education. Brown and Winfield team up in the dance and spoken-word duet Same but Different, in which they explore their similarities and differences and comment on race, age and gender. A Q&A with the artists follows a free broadcast on Friday, April 2, at 7:30 p.m., presented as part of the Middlebury Performing Arts Series Spring 2021 Virtual Season.

The coronavirus pandemic has shone a light on food insecurity in Vermont. Those looking to aid community members in need can support Helping and Nurturing Diverse Seniors, a Burlington nonprofit providing food for low-income seniors in Chittenden County, during the online shindig Clap Your HANDS! This virtual concert and art auction features live tunes from Burlington duos Dwight & Nicole and Kat Wright & Brett Hughes, as well as the opportunity to bid on eye-catching artworks. Grab your tickets for the April 4 concert from Seven Days Tickets. The auction runs April 4 through 11.

Valcour Island, a small land mass in Lake Champlain, is the setting of Hudson Valley author Jack Kelly's new nonfiction book, Valcour: The 1776 Campaign That Saved the Cause of Liberty. In his latest page-turner, published on April 6 of this year, the historian chronicles a crucial moment in the Revolutionary War when patriots confronted British forces in a three-day battle near the island. Kelly covers the book during a virtual event hosted by Phoenix Books on Tuesday, April 6, at 7 p.m. Preregister to listen in for free.

Those who have dined at the traditional French restaurant Café Provence in Brandon are familiar with the culinary talents of chef/owner Robert Barral. A former resident of the Languedoc area of France, he helps foodies sharpen their kitchen skills in Cooking for a Cause, a remote cooking class benefiting the Rutland County Restorative Justice Center and ARC Rutland Area. Participants should preregister, then log into Zoom on Monday, April 5, at 3 p.m. for Barral's lesson on chicken Niçoise.

Do you have seeds to spare? Or perhaps you'd like to plant your first garden and don't know where to start. Seasoned and beginner gardeners alike trade seeds and horticultural advice at the Seed and Scionwood Swap hosted by Swap Sisters in collaboration with the East Hardwick Grange. Fruit-tree branches and garden starters from companies and local individuals change hands free of charge from 5 to 7 p.m. on Wednesday, April 7. Folks can also grab some grub: The grange offers a free takeaway meal from 5 to 6 p.m.

"In 1971 at the height of the Vietnam War, Jane Fonda and Donald Sutherland toured an anti-war comedy show across Southeast Asia," states the trailer for the 1972 documentary film F.T.A. Like the show itself, the Francine Parker-directed documentary chronicling it was controversial and, as distributor Kino Lorber's website states, "has been difficult to see for decades." Now fully restored and featuring a fresh intro by Fonda, the film hits home screens in the Green Mountain State via the Vermont International Film Foundation. What does F.T.A. stand for? Watch online through April 15 to find out. 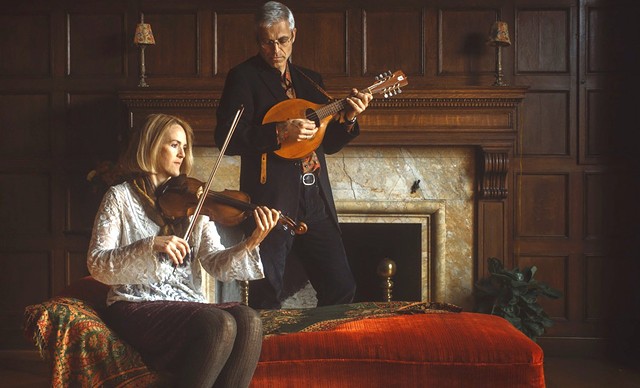 Traditional musical styles from Newfoundland, Québec, Ireland and France find eager ears on Saturday, April 3. The duo of Keith Murphy and Becky Tracy showcase their chops in a remote recital starting at 7:30 p.m. as part of the Ripton Community Coffee House concert series. Local traditional music fans may recognize singer and multi-instrumentalist Murphy and fiddler Tracy from their days in Vermont trio Nightingale with accordionist Jeremiah McLane.
This is just a small sampling of the state's in-person and virtual happenings in the coming days. Browse our art, calendar and music + nightlife listings for more.