The Magnificent 14: Must See, Must Do, December 29 to January 11 | Magnificent 7 | Seven Days | Vermont's Independent Voice 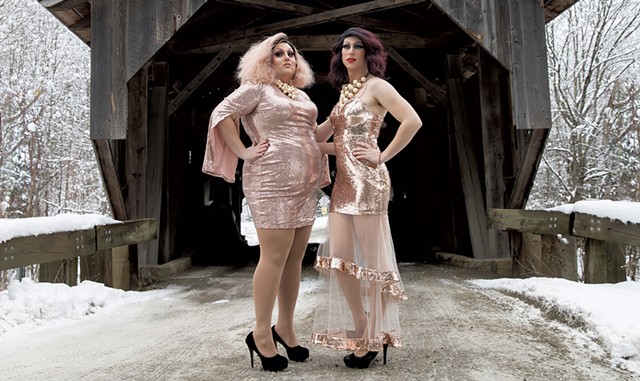 Highland Center for the Arts in Greensboro hosts Japanese-inspired percussion group Burlington Taiko at its celebration of both the New Year and the opening of its new Open Air Gallery. Audience members bundle up for the outdoor concert, drummers deliver exhilarating beats by the bonfire, and the café serves food and warm drinks.

Tiphanie Yanique writes it all: Novels, short stories, poems and essays. The Caribbean American author of Wife, Land of Love and Drowning and, most recently, Monster in the Middle has been praised for her lyrical, evocative, epic prose and verse. The Vermont Studio Center in Johnson hosts her in its Visiting Writer Reading series.

Lyric Theatre and the Vermont Symphony Orchestra come together at the Flynn for Burlington Does Broadway, a rollicking revue for lovers of all the music and theatricality the Great White Way has to offer. Some of Vermont's finest musicians reimagine classics new and old, ringing in the New Year with bright lights and big city vibes. 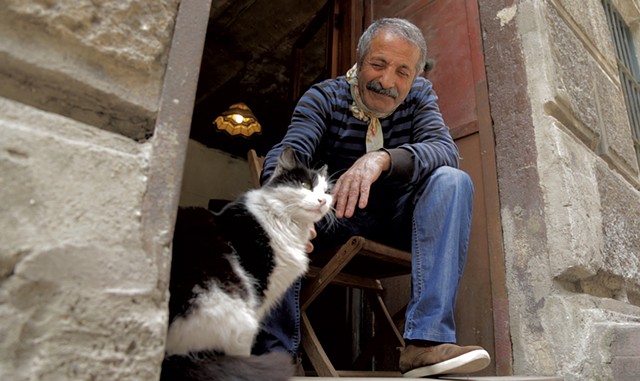 Street cats have had the run of the Turkish city of Istanbul for thousands of years, living their own lives that intersect with their local humans in delightful and ephemeral ways. Kedi, a documentary investigating this parallel feline world, kicks off the Woodstock Vermont Film Series at Billings Farm & Museum.

Is your New Year's resolution to transform into a spell-spinning dwarf or a high-kicking orc, by any chance? You know what they say: New year, new you. The Waterbury Public Library hosts Beginner Dungeons & Dragons every first and third Saturday, and dungeon master Evan Hoffman is spending the first day of 2022 running a fun-filled, fantastical campaign for role-players new and old.

For You and Me

The Hood Museum at Dartmouth College in Hanover, N.H., launches "This Land: American Engagement With the Natural World," its first comprehensive retrospective on American art to feature Native American artists alongside Black, Asian, Latin and white Americans. One hundred and sixty works in four galleries compel visitors to reconsider their relationships to nature, home and history.

The Pride Hikes series continues with something a little different: Forest Management at the Hinesburg Town Forest. Chittenden County forester Ethan Tapper meets LGBTQIA++ hikers at the Hayden Hill Road East trailhead for an afternoon of learning about sustainable logging practices and habitat regeneration. Hosted by Audubon Vermont, the Pride Center of Vermont, Outright Vermont, and the Vermont Department of Forests, Parks and Recreation.

Vermont Dance Alliance and CATV host VDA Mini Courses: Introduction to Cinematography & Video Editing, a daylong workshop for dancers and choreographers looking to learn the fundamentals of filming movement. Lighting, editing software and sound design are among the topics covered by instructor Simon Reed, and all participants end the day with a completed short film.

New variant? No problem: The Fletcher Free Library's Food for Talk Cookbook Club brings the dinner party vibes to you. In January, members read Maangchi's Big Book of Korean Cooking, a comprehensive guide by Korean American YouTube star Maangchi, and pick a dish to cook and present at the virtual meeting.

Wildlife rehabilitator Patti Smith has spent more than a decade with a particular colony of beavers in southeastern Vermont. Her online presentation, part of the North Branch Nature Center's Naturalist Journeys series, tells the story of Willow, the colony's matriarch, as well as the beautiful beaver world she's created in her own little corner of a brook.

Portrait of an Artist

The Montréal Museum of Fine Arts hosts "The World of Yousuf Karsh: A Private Essence," a stunning collection of works by one of the greatest portraitists of the 20th century. If you've seen a British 5-pound note or a poster of Albert Einstein, you've seen a Karsh portrait, but you've never seen them like this: pristine, rare, large-format gelatin silver prints, developed by the artist himself.