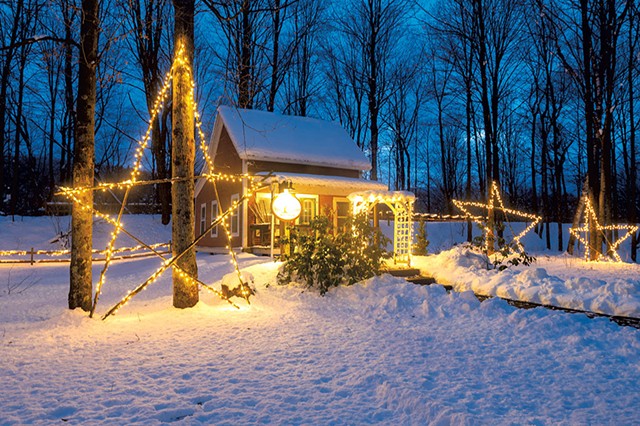 As dusk settles over the Mad River Valley, a trail of twinkling lights appear. They flicker on everywhere along a 20-mile stretch of winding roads — from Moretown in the north to Warren to the south; in barn windows, storefronts, trees and front yards. Soon, the hills are aglow.

Displaying wooden stars wrapped in strings of lights is a beloved holiday tradition in the valley. But in October 2016, the stars were imbued with new meaning after a wrong-way driver on Interstate 89 killed five local teens.

Eli Brookens, 16, of Waterbury; Mary Harris and Cyrus Zschau, both 16, of Moretown; and Liam Hale, 16, and Janie Cozzi, 15, of Fayston, were on their way home from a concert in South Burlington when Steven Bourgoin hit their car head-on. Bourgoin, of Williston, survived and is now serving 30 years to life in prison.

"The magnitude of loss was a tidal wave across the valley," said Peter Pomerantz, owner of Waitsfield-based Pomerantz Cabinetry, where Zschau's father, Chris, is a longtime employee.

Six years later, the star displays stay up long after the holidays — symbols of hope and resilience in the darkest time of the year, as well as a physical reminder of the real-world stars whose lives were cut short in 2016. They're honoring the late teens' legacies in another way, too. Build-your-own "star kits," using donated materials, are now sold each holiday season to benefit various foundations created in their memory.

The effort is emblematic of the spirit of the small towns that dot the Mad River Valley. After the crash, community members rallied around the families of the victims. Neighbors brought them food, helped them write obituaries and took care of household tasks when they were overwhelmed with grief. Nearly 1,000 people attended a vigil at Harwood Union High School. Then-governor Peter Shumlin spoke at the event, calling it the "saddest" day of his six years as governor.

And then came the stars. Seemingly overnight, the holiday displays started appearing a few months early — and in rows of five. No one seems to know exactly when or with whom the idea originated. Some claim they first saw a series of five stars at Big Picture Theatre & Café in Waitsfield. 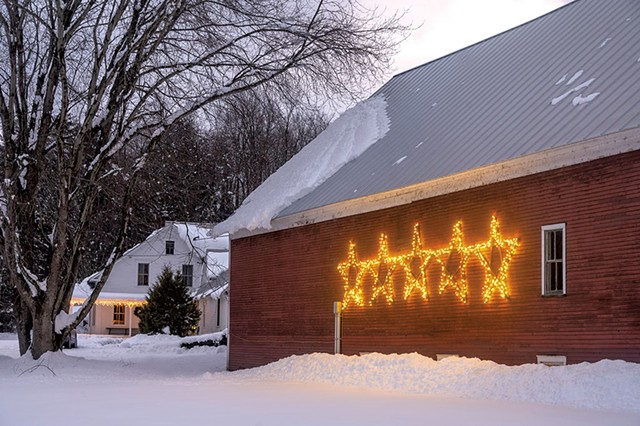 Liam Hale's mother, Sue, would see them as she drove home from the University of Vermont Medical Center in Burlington, where she works as a nurse.

"Every day I'd be welcomed with little twinkling stars throughout the whole drive," Hale said. "It was a comforting feeling."

"When I see the stars, I think of the kids in a line," said Harris' mother, Liz. "I think of all of their friends. It's just that feeling of everybody holding each other."

The star-kit fundraiser idea came from Eric Friedman, the Mad River Valley Chamber of Commerce's executive director. His son was close with the teens who died and was supposed to go with them to the concert that night but couldn't, according to Eric.

The younger Friedman was attending college in Washington State in 2020 and asked his dad to send him sticks from Vermont so he could make his own star display to remember his friends. For Eric, a light bulb went off.

The fundraiser is a group effort. Students, business owners and community members collaborate to make and sell the kits. Ward Clapboard Mill in Moretown donates the wood. Next, at Pomerantz Cabinetry, the pieces are cut to size.

"It feels gratifying to be able to do a tiny bit to help shine some light of remembrance at literally the darkest time of year," Pomerantz said.

Xavier Brookens, brother of Eli Brookens, is an intern for the project. The Hardwood Union senior organized kit-making parties with his classmates and is looking into making battery-powered stars available for purchase. He said it's been gratifying to remember his brother through the work.

"As time moves forward, people start to lose interest," Brookens explained. "It's important to focus on what the stars embody, which is the legacies of the five kids."

Each kit has everything necessary to create either a three-foot or six-foot-tall star. The kits include five predrilled cross sticks, all necessary hardware, a set of lights and a Mad River Valley sticker, and can be purchased on the chamber of commerce's website. 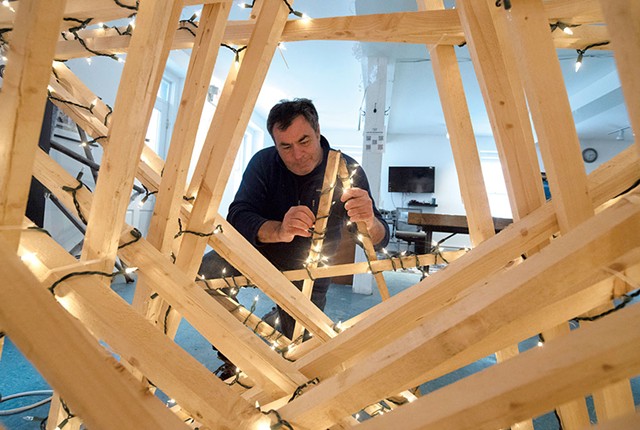 Star sales have raised nearly $10,000, which has been divided up among the five foundations honoring the victims, according to Friedman, the chamber of commerce executive director. The chamber has raised another $5,000 or so this year, he said.

Hale remembers her son Liam as someone who was ready for anything.

"At 9 p.m., he'd be running out to play tennis with Mary and Cyrus before the gym closed," she said, referring to two other crash victims. The Liam Hale Adventure Scholarship Award gives a Harwood Union student a four-season pass to Sugarbush Resort.

Likewise, Mary Harris' foundation reflects her personality. Her mother, Liz, told Seven Days that Mary was one of those people who was friends with everyone.

"She was six feet tall, but she had a soft, gentle spirit," Harris explained. Her coach and teammates decided to dedicate an annual youth soccer event in Mary's honor, which is what her foundation supports. The gathering's slogan: "Love Like Mary."

The stars also offer a chance for visitors to the Mad River Valley to learn more about the community. Jess Kotch, marketing manager at Mad River Barn, an inn in Fayston, said the staff often explain to visitors the significance of the stars displayed prominently in a window.

"We're small, but we're mighty," Kotch said. "When the valley has to rally around something, whether it be exciting or tragic or anything in between, everyone comes together."

For Hale, this time of year can be challenging, but the stars, she said, hold a special significance.

"I see the stars in this place I call home every single day," she reflected. "They're visible. Their light shines every time the sun goes down. They're a reminder to all of us around here that things are precious, that life is precious."