The Lynguistic Civilians and the Mangroves, Urban Priorities 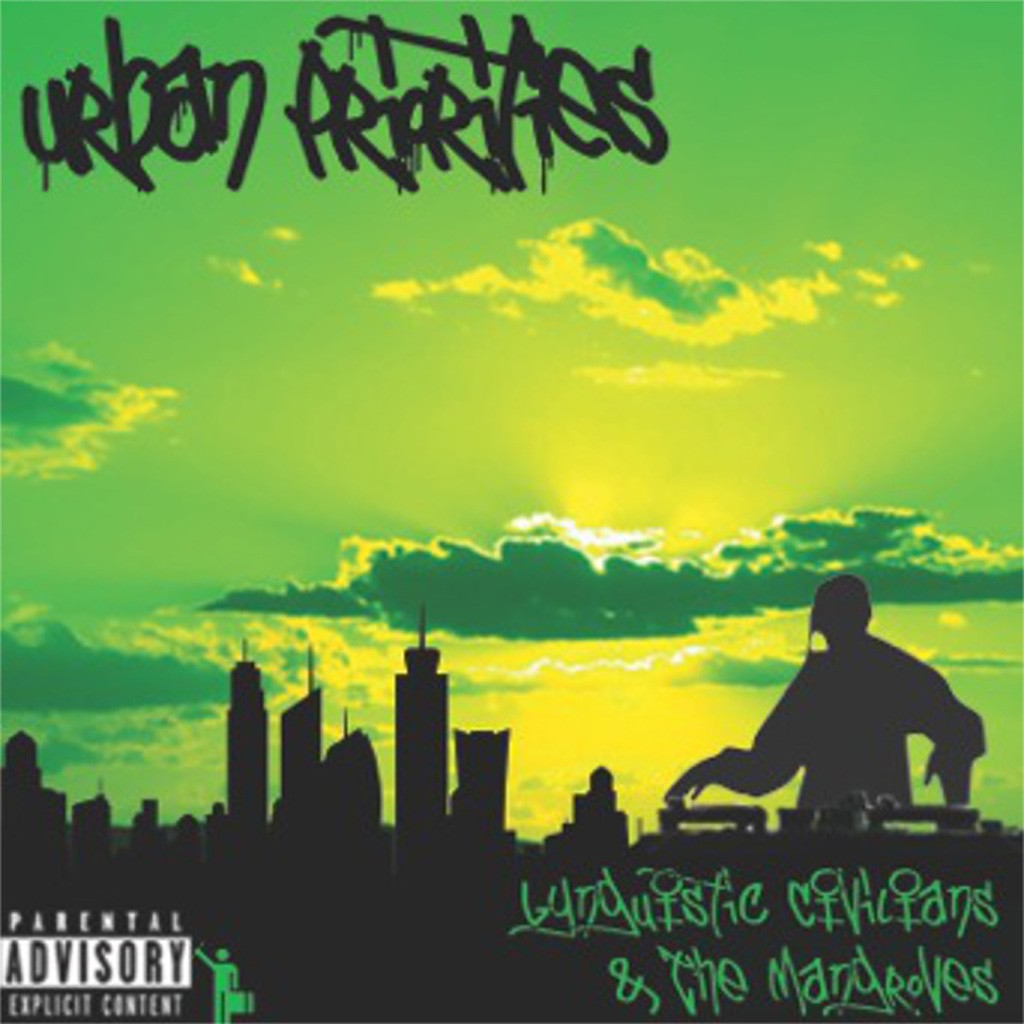 The Lynguistic Civilians have been busier than ever. One year removed from their 2013 album Better Late Than Never, the end of 2014 finds them in the middle of their annual charity-show marathon, the Tossin' Out Turkeys Tour. They marked Thanksgiving by releasing a sneak-attack project, collaborating with a young band called the Mangroves on a new EP, Urban Priorities. The recording marks a promising new direction for Burlington's favorite hip-hop crew.

This is a well-calculated, if short, set. Each of the EP's four tracks breathe new life into the Civilians' sound and offer a sharp contrast to the more wooden instrumentals of their previous album. With a brand name built on boisterous party rap, the Civilians' material has always been suited for an equally boisterous backup band that can evoke the energy of a live show.

This show unfolds with "Civilians Night," a loose, funky shuffle that moves like a jam session at a dorm party. It's also the only moment in which the rappers overpower the musicians. "Time Is Now" changes the tone dramatically, with an ambitiously orchestrated intro and some Bernard Purdie flash on the drums that launches into tighter, smoother verses from the Civilians crew, as well as much lusher instrumentation.

"Urban Priorities," the strongest specimen in the litter, deserves its title-track status. Here, the pocket is relentless and the cut kicks off with a verse from rapper LC that steals the show. It's also the best mesh between the Civilians' vocal nuances and the Mangroves themselves on the EP, a testament to both the rhythm section and the carefully constructed lyrics.

The album ends on an equally high note, "Whatcha Gunna Do," an uptempo remix of a track from Better Late Than Never. It features some Run DMC-style microphone acrobatics and the most balanced production of this debut batch. Walshie Steez is at his best here on the opening 16 bars, and the whole crew finishes strong. The vibe falls squarely between some Behind the Front-era Black Eyed Peas and the deep funk you'd expect on a good night at Nectar's.

Props are due to engineer Drew Fahle, who delivers a tight mix that's crafted like a solid live show. This is also a disadvantage. The bass and guitar tracks often sound starkly dry, and most of these songs would benefit from more processing and sculpting. But the Mangroves offer enough sly variation to keep things interesting and make up for that minor flaw.

Urban Priorities is a professional-sounding project produced by students at the Northeast Kingdom's own Lyndon State College — specifically the school's newly expanded music and performing arts department. The EP is available at urbanpriorities.bandcamp.com, and all proceeds will be donated to the school's Music and Entertainment Industry Student Association.

The Lynguistic Civilians appear with legendary rap writer Masta Ace on Friday, December 12, at the Rusty Nail in Stowe, with local hip-hop champs the Aztext and BTV newcomers Maiden Voyage.