The Local Scene on the Best Music of 2015 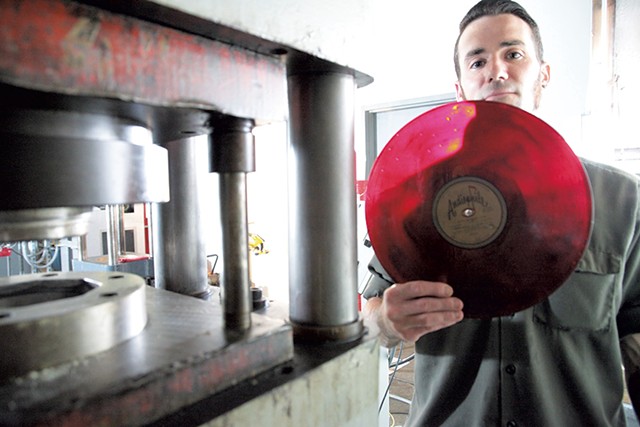 Each December, Seven Days polls area musicians, club owners, talent buyers and others to find out which records rocked their ears over the preceding year. We ask for their favorite local and nonlocal albums. (See our own top 10 Vermont albums) As a bonus, we also ask for predictions of what might come to pass in the New Year. Spoiler: The local scene is feelin' the Bern. Here's what they said:

L: Madaila, The Dance
NL: Drew Holcomb and the Neighbors, Medicine
2016: Jer Coons will have an early midlife crisis, begin wearing acid-washed jeans, produce and play on several hair-metal albums, and stand in front of Nectar's every night but Mondays asking people, "Where did the good go, man?!"

L: Madaila, The Dance (though Maryse Smith is a tight runner-up)
NL: Wilco, Star Wars (though Courtney Barnett got just as many spins for me)
2016: Donald Trump ditches politics for a career in hip-hop management.

L: Pistol Fist, Wrist Soup
NL: King Gizzard & the Lizard Wizard, Quarters!
2016: The Burlington Record Plant will be hugely successful and need to run night and day to keep up with demand! 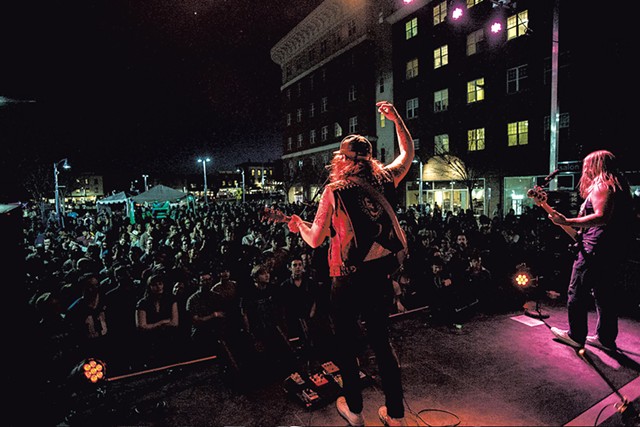 L: Urian Hackney, The Box
NL: Kendrick Lamar, To Pimp a Butterfly
2016: Bernie Sanders will drop a surprise LP with Killer Mike called Run the 1%. It will sell considerably more copies than his folk record, securing the presidency. Killer Mike will earn a cabinet position for all his support and will amend the White House's smoking policy to allow blunts to be smoked in designated "fuckboy-free zones."

L: Maryse Smith, The Way It Is
NL: Hot Chip, Why Make Sense?; Damaged Bug, Cold Hot Plumbs
2016: Bernie Sanders and Killer Mike will drop the hottest mixtape of 2016 with features from Lil B and Bun B.

L: Maryse Smith, The Way It Is
NL: Unknown Mortal Orchestra, Multi-Love
2016: Off of Disco Phantom's prediction: Killer Mike and Bernie debut their hit single at the Monkey!

L: Maryse Smith, The Way It Is
NL: Sam Outlaw, Angeleno
2016: I predict that Brian Nagle (aka DJ Disco Phantom, aka DJDP), while attempting to break his personal record for longest DJ set, will accidentally play a Kanye West song. 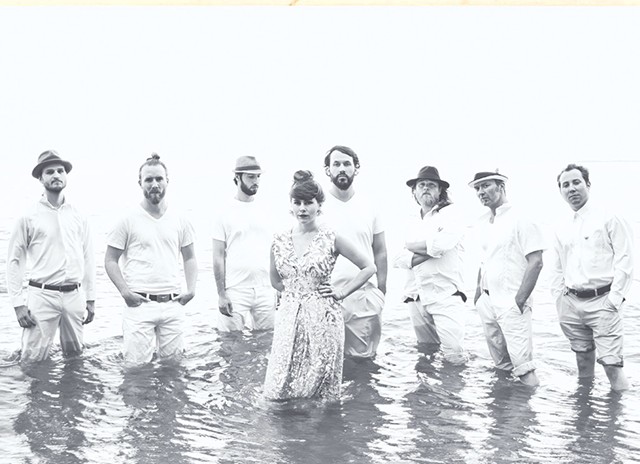 L: The Leatherbound Books, Tender My Hopes
NL: Andra Day, Cheers to the Fall
2016: The internet — aka angry DJs and music producers — will revolt against SoundCloud (finally) and they will buckle under the pressure, abandoning their looming ad inserts and backing off their fascist copyright drones.

Ben Maddox, the Mountain Says No

L: Francesca Blanchard, deux visions
NL: Vulfpeck, Thrill of the Arts
2016: Memorial Auditorium will get the revamp that every music lover wishes for, and we'll see a whole new slew of music acts that previously couldn't fit in any room in Burlington.

L: Harder They Come, The Freak EP
NL: Tuxedo, Tuxedo
2016: That Janet Jackson doesn't cancel her February date in Boston, and that I can fulfill my dream of seeing U2.

Braden Lalancette, Squimley and the Woolens

L: Tar Iguana, Tympanum
NL: Dustbowl Revival, With a Lampshade On
2016: Kevin Bloom (Bloom Machine Photography, Kevin Bloom and the Static Circus, Radio Bean) is gonna be doing something crazy for the Burlington music community. What that is, maybe only his cat Felix knows!

L: Francesca Blanchard, deux visions
NL: The Deslondes, The Deslondes
2016: The Light Club Lamp Shop has grown so fond in the heart of Burlington, we'll soon be wed.

L: Black Rabbit, Red Flannel Hash; The Mountain Says No, JV
NL: Iron Maiden, The Book of Souls
2016: With Maryse Smith moving on to Philadelphia and Kat Wright & the Indomitable Soul Band playing more and more out-of-town shows, Miriam Bernardo will release a stunning album and grab the title of queen of the Queen City.

L: Madaila, The Dance
NL: Leon Bridges, Coming Home
2016: All of my predictions would make me sound more bitter than I usually am, but I think and hope vinyl sales will continue to grow exponentially.

L: And the Kids, Turn to Each Other
NL: Kendrick Lamar, To Pimp a Butterfly
2016: Human beings will decide that artistic expression is best valued in a non-transactional setting and will passionately choose to supplement marketplace musical expenses with other forms of support.

L: Anxiety Doktor, Demo 2015
NL: Downtown Boys, Full Communism
2016: Vermont will become the "cabin-writing" getaway for a wide range of many excellent artists. I'm crossing my fingers that Springsteen at least drives through for some reason. Or flies over. Or flies near Vermont.

L: And the Kids, Turn to Each Other
NL: Hamilton: Original Broadway Cast Recording (Go on. Fight me on this.)
2016: Chris Dorman wins the Grammy he so soundly deserves. Caroline Rose and Abbie Morin team up for a badass collection of country-rock duets. Eric George's machine surrounds environmentally irresponsible corporations and forces them to surrender. The DuPont Brothers create the Oscar-winning soundtrack for a smart, melancholy indie film. Francesca Blanchard becomes huge in Europe. Robert Resnik, Mark Sustic and Pete Sutherland join forces to become Suthstnik, the wisest, kindest folk trio in history.

L: Maryse Smith, The Way It Is
NL: Kendrick Lamar, To Pimp a Butterfly
2016: Frank Ocean will still not release new music.