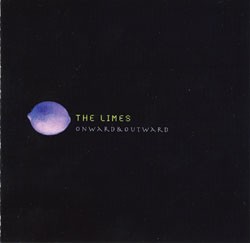 Remember School of Rock? For those who haven’t seen it, the flick centers around a down-on-his-luck rock musician (played by Tenacious D funny man Jack Black) who cons his way into a substitute-teacher gig at a prestigious private school. Lacking scholastic aptitude, he mentors his cardigan-clad protégés in the not-so-subtle nuances of rock ’n’ roll. Essentially a fish-out-of-water vehicle for Black to make with the musical funny, the film isn’t especially memorable. However, its message is that, more than technical precision, what makes music great is spirit and attitude. Which brings us to Cabot’s Brian Boyes.

An ace trumpeter for such notable local acts as boogaloo quintet Lingo Mungo, Mediterrasian jazz fusionists 35th Parallel and the late, great acid-jazz supergroup viperHouse, Boyes is hardly a struggling hack. But as accomplished as he is as a performer, perhaps his most impressive achievements are as an educator. This is evidenced by Onward & Outward, the latest release from his cadre of teenage hepcats, The Limes.

The group’s sophomore release picks up where their debut Best of the Zest left off. Composed of students ranging in age from 15 to 19, the kids are in fine form, once again laying down impossibly tight grooves and spitfire riffs that would be the envy of many of their adult funk-fusion counterparts. Noodle-funk jam bands, we’re looking in your direction.

From the head-bobbing strains of album opener “Eternal” and the explosive soul-jazz explorations of “Gettin’ It” — both penned by Boyes and former viperHouse diva Heloise Williams, currently of NYC’s The Savoir Faire — to a deliciously funk-da-fied take on Sun Ra’s “Love in Outer Space” and an intriguing r&;b spin on Bruce Springsteen’s “Fire,” these kids are more than just “all right.” They display chops and soul well beyond their tender years.

This septet has no weak links. Guitarist Max Bronstein-Paritz, bassist Noah Young and drummer Andy Feltus make up of one of the area’s most formidable rhythm sections. Boyes and sax players Makala Noble and Evan Crandall ably round out the band’s instrumental lineup with soulful aplomb. Sultry vocalist Hannah Pitkin steals the show on more than one occasion. And given the surrounding talent, that’s quite a feat.

For musicians of this caliber to emerge at such a young age is a remarkable testament to the power and potential of fertile minds in capable hands. It’s a lesson budget-slashing school districts would do well to remember. Here’s hoping the so-called “brain drain” doesn’t apply to music, too.