The Lemon Flyers, 'Find a Way' 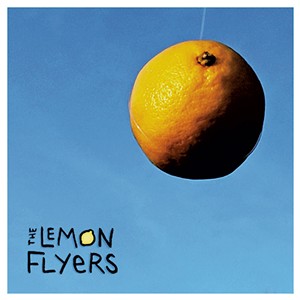 The Lemon Flyers are a straightforward rock-and-roll four-piece from Burlington. They are also an almost literal band of brothers whose lineup spans, as their bio puts it, "three brothers and one other guy." That'd be Matt and Sawyer Kavanagh sharing guitar and lead vocal duties, Alex Kavanagh on drums, and Pat Buono holding it down on the bass guitar. Their debut album, Find a Way, is a promising effort.

This is pure conjecture, but the Lemon Flyers sound very much like bandmates who learned to play their instruments together. Given their shared DNA, perhaps they did. Their riffs and arrangements are simple and strong, the tempo is often fudged gently in the margins, and even the guitar solos feel like someone making discoveries rather than flexing their chops. And to be clear, that's not only perfectly fine, it also perfectly suits the material.

The album opens and closes with 12-bar blues numbers, both of which are loose, whimsical affairs. Consider opening cut "Shoebox," which begins with the lyrics: "I used to live in a shoebox ... it was pretty nice in there." Musically, the Lemon Flyers keep it simple and funky, blues by way of weeknights at Nectar's rather than, say, old Albert King albums. Which is no slight — their music is honest and humble and, well, very white.

Their secret weapon is a big, group-harmony dynamic that gives this album a lot of extra juice. Lead singer Matt Kavanagh has a reedy, easygoing tenor — imagine Doug Martsch of Built to Spill, but jubilantly drunk instead of weary and melancholy. With backup vocals from the rest of the Flyers, though, every track here takes on a whole new dimension.

Thematically, Find a Way is flawlessly focused. Every track here is unified by a grounded, mature and working-class kind of optimism. The indie-folk-sounding cut "It's Been So Long" ends with the lines: "Sit upon the staircase / look outside the window / and you might find / peace of mind." While that's not the most inspirational advice you're going to get this year, it's a hard-won strategy for dealing with depression that just might work.

Overall, though, Find a Way is haunted by sameness. Though cohesion is important, the similarity between riffs and keys and melodies gives the album the feel of a continuous jam session.

"Lilystone Daydream" breaks that spell nicely. It's the album's finest track and a clear indication of what the Lemon Flyers could evolve into. It's an earnest love song that manages to steer clear of cliché and has a really lovely melody. Also, it contains some of the best guitar work on the whole album.

So, while Find a Way might be a basic recipe, it works. Indeed, the Lemon Flyers are finalists this year for Best Rock Artist or Group in the Seven Daysies awards, so clearly they're converting the masses, one live show at a time. All in all, this is an auspicious debut, and you can expect this band to grow even stronger. You can also expect the group to take its sweet time doing so.

Find a Way is available at thelemonflyers.bandcamp.com. The Lemon Flyers perform Friday, July 19, at Jerry Jam in Bath, N.H., and Saturday, July 20, at Switchback Brewing in Burlington.

Speaking of The Lemon Flyers, Find A Way