The Kids Are All Right

Art Review: "The Child in Art" at the Fleming Museum 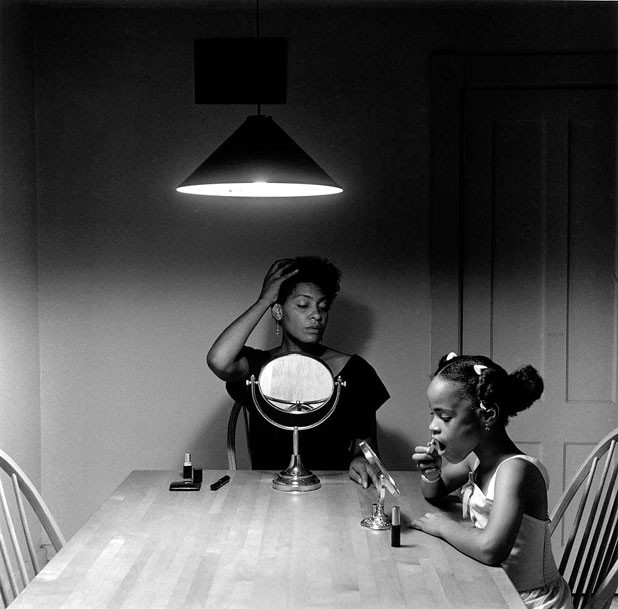 Longtime New Yorker cartoonist and Brookfield resident Ed Koren has garnered most of the attention at the Fleming Museum this summer — a retrospective of his cartoons and other drawings, titled “The Capricious Line,” fills the largest gallery. But visitors ought not to miss the quietly engaging complement in the smaller Wolcott Gallery across the Marble Court. Better yet, go back and spend some time solely with “The Child in Art,” an exhibit that museum director Janie Cohen calls “a little gem.”

She most likely feels that way because each of the 40-odd pieces here was culled from the permanent collection and, as such, represents the cache of treasures in the museum’s storerooms. Most of these works have never been shown to the public at all.

The title is literal: “The Child in Art” presents a diverse selection of paintings, prints, photographs and sculptures by adults that depict children. They range from a pre-Columbian terra-cotta figurine of a mother and child, to an early-17th-century Flemish engraving of a Madonna and holy infant, to a late-20th-century Carrie Mae Weems photo of an African American woman and little girl primping before their mirrors.

Though the exhibit straddles a broad expanse of time and cultures, the majority of works here were created in the 19th and 20th centuries in Europe and the U.S. — several in Vermont. Even so, they reveal widely disparate attitudes toward and social circumstances of children, from coddled royals to child laborers of the impoverished class. As well, the works demonstrate evolving artistic styles and media — particularly printing technologies — though this is an aside and not the focus of curator Aimee Marcereau DeGalan’s selections.

The painting that greets viewers at the gallery entrance is one of the most reverential — the child in it is a saint. “St. John the Baptist as a Child” is the work of British painter James Sant circa 1870. Considered the patron saint of Florence, John was often depicted as a child in artwork, and his luminous rendering recalls Florentine portraiture. Lushly brushed and beautifully framed, the subject might be the pinnacle of innocence, purity and goodness — an enduring, if idealized, characterization of childhood.

The most fanciful painting here is also arguably the most enchanting, which is fitting since its subject is a wood nymph. The dreamlike “Out of the Dark, Dark Wood” was painted circa 1890 by Vermont artist William Baxter Palmer Closson and depicts a small, blond, pink-outfitted creature standing at the edge of the woods and practically vibrating on the canvas. Closson’s wiggly brush strokes are perhaps meant to convey the evanescence of childhood, and of nature itself. Whatever the objective, the painting is intriguing, and so is its unique molded-paper frame.

While Victorian-era portraits of privileged children — alive or postmortem — are all fine fabrics, ringlets and rosy cheeks, some early-20th-century works offer a dose of harsh economic reality. A dramatic, poster-sized 1919 illustration for the Salvation Army’s Home Service Fund presents children (and some adults) as vulnerable creatures in need of rescue and protection. Lewis W. Hine’s black-and-white, silver-gelatin photographs document the stark lives of child laborers, including ones in Burlington’s and Winooski’s woolen mills. These are the kinds of images that began to change society’s consciousness — and laws.

Norman Rockwell took a different, and typically humorous, tack on the working child: “The Babysitter,” from 1947 — a painting on long-term loan from the Burlington School District — depicts an exasperated teen with a squalling infant on her lap. Rockwell’s colorful details tell the story — abandoned schoolbooks and ineffective toys, a paperback the girl attempts to study: Hints for the Baby Sitter. This is realism that tickled postwar readers of the Saturday Evening Post.

Most of the selections in the show are Western, but not all: Belarusian photographer Max Penson documented feudal Uzbekistan as it transitioned into a modern Soviet Republic. In the Fleming’s small but captivating photo from 1930, a smiling young boy sits on the knee of an old man with a long white beard. A young Samoan appears in another photograph.

Whether familiar or exotic, DeGalan’s picks from the permanent collection suggest the eclecticism of the museum’s holdings; perhaps the only good thing about tight economic times is that viewers are likely to see more such “in-house” exhibits. “It’s a chance to see what’s in there,” says DeGalan of the Fleming’s closets. “There are so many shows waiting to be discovered.”