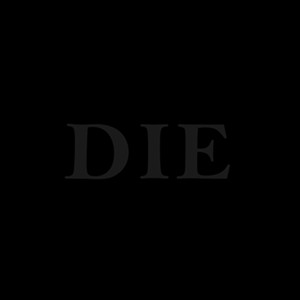 identify as an 802 "supergroup." Although that description is intended as a self-deprecating joke, there's also something to it. The band is assembled from members of various acts on the What Doth Life imprint, a dangerous, controversial rock-and-roll death cult. Or they might be a bunch of great guys from the Windsor area — hard to tell, what with all the mystique.

The ominously titled DIE is the second chapter of a trilogy that started with the group's 2013 album, LIVE. Per the band, this latest installment "follows the villain, Jay James 'Junky' Bear, as he is sent to hell to confront his sins." If that sounds a little heavy, well, brace yourself for the epic backstory in the liner notes, too. There's a lot going on here, both in terms of the rock-opera narrative and the music itself.

To start with, the band is pretty killer. This is definitely weirdo rock with plenty to alienate casual listeners, but it's cut by expert hands. While the whole crew at What Doth Life remains committed to raw aesthetics, its members can't help but improve with so many gigs and albums under their collective belt.

The result here is an idiosyncratic but intricately rendered LP full of outstanding arrangements. Lead singer Chris Goulet is a magnetic performer, but his vocals are often abrasive, a howl that's more punk rock than blues. Set against the cutting, legato guitar work of Brendan Dangelo and Kiel Alarcón, the Jobz rage somewhere between Fugazi and Modest Mouse.

At just seven tracks, DIE still has a lot of range. When the band leans into its primitive thrash side, as on the knockout "Little Knife," it damn near levitates. Just the same, the quartet can deliver lush, psychedelic Mazzy Star-style ballads ("Stuff Is Still Tuff") or tight, '90s radio-rock singles ("Angry Face") with equal conviction.

This album also finds the crew more comfortable in the studio than ever. Alarcón's engineering and mixing continue to improve, and this is some of his best work yet. The album is bright, warm and even. Equally impressive is the rhythm section of Tim Knapp on percussion and Ryan Hebert on bass. These two support the band at every twist and turn.

DIE is probably not the album that's going to put the What Doth Life collective on the mainstream map. It does speak to how far these art-rock insurgents have come, though. It also suggests that a breakthrough album may yet happen. Rock and roll is all about rough edges, and this team has enough energy and conviction to power a PA system.

As for the concept behind this concept album, I have to admit: Even after several studious listens, I have no fucking clue what happened to this Junky Bear guy. Perhaps that's for the best. Whether it's all a shaggy-dog story or just a hermetically sealed, novel-length in-joke, I still enjoyed taking the ride.

The Jobz perform on Sunday, January 20, with Jessica Rabbit Syndrome at Stage 33 Live in Bellows Falls. DIE is available at whatdothlifevt.bandcamp.com.