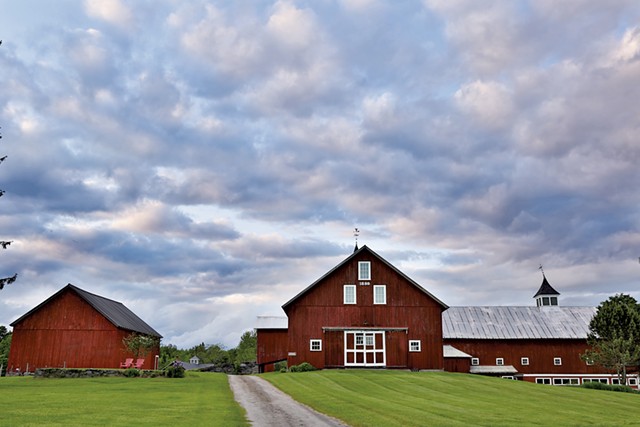 If there's one thing Vermont has in abundance, it's jaw-dropping scenery. You can find stunning panoramas in every corner of the state, from the breezy shores of Lake Champlain to the rugged peaks of the Green Mountains to the pastoral hills of the Upper Valley.

And then there are the wilds of the Northeast Kingdom. One of the more dramatic vistas in this remote part of the state can be found at the Inn at Mountain View Farm in East Burke, overlooking rolling farmland, evergreen forest and, just two miles away, Burke Mountain Resort.

"You really can't beat the view," said Carolyn Elliott, a Martha's Vineyard transplant who has managed the inn with her husband, Steve, for the past six years.

New York City hotelier Elmer A. Darling built Mountain View Farm in 1883 as a gentleman's farm. In its day, it was one of the largest and most lavish farm estates in Vermont. More than 100 years later, it retains much of that stately charm, thanks to the efforts of John and Marilyn Pastore, a Massachusetts couple who bought the property in 1989. Along with restoring the grounds and building, they added a sanctuary for mistreated farm animals. 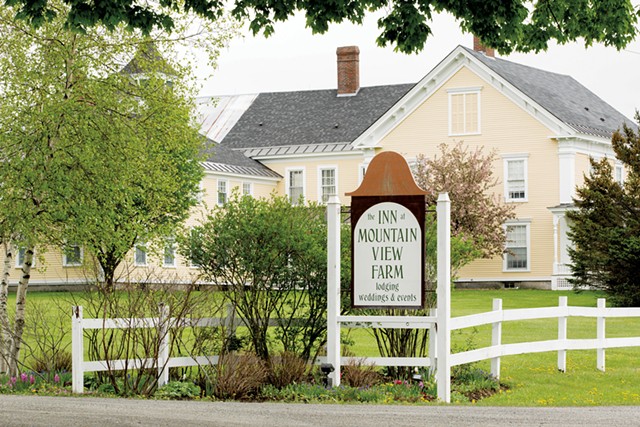 Marilyn in particular has overseen extensive renovations to the farm and estate, developing the property into a tourist destination while preserving its history. The inn's 14 rooms and suites are split between the old creamery building and the farmhouse. The accommodations are luxuriously appointed, evoking a modern kind of rustic Victorian chic.

Ornate sitting and dining rooms and a spacious patio invite lounging, eating and conversing, from safe distances, with fellow guests — as does the outdoor fire pit, which is lit nightly. S'mores fixings are always provided.

Mountain View Farm has a perfect 5.0 rating on the travel website Tripadvisor, which recently honored the inn with a 2020 Travelers' Choice award. Reviewers on the site almost unanimously praise the place for its scenery, food and welcoming staff. As one from Pennsylvania recently gushed, "The Inn at Mountain View Farm is an amazingly beautiful historic property ... so peaceful with many acres to walk." She added, "We have stayed at this Inn multiple times and highly recommend it."

With its idyllic backdrop, the elegant inn and farm is an in-demand wedding venue. That's remained true even during the pandemic, although the gatherings are smaller now, with safety restrictions and protocols in place. Spacious grounds and large outbuildings allow for relatively easy distancing, and DJs and bands make frequent announcements reminding revelers to wear masks, according to Elliott.

The inn sits along a section of Kingdom Trails, a vast network of recreational paths that ranks as one of the largest and most popular in the Northeast, especially among mountain bikers. That makes Mountain View Farm a destination for outdoors enthusiasts year-round — snowboarders and downhill and cross-country skiers in the winter, bikers and hikers in the summer. The Handlebar Biergarten, renovated from an old pump house on the farm's grounds, serves craft beer on draft trailside.

"We have a lot of people out for bike rides who then stop in for a beer," Elliott said.

What truly sets Mountain View Farm apart is the other guests, and we're not talking leaf peepers from Connecticut. tweet this

But what truly sets Mountain View Farm apart is not its tony accoutrements, stately brick buildings or immaculately restored cow barn — one of the largest farm structures ever built in Vermont. It's the other guests, and we're not talking leaf peepers from Connecticut.

In 2003, John Pastore, a Boston-area cardiologist, opened the Mountain View Farm Animal Sanctuary to provide a refuge for farm animals with tragic pasts. The nonprofit sanctuary's first animals were rescued from a petting zoo, where they had been abused and malnourished. 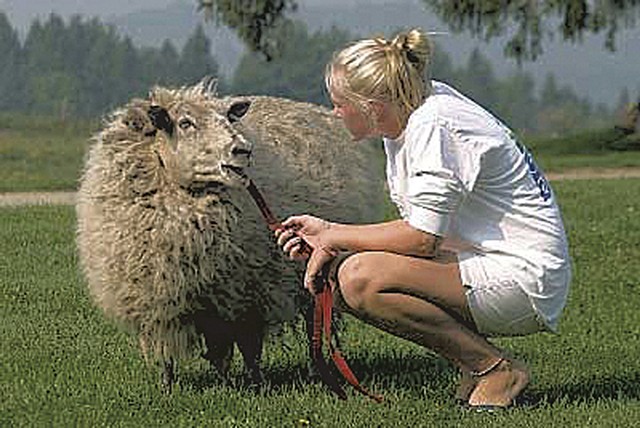 Guest are encouraged to visit the animals and speak with the team of four caretakers. (Area vets also regularly attend to the animals.) Education is a key component of the sanctuary's mission.

"I think children especially will experience the humane treatment of these large farm animals and be enriched by feeling closer to them and their stories," Pastore says on the inn's website.

Numerous reviewers confirm that experience, including one recent guest from Killington: "Our 2-year-old LOVED to visit with the goats, miniature horses, large horses, cows and farm cats."

Those Holsteins, by the way, are named Ben and Jerry.

"When they come here, they're frightened," said Elliott of the animals. "But we tell them, 'You don't know it, but you've hit the jackpot.'"

Anyone who's spent a night or two at Mountain View Farm likely feels the same way.

The original print version of this article was headlined "Room With a Ewe | Find scenery, creature comforts — and comforting creatures — at the Inn at Mountain View Farm"