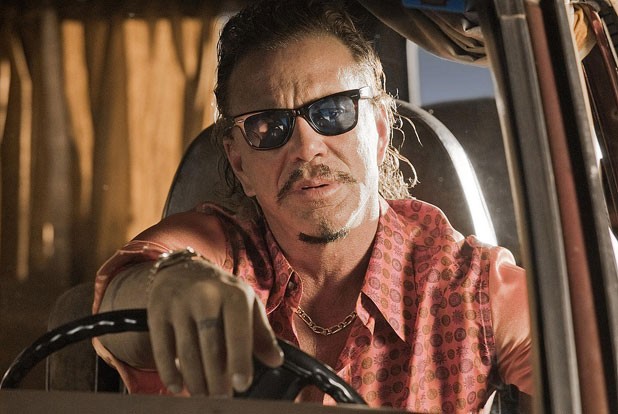 Long, long before he got around to penning his controversial and largely misunderstood masterpiece American Psycho, Bret Easton Ellis made his literary debut with the novel Less Than Zero. The year was 1985, and his subject was the frequently self-destructive strategies the young, rich and beautiful of Los Angeles concocted to kill the time that, like so many other things, they possessed in abundance. Sex, drugs and nihilism figured prominently.

Ellis was 21 when the book made him a household name (the 1987 movie version helped), but, young as he was, he’d already been writing along similarly debauched lines for years. As you take in the ravishingly lensed sex, drugs and nihilism on display in The Informers, try for the fun of it to imagine a teenager typing it all out in a dorm room, for that’s how far back this material dates. The collection of interlocking stories on which the film is based was published under the same title in 1994, but it was written nearly a decade and a half earlier, while Ellis was still in college.

For this reason, it shouldn’t come as a shock that we are not dealing with the author’s most accomplished work, much less the stuff of timeless literature. For connoisseurs curious about the evolution of Ellis’ art, The Informers provides insight into the gestation of his signature obsessions. Anyone else is likely to wonder what its producers imagined moviegoers of today would find of interest in this drama of dysfunction and ennui set in the early 1980s.

There are so many major stars in this thing it’s really hard to believe it’s not, like, you know, better. I’m such a huge Billy Bob Thornton fan that I recently watched the remake of The Bad News Bears on TV because he was in it, and enjoyed myself strictly on the basis of his mojo. He joins the ensemble this time around in the role of a wealthy Hollywood producer who’s alienated his two adult children by cheating on his wife (Kim Basinger) with a local news anchor (Winona Ryder).

This is one of those Crash-style pictures with interwoven narrative strands. No problem there. To a degree, Ellis deserves credit for anticipating the whole multistrand phenomenon. The problem is that most of the strands wind up as little more than loose ends. What happens to Billy Bob in the long run? Who knows? He vanishes shortly after receiving an injection of an unnamed drug in the groin with the assistance of Basinger — who promptly disappears from the story, too. As does Ryder.

Anyway, that part of the movie relies for poignance on the sudden and lethal emergence of AIDS. One of the three contracts the virus, and director Gregor (Buffalo Soldiers) Jordan treats that development in pretty much the same way horror directors have traditionally approached the subject of premarital sex. Boink outside of holy wedlock, and don’t be surprised if Jason axes his way into your cabin at Camp Crystal Lake.

While The Informers isn’t terribly coherent, insightful or groundbreaking, its production design is impressively slick. A number of performances are compelling, if frustratingly open-ended. But one storyline stands out from the rest, as though trying to break free and become its own movie: Mickey Rourke gives a bloodcurdling performance as an ex-con who kidnaps a boy off the street in broad daylight and plans to sell him to a cartel that specializes in untraceable young flesh. Rourke shows up unannounced with his merchandise at the home of his nephew, played in his final screen turn by the late Brad Renfro. Suffice it to say, this is the film’s one strand with not only a beginning, middle and resolution but also a credible moral struggle. This time it’s Renfro who’s the wrestler, weighing his allegiance to his flesh and blood against the fate that awaits the terrified child bound and gagged in his bathtub.

The movie has its moments — on top of an A-list cast from which one keeps hoping for more — but I wouldn’t expect it to make much of a mark, even in a season dominated by cinematic artists such as Vin Diesel, Miley Cyrus and The Rock. The fact is, there isn’t a whole lot to it. If it didn’t bear the Ellis label, public interest would probably be less than zero.