The Inaugural Green Mountain Book Festival Kicks Off This Weekend

Burlington is the place to be for Vermont bibliophiles this weekend. Running Friday through Sunday, September 23 through 25, the first-ever Green Mountain Book Festival brings more than 60 authors, poets and journalists to the Queen City for a blowout celebration of the written word.

Following an opening reception and a private dinner with headlining author Ruth Ozeki on Friday, the festival offers a robust slate of programming on Saturday and Sunday. Panel discussions at the Fletcher Free Library run the gamut from genre-specific talks on nonfiction, mysteries and thrillers to ones on memoir writing, unconventional publishing and finding inspiration. About 20 poets and authors will read from their latest works.

Other notable events include the Banned Book Open Mic, the Poet's Brunch and Book Signing, a used book sale, and a night of performances and readings at Light Club Lamp Shop. Ozeki will speak and read on Saturday at Burlington City Hall Auditorium. Acclaimed local poets Stephen Cramer and Shanta Lee Gander close the fest on Sunday afternoon.

The Green Mountain Book Festival's board is composed of fixtures of the local literary scene, including a co-owner of Phoenix Books, a past president of the Burlington Writers Workshop, a local writing podcaster and a Fletcher Free librarian. With deep roots in the state's literary community, the festival offers an embarrassment of riches, especially for an inaugural event. To help curious readers find their way, we've highlighted a few authors and events not to miss. 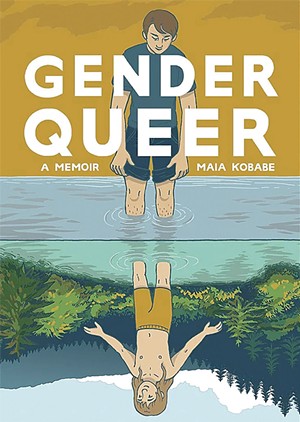 For a certain vocal minority of the American populace, trying to get books that deal frankly with social issues such as racism and LGBTQ rights banned from libraries and schools has long been a favorite crusade. Some classics, such as I Know Why the Caged Bird Sings by Maya Angelou and The Bluest Eye by Toni Morrison, have weathered decades of challenges. But the past couple of years have seen the largest uptick in challenges to diverse books since the American Library Association started tracking such efforts two decades ago. Conservative agitators have brought their reactionary views into the literary world, targeting books ranging from Maia Kobabe's Gender Queer to Angie Thomas' The Hate U Give.

Because the Green Mountain Book Festival coincides with the national Banned Books Week, a centerpiece of the weekend's programming is the Banned Book Open Mic. Anyone — from community members to featured authors — can sign up to read a passage from their favorite frequently banned book to this free speech-loving crowd.

"Because we honor free expression and diverse voices, we are pleased to open this opportunity to the public," festival board member Elaine Pentaleri said. "This promises to be a dynamic addition to our festival events and a vibrant way to raise the voices of those in our community."

Banned Book Open Mic, Saturday, September 24, 11 a.m. to 3 p.m., on the Fletcher Free Library lawn (rain location TBA) in Burlington. Free. To participate, sign up in person at the library on the day of the event. 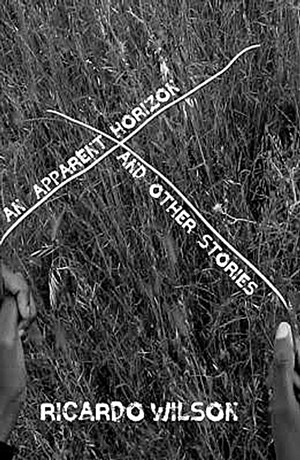 In his 2020 study The Nigrescent Beyond: Mexico, the United States, and the Psychic Vanishing of Blackness, Ricardo Wilson asks why the "collective imagination of the Mexican nation" has historically considered itself "devoid of a black presence." Released the following year, his An Apparent Horizon and Other Stories was a finalist for the Vermont Book Award and the Big Other Book Award.

An assistant professor of English at Williams College in Massachusetts and the director of Outpost, a residency program for writers of color from the U.S. and Latin America, Wilson has established himself as a writer and educator unafraid to delve into the thorny wilds of the subject of race in North America. The tales in An Apparent Horizon and Other Stories touch on everything from a West Indian man's work building the Panama Canal in the early 20th century to a mother's cold, tense drive to the funeral home to pick up the ashes of her son, who recently died by suicide.

Waterbury author Katherine Arden moves through worlds like nobody's business. In real life — before she was a best-selling author — she lived in Moscow, harvested macadamia nuts in Hawaii and skied in the French Alps. On the page, she journeys between the wintry wilderness of 14th-century Russia, a Lake Champlain haunted by demons and mystical spirit worlds. All of this traveling makes her a writer of immense imagination, capable of crafting tales in which readers of all ages can get lost.

Arden's debut series for adults, the Winternight Trilogy, burst onto the fantasy scene in 2017 with the New York Times best-selling The Bear and the Nightingale. This book and the next two in the series, The Girl in the Tower and The Winter of the Witch, follow the young speaker-to-the-spirits Vasya as she grows into a woman who must save Russia from war and demonic threats.

The trilogy earned Arden nominations for the Hugo Award, the Locus Award, the Vermont Book Award and the John W. Campbell Memorial Award for Best Science Fiction Novel. Her sophomore series, the Small Spaces Quadrilogy for middle-grade readers, is set in a Vermont besieged by lake monsters and creepy clown demons. 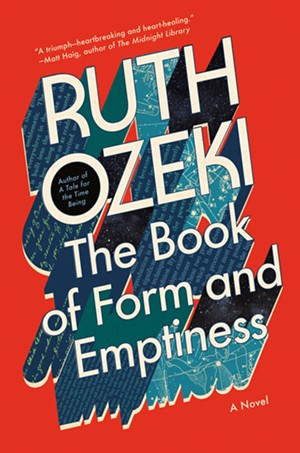 Festival headliner Ruth Ozeki published her first book, My Year of Meats, in 1998 and has been winning awards and garnering international acclaim ever since. Based in Massachusetts, New York City and British Columbia, Canada, the novelist, filmmaker and Zen Buddhist priest is adept at magical realism. "Ozeki ensouls the world. Everything in her universe, down to a windowpane and a widget, has a psyche and a certain amount of agency and can communicate," Judith Shulevitz writes in a New York Times review of The Book of Form and Emptiness, Ozeki's latest.

The 2021 novel, which won the UK-based Women's Prize for Fiction, tells the story of a 14-year-old boy who finds solace and guidance in the voices of sentient objects in his house after his father's tragic death.

Related Green Mountain Book Festival to Kick Off in September

Ozeki's My Year of Meats and All Over Creation (2003) have been published in 14 countries and 11 languages, and her A Tale for the Time Being (2013) won the Los Angeles Times Book Prize, was short-listed for the Man Booker Prize and the National Book Critics Circle Award, and has been published in more than 30 countries. She is a professor of English language and literature at Smith College.

An Evening With Ruth Ozeki, Saturday, September 24, 4 p.m., at Burlington City Hall Auditorium. $10; $20 includes a presigned copy of The Book of Form and Emptiness.

In Way Out West, Wyn Cooper's debut novel, Ronald Reagan is president, people listen to Led Zeppelin and Bob Seger on their stereos, and weed is called pot.

Cooper, a poet who now lives in Halifax, Vt., was living in Salt Lake City when he wrote Way Out West. The novel is set in Nevada and Arizona, a landscape Cooper loves and considers "almost like a character in the book." An element of mystery surrounds the meeting of the novel's principal characters: a stuntman and a woman from Denver who's starting anew and asking herself, Is it lethal here?

When he finished writing, Cooper sent the manuscript, originally titled Turn It Up, to publishers and agents in New York City. In return, he received "really nice letters" — all of which rejected the novel.

I hate rejection. So, I didn't send it out for over 30 years. Wyn Cooper tweet this

In the meantime, he published several books of poetry. A poem called "Fun" in his 1987 debut collection, The Country of Here Below, gained fame when Sheryl Crow adapted it into the lyrics of her hit song "All I Wanna Do." He's also written songs with singer-songwriters David Broza and David Baerwald.

Cooper had put his novel away in a box. Every five years or so, he took it out and read it and thought, Wow, I wrote a novel!

"And I was always proud of myself that I had accomplished that," he said.

A year ago, Cooper gave publication one more try. He sent Turn It Up to Stona Fitch, a novelist and founder of Concord Free Press. The small Massachusetts publishing house, which counts authors such as Russell Banks and Joyce Carol Oates on its advisory board, gives away books and asks that the recipients reciprocate by donating to a charity of their choice. Concord Free Press has helped generate $4.5 million for charity using this method, according to its website.

Cooper had met Fitch through a mutual friend seven years before he sent him the manuscript. Fitch accepted it for publication. Suddenly, Cooper said, he had some misgivings about the book, even feeling embarrassed by it.

"But I'm not going to say no to [Fitch] after he said yes," Cooper said. So the author made revisions, including tweaks to the plot and stylistic changes to reflect how he writes now, he said.

He also wanted a new title; the original is a reference to Van Morrison's song "Caravan." "The two main characters are obsessed with music," Cooper explained. "They can't stand silence."

Cooper considered about 150 titles over two months, he said. He convened a group of author friends to read the book and vet his suggestions. But he couldn't decide on a new one, so he stuck with Turn It Up.

Then, last month, as the novel was being typeset, Fitch emailed Cooper a new suggestion: Way Out West. Like the original title, it's a musical reference: the name of a song by Big Star.

"It all fit together beautifully," Cooper said.

Way Out West will be available at the end of September. Cooper plans to read from both the novel and his poems at the book festival.

"I always believed in the book, and I also thought it wouldn't be published," he said. "I was resigned to that. I have no idea what people are going to think of it. We'll soon find out."