The heap of logs and the spewing smokestack at the base of the ridge on which an art museum sits in Glens Falls can be seen not as intrusive eyesores but as a fitting testament to how a superb collection of paintings came to the Adirondack foothills.

The Finch Paper mill on the Hudson River hulks unapologetically below the museum as the source of the money used to purchase most of the 3,300 artworks in the Hyde Collection. They're housed in the former home of Louis and Charlotte Pruyn Hyde that was built in 1912 on a ridge overlooking the mill.

Most American museums are far more discreet regarding the fortunes that account for their holdings. For example, while the Frick Collection and the Morgan Library & Museum were named for their benefactors, those Manhattan cultural institutions don't advertise their founders as 19th-century robber barons who became wealthy by exploiting their workers. Ditto for the Museum of Modern Art, seeded with booty from John D. Rockefeller's Standard Oil Company. 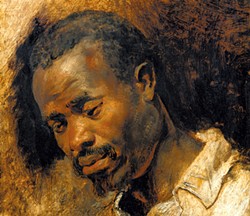 Finch Paper, which today provides the southern Adirondacks with 750 jobs, was established in 1865, at the dawn of the industrial era that made Glens Falls something of a boom town. One of the company's original partners, Samuel Pruyn, was the father of Charlotte Pruyn Hyde, the heiress who chose about two-thirds of the paintings, drawings and tapestries bought with profits from the mill.

Charlotte Pruyn (1867-1963) was sent to finishing school in Boston, where she met Louis Fiske Hyde, a Harvard student. They married in 1901. Six years later, Hyde gave up his law practice in Massachusetts to accept his father-in-law's invitation to join what was then called Finch Pruyn & Co. as vice president.

The couple usually summered in Europe and maintained an apartment on 58th Street in Manhattan. Following Hyde's death in 1934, Charlotte went on acquiring works of art from galleries on 57th Street and from dealers in London and Paris.

She developed a discerning eye under the guidance of art adviser Wilhelm Valentiner. He helped assemble the collections of some prominent U.S. museums, including the Detroit Institute of Arts, where he served as director.

The fruits of Charlotte Hyde's collaboration with Valentiner, as well as with British art historian R. Langton Douglas, hang on the walls of her home, which was opened to the public as a museum a few months after her death. The collection's layout in the rooms of a Renaissance-style palazzo is similar to that of the Isabella Stewart Gardner Museum in Boston, which in fact served as the inspiration for the display in Glens Falls. The Hyde, however, offers a more intimate and better-lit setting than does the Gardner.

The core of the collection spans six centuries of western art, from Botticelli to Kandinsky, with no focus on any particular artist or period. The home is sprinkled with outstanding examples of work by old masters such as Rembrandt, Rubens, El Greco and Tiepolo. Especially notable is "Head of a Negro" (the Hyde titles it "Head of a Moor"), Rubens' handsome portrait of a pensive and unnamed African man painted around 1620. 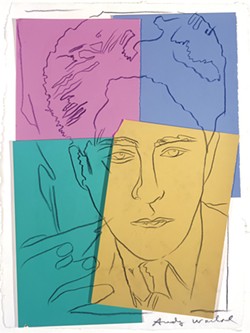 Hyde also collected post-impressionists such as Seurat, van Gogh and Cézanne, the last of whom is represented by a lovely little watercolor of trees. She picked up a Picasso from 1905, "Boy Holding a Blue Vase," that demonstrates the visual wizardry of the then-24-year-old artist.

Some of the strongest works in the Hyde Collection are by 19th-century American painters. Thomas Eakins, for example, composed a striking portrait of fellow artist Henry Ossawa Tanner that hangs in a stairway in the two-story home. The subject of George Bellows' "Old Lady With Bonnet" resembles an aristocratic zombie.

The museum owns an especially impressive selection of engravings and etchings by Winslow Homer, along with a couple of paintings by that artist famed, in part, for his Adirondack scenes. Two dozen of the Hyde's Homers are grouped in a special exhibit that runs through September 16.

Later in life, Charlotte plunged into the market for 20th-century American art and emerged with fine specimens of work by Arthur Dove, Dorothy Dehner and Keith Haring. Many of the modern pieces are displayed in a wing of the museum built in 1984 that also includes offices and workshops for the Hyde's education program.

The museum is currently hosting "The Late Drawings of Andy Warhol: 1973-1987," a show featuring several sheets that are on public display for the first time.

Last year, George Stephanopoulos donated what the Hyde describes as a "transformational" gift. The ABC News anchorman and political correspondent gave 128 photographs, including images by Henri Cartier-Bresson and Garry Winogrand, to a museum that had lacked substantial holdings in that medium. Stephanopoulos does not have a personal connection to the Hyde; he explained in a prepared statement that he simply regards the Glens Falls institution as "the perfect home" for his collection. 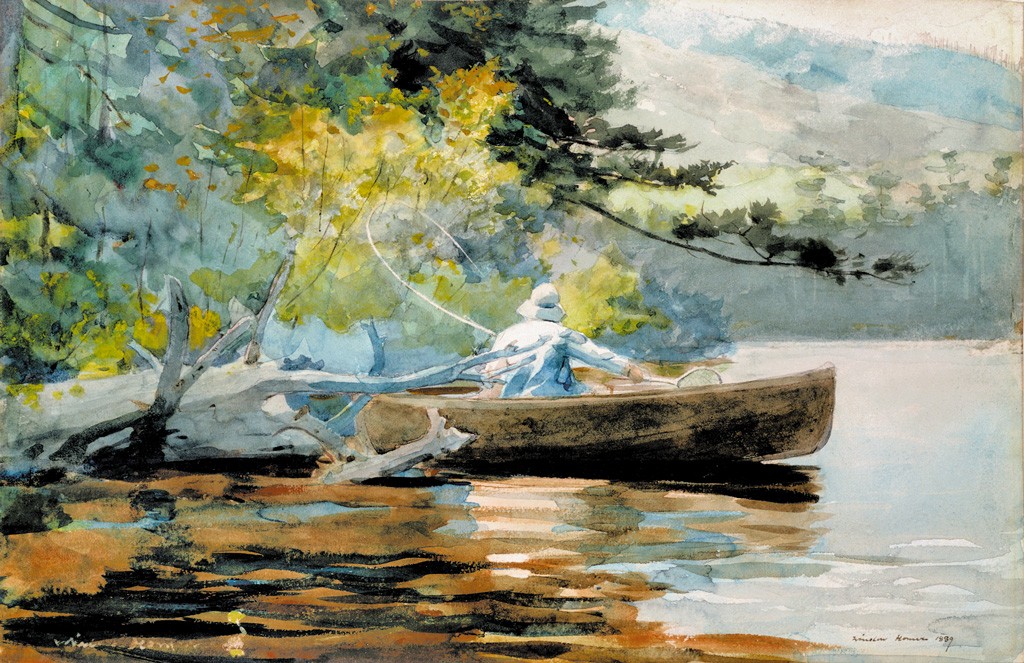 Charles Guerin, the museum's director at the time Stephanopoulos made his donation, was more forthcoming. "The great breadth of photography history, as well as the variety of national origins represented by this generous gift by Mr. Stephanopoulos, makes this a truly exciting and important moment for the growth of our permanent collection," Guerin declared in a written statement.

(Erin Coe, the collection's former chief curator who takes over as director next month, was unavailable for an interview.)

Despite its status as one of the finest museums in the Northeast outside Boston and New York City, the Hyde doesn't attract packs of art hounds. Annual attendance hovers around the 25,000 mark, meaning that fewer than 100 visitors show up on any given day.

An aura of tranquility envelops the museum and the garden at its rear. Museum educator Michael Coughlin sat on a stool in the flowering garden last Saturday afternoon as he led a class of two in pencil sketching. It could have been a vignette by Renoir — although the impressionist painter would surely have omitted the paper mill visible behind the students.

The original print version of this article was headlined "In Glens Falls, the Hyde Collection Samples Six Centuries of Art History"