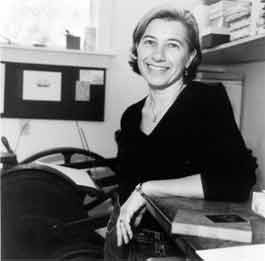 When Amy Pfeiffer was planning her wedding with Christian Carey last September, she wanted invitations that were a little out of the ordinary. Appropriately, the graphic designer for Ben & Jerry’s was looking for something whimsical and fun. Burlington artist Zoë Papas had just the right thing. That is, made the right thing.

Papas is actually a business analyst who happens to create hand-printed invitations on the side — her small but growing enterprise is called Zoë Ink. She also makes personalized stationery, note cards, party and other announcements. But wedding invitations are her specialty, and they’re all about love, care and customization. When taking on a job she’s likely to ask the clients questions such as: “What do you love to do alone?” “What do you enjoy doing together?” “How do you want others to see you?” “What are the places that are special to you?” or “What is your favorite season?”

For Pfeiffer and Carey, Papas found historical engravings of three French pastry cakes, which she printed onto the invitations — green ink on creamy Italian paper. Then she hand-colored the cakes on each invitation with gold and silver tints and a printed line: “If life is a banquet, then love is dessert.” A decorative band of handmade-in-Vermont Langdell paper added textural interest: removing it was like lifting the lid off a bakery box.

Papas picks out handmade papers, designs prototypes for clients to choose from and handprints every single invitation on an old platen press. Sometimes she hand-colors them, and sometimes creates and folds envelopes — all based on what she’s learned about a couple’s passions and predilections.

“I love being in my studio,” Papas enthuses. “I’m there every free minute on the weekends and in evenings during a job. I love the texture of hand-printing and the smell of the inks. The couples I speak to are excited and happy.” Her fantasy, Papas reveals, is to give up her day job and “head right to the studio every morning.”

It’s a bold ambition, since anyone with a computer and a modicum of typefaces can produce customized printed pieces these days. But Papas isn’t worried. “People who use their designs with computer publishing programs aren’t the ones who will contact me,” she says. “The ones who do know that letterpress printing is unique. The way the ink goes into the paper provides a three-dimensional, high-quality appearance, and a feel that’s unlike any other printed piece.”

At a per-invitation cost of $8 to $15, Papas’ customers also are willing and able to pay for “unique.” Chances are more of them will be calling when they see her invitation featured in the current issue of Modern Bride.

Papas’ first paid printing job was serendipitous. In 1995 she sat next to a woman on a cross-country flight. Papas was carrying some sample hand-printed cards, which she showed to her fellow traveler. A year later the woman called to ask her to design an invitation for her daughter’s bat mitzvah. Papas asked for copies of Hebrew letters denoting coming-of-age rituals. But her client was more interested in Asian culture.

Papas recalls worrying, “How am I ever going to design a bat mitzvah invitation with an Asian theme?” Her solution was to print the daughter’s Chinese birth symbol on square, thick, cream-colored paper accented with Buddhist prayer paper and wrapped in a vellum hand-cut envelope.

Letterpress printing — once the only way to print — is now considered an art form. Papas began developing her artistic talents about a decade ago, creating handmade collage books. She moved to Vermont from San Francisco in 1993 to join her partner, Mark McGinley. She didn’t have other friends here yet, and working from home didn’t offer many opportunities to meet new people.

One day Papas was having her collage books drilled at Reprographics when Burlington graphic designer Anthony Sini stopped to admire her work. He introduced her to graphic artists Craig Dicken and Debra Kaiser of KaiserDicken, who hired her on the spot to design a collage cover for a brochure.

This assignment inspired Papas to sign up for a letterpress printing class at Shelburne Museum. In fact, she signed up again and again, hoping that one day enough people would register to make it worthwhile for the museum to actually hold the class. Peter Wells, then in charge of Working Exhibits at the museum’s turn-of-the-century print shop, noticed that Papas and one other woman kept coming back. He requested permission to hold the class for these two determined wannabe printers.

“Once I took the class, I never left,” says Papas. “I cleaned and sorted type. I worked on projects with Peter. He taught me everything. He is absolutely wonderful.”

Wells, who now practices and teaches blacksmithing in Calais and consults for various local museums, encouraged Papas to purchase a 6 x 9-inch Kelsey press. Weighing about 50 pounds, the Kelsey is a table-top press that was used by hobbyists in the 1950s.

Wells then found her an 8 x 10-inch Kelsey, which allowed her to produce larger products. She set up a workshop in her basement, and her passion for printing grew accordingly.

In 1998 Papas acquired a 19 x 27-inch Vandercook Proof Press — the king of proof presses for newspapers before offset printing came along. Somehow this press, originally from New York City, had wound up in the basement of a bakery in the Northeast Kingdom. Using a John Deere tractor, the woman who owned it hefted it onto a flatbed and delivered it to Papas in Burlington.

By this time, Papas had 10 good friends to call for help. Despite her warnings, though, the size and weight of the press — 1800 pounds — didn’t register until they unsuccessfully tried to unload it. They wound up taking it apart and setting it in a shed, where it sat in pieces for another year.

Last year Dicken took Papas to a printing-press auction in Barre. “It was enormous,” she recalls. “There were 20 to 30 guys. I was the only female in the group.” She and Dicken spotted a Chandler & Price Platen Press from the 1930s, with a motor that had replaced the original foot treadle. “Let’s start her up and see what she does,” Dicken suggested.

Papas loved the press, but was dismayed when the auction bidding started at $1000. No one responded. Then the auctioneer said he’d start the bidding at $100. Papas raised her hand and bid $50. “Would you at least start at $100, lady?” the auctioneer pleaded. “I can get more than that for scrap.”

Papas obeyed, and got the press. It took seven people and $500 to move. Then she had to renovate the shed to use as a printing studio. “Good thing I got the press cheap,” she quips.

It’s the Chandler & Price that Papas uses for most of her invitations. She can print 200 pieces in 10 minutes; it takes an hour to print the same number on the tabletop hand presses.

Recently, Wells spent two days at Papas’ studio reassembling the Vandercook, which will allow her to print book covers and posters up to 19 x 27 inches.

Last summer, at a printing studio in Martha’s Vineyard, Papas fell in love with a Heidelberg Windmill Press, which she calls “the Mercedes of printing presses” — it flips out 60 to 100 prints a minute. Now she’s fantasizing about getting the Heidelberg and producing her own line of wedding and gift cards. In fact, Papas would like to save more hand-presses from the scrap yard because they’re “so amazing,” she says.

Meanwhile, she’ll continue to develop products that reflect her clients’ interests. An old-fashioned wedding in Sundance, Utah? A sepia-toned image of a mountain. The union of a garden designer and chef? Images of flowers and pears. A groom who is a woodworker and a bride in a purple dress? A tree in silver ink mounted on purple paper.

Generally Papas uses clip art, often from the 1920s and ’30s, as a starting point for her designs. She might enlarge a detail and move images around for the placement she wants. She also works with computer fonts instead of setting type, which takes a long time.

Papas does a quality check of every printed piece that comes off the press, and arranges the pieces in hand-printed envelopes, which may be folded in custom shapes. The most nerve-wracking part of the process? Relinquish-ing her creations to the U.S. Post Office. “I love being in control of all the steps — designing, buying the papers, doing the production, printing,” she says. “Do you think this means I’m a control freak?”

The answer from any couple who sees her hand in every part of their wedding — or civil union — invitation has got to be a satisfied “I do!”