The Evolution of Travel Website and Podcast 'Happy Vermont' 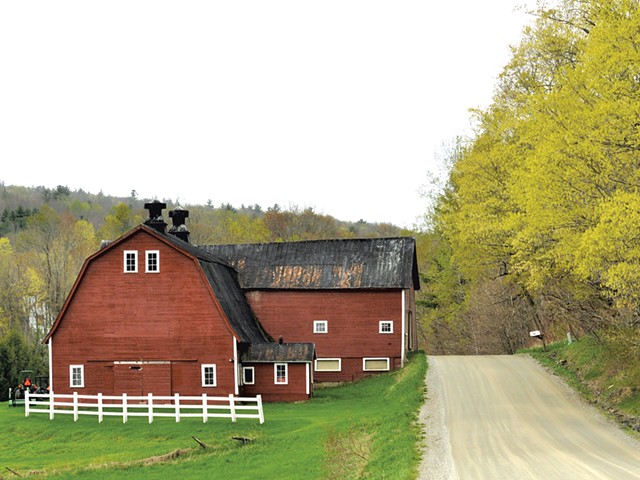 During her five years as the communications director for the Vermont Department of Tourism and Marketing, Erica Houskeeper routinely fielded calls from out-of-state journalists looking to report travel pieces about Vermont. Unfailingly, those dutiful, if perhaps unimaginative, scribes would hone in on the same rather generic aspects of the Green Mountain State.

"They wanted to know about foliage, skiing and Ben & Jerry's," Houskeeper recalled. "And I was always like, 'There's so much more! Vermont is so much more interesting than that.'"

"I love how Vermont makes me feel." Erica Houskeeper tweet this

Since 2009, Burlington-based Houskeeper has set about proving that statement, first through her travel blog and website Happy Vermont, and in the last year via a podcast of the same name. She's also launched a line of T-shirts and hoodies with graphics designed by her husband, Dave Barron — you might know him from the hugely popular Bernie Sanders hair-and-glasses logo he designed in 2015.

Houskeeper has quietly become something of an unofficial state ambassador and a champion for getting off the beaten path. In a February post on the Happy Vermont website, for example, she fueled appreciation for a decidedly different side of Vermont skiing than glitzy resorts: the state's small ski hills — places such as the homey Hard'Ack Recreation Area, a St. Albans sledding and skiing hill that's well beyond the gaze of most travel guidebooks and websites. In a recent podcast episode, she profiled Katharine Montstream, a Burlington visual artist who founded the Red Hot Chilly Dippers, a group of winter swimming enthusiasts who regularly swim in icy Lake Champlain. 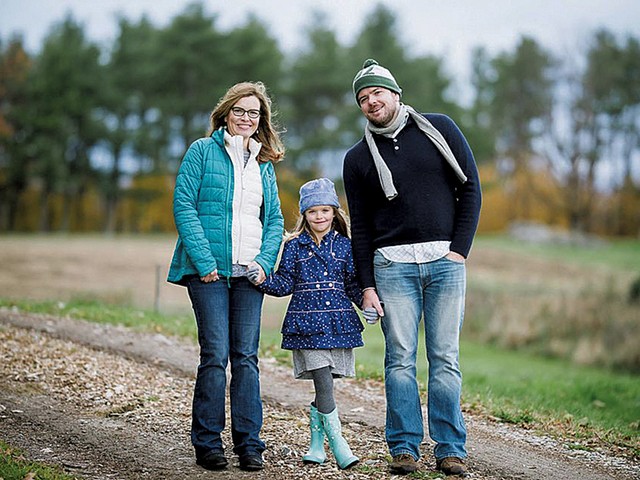 Houskeeper reports with a journalist's rigor — she was one for many years — and writes with a fan's infectious enthusiasm. You can't help but want to bomb down Hard'Ack on an inner tube after reading that post. But you also get a sense of what the hill means to its community.

"I don't want to do hotel reviews or write itineraries," she explained. "I'm interested in people. I want to write about a town and what makes it interesting or special."

While the site is a beacon of positivity befitting its name, the origins of Happy Vermont grew out of something else entirely.

"I was anything but happy when I started it," Houskeeper said.

The first version of Happy Vermont emerged in 2009. At the time, she and her husband were expecting their first child. But midway through the pregnancy, they lost the baby.

"I started the project to help me deal with grief," Houskeeper explained. "We had been planning for this family and all these dreams, and then everything was just gone. And I felt like I needed something to plan or nurture, something to do with myself, because it was a really lonely time."

Houskeeper was still working for the state tourism department in 2009, which somewhat limited what she could write about due to potential conflicts of interest. But Happy Vermont nonetheless became a personal creative outlet for her to post pictures and observations of her local travels — state parks, winding rivers, the foliage along Route 100.

"It was a way to find community and way to express myself," Houskeeper recalled.

In 2011, she and Barron welcomed daughter Phoebe. Later that year, Houskeeper left her job with the state. After taking some time for herself and her family, she reinvested in Happy Vermont. The site as it exists now started in about 2013.

"I love how Vermont makes me feel," Houskeeper said. "I love the beauty and all the offbeat things you'll find out about it. It's not just this postcard place. It's more interesting than that." 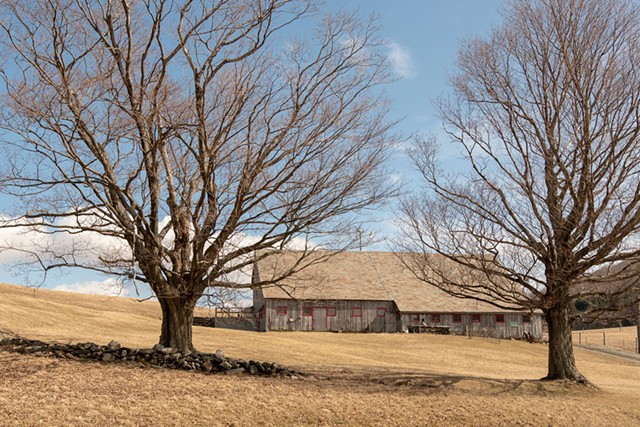 Happy Vermont is geared toward locals and nonlocals alike. During the pandemic, it's been a valuable resource for staycationing Vermonters. Still, Houskeeper estimated that about 75 percent of her audience hails from outside of Vermont — mostly from the Northeast, within driving distance. So while she'll write posts on, say, scenic routes in the fall to cater to tourists, that's about the extent of her concessions to traditional travel writing. In fact, during the pandemic, Houskeeper said she's felt a responsibility not to paint the state as a tourist destination.

"I didn't want to be like, 'Hey, come to Vermont!'" she explained. But since most of her focus is on people and offbeat places, she added, "I didn't have to change things up that much."

Houskeeper, who works as a freelance writer and photographer for nonprofits and higher education, said she doesn't have grand ambitions for Happy Vermont. She hopes to incorporate video at some point. And she plans to improve her podcasting skills, which she acknowledges are a work in progress.

"My vision is just to keep going," Houskeeper said. "It's never gonna make me rich, but it really energizes me and makes me feel connected and alive and happy."

Getting Unstuck in Mud Season 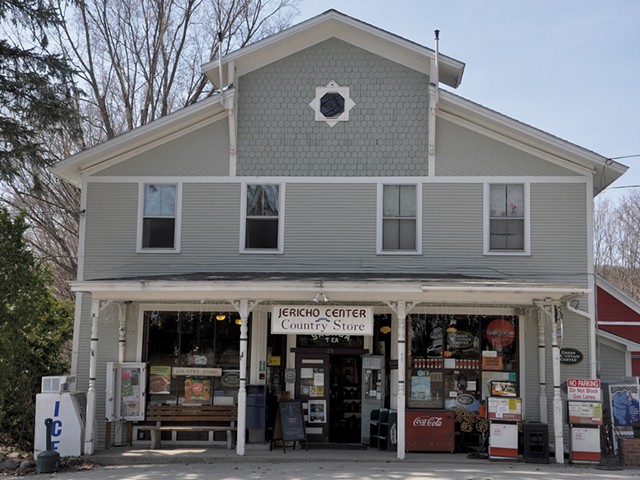 Mud season is a tricky time to explore Vermont. The ski season is winding down. Most hiking trails are closed until they dry out. Finicky weather adds complicating layers, literally and figuratively. Oh, and there's still the pandemic to consider. Houskeeper offered a few fun ideas for making the most of Vermont in early spring.

Fun fact: Vermont has more dirt roads than paved roads. "You maybe don't want to drive them," Houskeeper cautioned, "but I like walking them. And Vermont has so many beautiful dirt roads."

In particular, she highlighted Darling Hill Road in East Burke and North Street in Montpelier, with its views of the Worcester mountain range. Or you could go to a town such as Landgrove in Bennington County or Ripton in Addison County, where most of the roads are unpaved.

"It's pretty easy to figure out where they are," she said. "Just look on Google Earth."

You might call ahead to make sure they're open, she said, but visiting general stores is a particular niche pleasure for Houskeeper. "They need support more than ever," she said. "There are so many good ones ... and they're so cool." 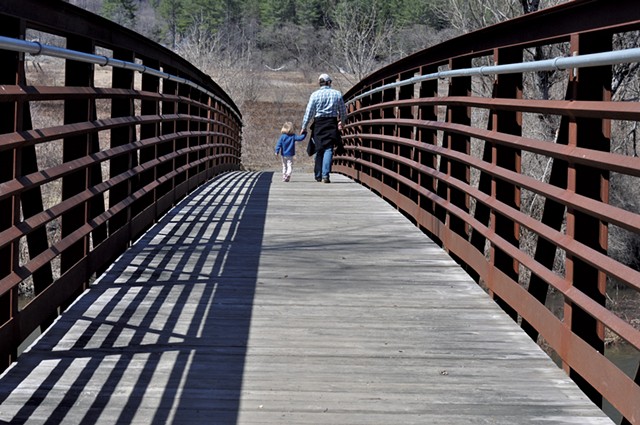 While mountain hiking is generally impossible until spring arrives in earnest, there are other scenic places to stretch your legs. Walking trails abound in Vermont, some with views to rival even the most splendid peaks.

Houskeeper suggests the North Branch Trail System in Montpelier and Shelburne Farms as destinations. But for her, the Merck Forest & Farmland Center in Rupert is a cut above. "It's stunning," she said.