The Cannabis Catch-Up: What’s the Deal With Gifting? 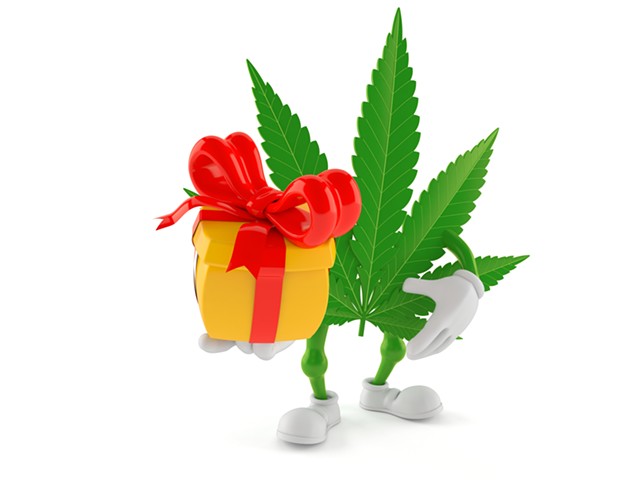 A major gray area in Vermont’s new cannabis law could soon get a little clearer.

By early next week, Attorney General T.J. Donovan will issue guidance on the issue of “gifting” cannabis, which cropped up as soon as the state legalized weed on July 1.

Here’s how it works: A seller offers a gift of marijuana in exchange for a “delivery fee” or some overpriced item, such as a sticker. The buyer and seller can then argue that the transaction involved something else, not the cannabis, the selling and buying of which would be illegal under Vermont law.

Such practices took root in Washington, D.C., and Massachusetts after each legalized marijuana. Without a tax-and-regulate system in place, such a system was inevitable in Vermont. In fact, it gives advocates another argument for full legalization.

"Gifting exists in the vacuum of regulation," said Tim Fair, a Vermont attorney who opened a firm focused on cannabis law. Fair believes the state will implement a tax-and-regulate system in the near future. "I think there are a lot of questions of what to do in the interim," he said.

The Facebook page of one of Fair's clients, Rolling Flower VT, was briefly down earlier this week. Fair said he encouraged the company, which provides marijuana gifts for a delivery fee, to take a “sabbatical.”

“We’re waiting to see what the state says about gifting,” Fair said.

Asked about gifting, Chittenden County State’s Attorney Sarah George deferred to Donovan, who would have jurisdiction to prosecute crimes involving a business.

“We do not have a policy in place on this issue, and we would look to the AG’s office for guidance and of course look at the facts of each individual case,” George said in an email. “We have discussed it broadly as an office but we are hoping the AG’s office will give us the guidance, and I expect that whatever the decision would be for a business would be the same for an individual.”

Fair described Rolling Flower as the “most visible” gifting business, but said “it would be naïve to think there aren’t others out there right now.”

“Rolling Flower does not wish to break the law,” Fair said. “They’re not criminals — they’re entrepreneurs.”

Here are some of the cannabis stories we read this week:
July 18: Will legal weed reduce stigmatization? The jury's still out. [Alexandra Montgomery, WCAX]
July 18: An interesting study looks at whether legal weed makes police departments more effective by examining departments' clearance rates in states that have legalized it.  [Christopher Ingraham, Washington Post]
July 19: A California man serving a federal prison sentence for running state-legal medical marijuana dispensaries hopes that President Donald Trump will grant him clemency. [Matt Ferner, Huffington Post]
July 19: Here are some tips on microdosing for weed noobs. [Kristin Astre, Forbes]
July 20: The latest Colorado Healthy Kids survey found youth weed use dropped in 2017 to about 20 percent. Meanwhile, adult use in the state, which legalized weed in 2012, ticked up. [Thomas Mitchell, Westword]
July 20: Veterinarians in New Jersey are not legally allowed to give pet owners advice on giving animals cannabis, be it marijuana or non-psychoactive cannabidiol-infused treats. [Claude Brodesser-Akner, NJ Advance Media]
July 20: Congressman Tim Ryan (D-Ohio) says cannabis should be legal in all 50 states. [Tim Ryan, CNN]
July 20: It’s expensive to open — and operate — a marijuana dispensary in Massachusetts, so there’s an obvious question: Are cities and towns asking too much of cannabis operators? [Dan Adams, Boston Globe]