The Cannabis Catch-Up: The War on CBD 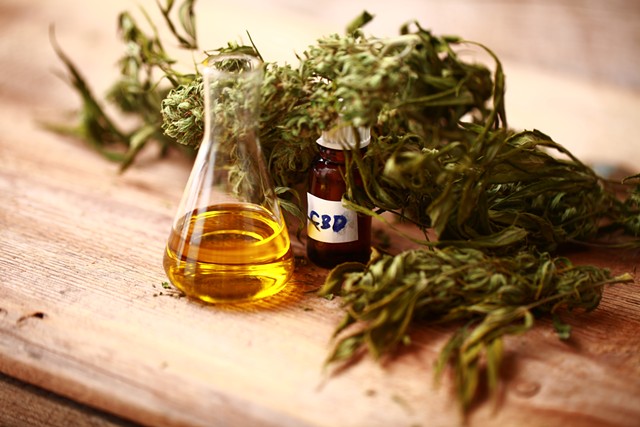 Even as cannabis legalization becomes more widespread, its nonpsychoactive cousin is taking a hit.

Officials in New York and Maine have ordered cannabidiol-laced food off the shelves following a U.S. Food and Drug Administration declaration in December that CBD is not an approved food additive and can’t be sold as a dietary supplement.

That’s disconcerting to Vermont CBD companies that sell their products in those states. Some Green Mountain State producers have had their goods pulled from the shelves in Maine, VTDigger.org reported.

“Our hemp producers really need access to out-of-state markets,” Cary Giguere, of the Vermont Agency of Agriculture, Food and Markets, said on Thursday. “Other hemp-producing states have the same concerns as we do.”

So will there be a similar CBD shutdown in Vermont?

Here are some other cannabis stories we read this week:
February 4: Eleven students at an Ohio elementary school were treated after they ate weed-laced gummy bears. The kids were between 5 and 9 years old. [Doha Madani, NBC News]
February 5: Steve Bannon and some other MAGA-mouthpieces visited Texas this week to drum up support for a wall across the U.S. border with Mexico. Bannon has even explored making the wall out of hempcrete. “Do you understand the irony of using hempcrete to keep out marijuana?" Bannon said. [Ben Shreckinger, Politico]
February 5: Ceres Natural Remedies has purchased Vermont-based sparkling water company Tretap. Ceres plans to make a CBD-infused drink. [Bevnet]
February 5: Some cafés in New York City had their CBD-laced goodies bagged up and confiscated by the Department of Health, which declared the additive unsafe. [Michael Gold, New York Times]
February 7: A bunch of stoned people gave advice about some deep questions, then an improv comedy troupe acted out the answers at an event in Burlington called “Dubious Advice.” I see a familiar face in the photos that accompany this article. [Brent Hallenbeck, Burlington Free Press]
February 7: Cops in Idaho seized 7,000 pounds of cannabis from a truck and arrested its driver. But according to the company that owns the stash, it’s all legal because it’s hemp, not high-THC weed. [Paul P. Murphy, CNN]
February 8: A bill in the Vermont House would allow medical marijuana dispensaries to sell weed to the general public beginning January 1, 2020. [Taylor Dobbs, Seven Days]
February 8: In Canada, weed legalization does not appear to be slowing the rate at which people drink. The provinces with the most cannabis sales have not seen a corresponding drop in alcohol sales. [Patrick Cain, Global News]
February 8: Former U.S. House speaker John Boehner will chair the National Cannabis Roundtable, a new industry-funded lobbying group that represents cannabis companies in 23 states and Washington, D.C. [Randy Tucker and Jackie Borchardt, Cincinnati Enquirer]
February 8: A bill introduced Friday by U.S. Sen. Ron Wyden (D-Oregon) would legalize weed. S.420 (yes, that’s correct) would give the Drug Enforcement Administration 60 days to remove cannabis from its list of controlled substances. [Shannon Liao, The Verge]
February 8: A man was shot and killed in the doorway of a Springfield, Mass., home that had a “significant” cannabis grow operation inside. [Associated Press]