The Cannabis Catch-Up: States Just Say No to Jeff Sessions 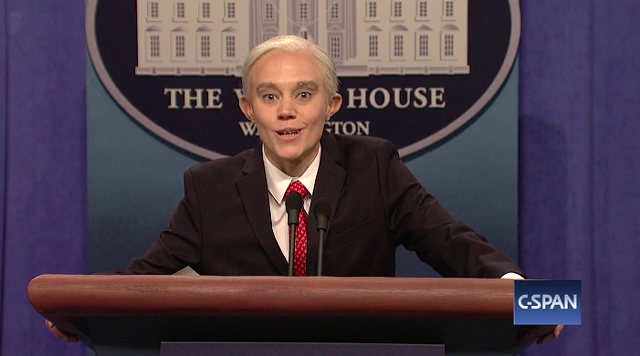 It was a big deal when the Vermont House on Thursday passed its version of a marijuana legalization bill. The Senate gets the bill next, and Gov. Phil Scott has said he’s amenable to signing it into law once it reaches his desk.

The prospect of legal marijuana in Vermont is looking more and more like a matter of time, perhaps a very short amount of time.

But the bigger story this week, undoubtedly, was that President Donald Trump’s Department of Justice plans a crackdown in states where marijuana is legal. U.S. attorneys in those states apparently have discretion over prosecutions.

The announcement Thursday roiled those states. Politicians on both sides of the aisle bashed it because, really, pot isn’t just a party-line issue.

In Colorado, which opened taxed-and-regulated stores in 2014, officials seem quite happy with the system they have set up. Take Sen. Cory Gardner (R-Colo.), who said the announcement “directly contradicts” what Attorney General Jeff Sessions told him before his confirmation hearings.

“With no prior notice to Congress, the Justice Department has trampled on the will of the voters in CO and other states,” Gardner said in a tweeted statement.

Others in the state said similar things. Wanna know why? The state has raked in approximately $618 million in taxes and fees from the sale of legal weed. And check out these statistics provided by a Denver TV news producer.

There are 34,459 licensed employees who work in Colorado's #marijuana industry. For comparison, Colorado has 16,710 secondary school teachers, 11,230 lawyers and 52,540 waiters. #copolitics

It’ll be interesting to watch this play out. Here are some other cannabis news stories we kept up with the past week:
January 1: Legal cannabis is now for sale in California, a state of 38 million people. Long lines greeted enthusiasts at shops across the state. In Oakland, a local attorney made the first legal buy at 6 a.m. New Year’s Day at Harborside Dispensary. [Matt Keller, ABC 7]
January 1: With weed legal in more states, the Guardian newspaper has begun a new cannabis column: High Time.

“Now that the green genie is out of the bottle, let’s talk about it like adults,” writes Alex Halprin.
January 2: Do you “just say no” to marijuana? Then boy, does this group have a coloring contest for you! Actually, scratch that, you missed the deadline. What are you, some deadbeat pothead?

The contest wasn't part of a resurgent DARE program but was run by an anti-legalization group called Physicians, Families, and Friends for a Better Vermont. They asked kids as young as prekindergarteners to create a poster with a certain anti-marijuana theme, according to Heady Vermont, which obtained a copy of a flier touting the contest. First place gets a $50 prize, and, per the poster, “All entries will be used and dispersed to be posted in public settings all around Vermont.”

Looking forward to seeing the results… [Eli Harrington, Heady Vermont]
January 4: News you can use: The Vermont House voted 81 to 63 to legalize the possession of marijuana for adults. It’s now on to the Senate, meaning the bill could be on Gov. Phil Scott’s desk in a matter of weeks.

Got a story you want to see run in our our weekly roundup? Send an email to cannabeat@sevendaysvt.com.