The Cannabis Catch-Up: O Canada, You Smell Like Weed 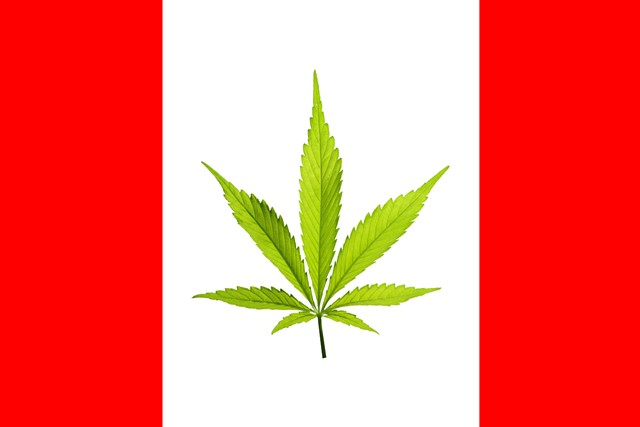 With the flick of a Bic, Canada on Wednesday became the first major world economy with legal recreational cannabis.

It’s a profound moment in the cannabis movement when a North American country of 37 million people legalizes the drug. Not to mention, the border is just about an hour north of Burlington. (Just don’t try bringing anything back with you to Vermont).

Lines were blocks-long ahead of the stroke of midnight Wednesday, and some shops were facing shortages by later that day. Customers online had some issues, too, the BBC reported.

In Nova Scotia, consumers spent about a half million dollars on day one, and an enterprising Girl Scout (they call them “Girl Guides” up der) in Edmonton, Alberta, camped out and sold cookies in front of a weed shop. (Click here for some other sale numbers from the day.)

Cops in Winnipeg, meanwhile, ticketed a dude smoking in his car just an hour after legalization took effect. The $672 fine — that's in Canadian dollars — will certainly harsh your mellow.

So is this what it’ll look like in Vermont when a taxed-and-regulated system takes effect? Probably not. But if you want some insight into how such a system works, take a drive across the border, eh.

Here are some other cannabis stories we followed this week:
October 16: While marijuana is legal in both Canada and Vermont now, U.S. customs officials say “marijuana is not going to become a routine screening question for everyone crossing the border.” Those caught with weed could face criminal prosecution and hefty fines. [Elizabeth Hewitt, VTDigger.org] October 17: Vermont’s first blockchain-based LLC involves an app to enable those interested in the cannabis industry to track product from seed to sale. [Sasha Goldstein, Seven Days]
October 18: Vice talked to some Canadian weed dealers to gauge their thoughts on cannabis legalization. [Billy Eff, Vice]
October 18: A Jamaican-born musician who lives in Oregon was arrested in Mississippi in March 2017 with three pounds of legally obtained cannabis. On Monday, a judge sentenced the medical marijuana patient, who argued the weed was for personal use, to eight years in prison without the possibility of parole. [Jimmie E. Gates, Mississippi Clarion Ledger]
October 19: Two new studies found that the number of car crashes went up in some states that legalized cannabis. [Brett Molina, USA Today]