The Cannabis Catch-Up: High in the Hollywood Hills 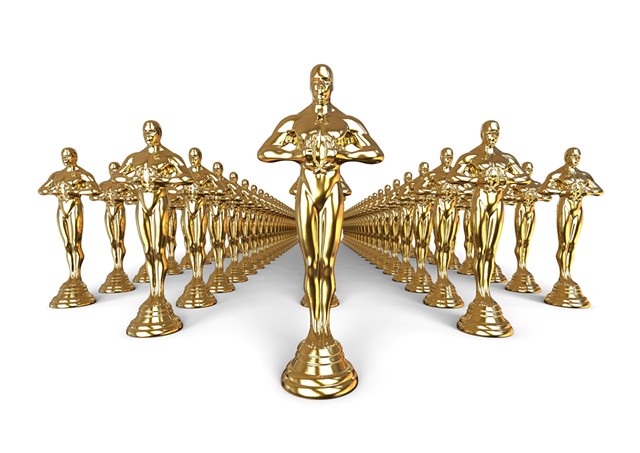 Hey! It’s the Friday before the Academy Awards.

As is tradition, reporters have gone through the swag bag that each Oscar attendee receives so us peons can drool over all the high-end stuff. And since the awards extravaganza is held in California, where recreational cannabis was legalized in January 2018, this year’s goodies include some weed-infused products.

Think hand-painted truffles, chocolate bars, CBD stuff and even a VIP membership to Los Angeles’ first cannabis-friendly social club, MarketWatch reports. What else would you expect from a swag bag worth an estimated $100,000 or more?

“We had a huge influx of inquiries from brands in the cannabis space,” Lash Fary, founder of the company that compiles the Oscar bags, told MarketWatch. “Very excited and proud to have chosen companies we feel are the leaders in their respective gift categories.”

Maybe one of these days, we’ll be lucky enough to get an invite to Hollywood’s biggest night. Enjoy Sunday’s ceremony, if you’re into that kinda thing.

Here are some other cannabis stories we followed this week:
February 15: Clarendon is preparing to draft an ordinance to ban cannabis sales in town if  Vermont legalizes a regulated weed market. [Keith Whitcomb Jr., Rutland Herald]
February 18: The Senate Agriculture Committee backed a bill that will create a tiered system of fees for Vermont hemp growers based on acreage. Processors would have to pay a fee as well. [Anne Wallace Allen, VTDigger.org]
February 18: Wisconsin Gov. Tony Evers wants to legalize medical marijuana, decriminalize possession and align state law with federal standards concerning CBD. The Democrat announced the overhaul during a press conference about his budget proposal. [Farnoush Amiri, NBC News]
February 19: A New Hampshire man pleaded not guilty to being under the influence of cannabis when he crashed his truck in Norwich, Vt., last September, killing one of his passengers. [Jordan Cuddemi, Valley News]
February 20: Amid a federal cannabidiol crackdown, Rep. Peter Welch (D-Vt.) was one of several members of Congress who signed a letter to the FDA commissioner asking for guidance about the future of CBD. [Julia Barajas, Cannabis Wire]
February 21: Calvin Johnson, a former Detroit Lions wide receiver nicknamed “Megatron,” got the green light this week to open a medical marijuana business in Michigan. [Amy Biolchini, MLive.com]
February 21: The New Hampshire House Criminal Justice and Public Safety Committee narrowly approved a bill that would legalize possession of up to an ounce of cannabis for adults and would set up a regulated marijuana market. It could face tough sledding in the full House, and Republican Gov. Chris Sununu has said he’d veto the bill if it makes it to him. [Dan Tuohy, New Hampshire Public Radio]
February 21: Sen. Kamala Harris’ (D-Calif.) father had some harsh words for his daughter, a 2020 presidential candidate, after she admitted to smoking weed in college, saying, “Half my family’s from Jamaica. Are you kidding me?” Donald Harris said his daughter’s comments perpetuate a “fraudulent stereotype” that would cause her grandparents to roll over in their graves. Yikes. [Joe Garofoli, San Francisco Chronicle]
February 21: A new report found that cannabis legalization could pose a “long-term risk” to the alcohol industry because of weed’s popularity in places where it’s been legalized. [Chris Morris, Fortune]
February 21: Tonight! The founders of Trace, a blockchain-based app for the cannabis industry, will hold a weed symposium with presentations by several experts. From 6 to 9 p.m. at the Karma Birdhouse (47 Maple Street) in Burlington. [Eli Harrington, Heady Vermont]
February 22: The most-winningest coach in NBA history is enjoying his retirement. “I’ve been smoking some pot,” Don Nelson said at press conference Thursday in Oakland, Calif. The Hall of Famer now lives in Hawaii and hangs with Willie Nelson (no relation) and Woody Harrelson, so, yeah. [Ryan Gaydos, Fox News]

Don Nelson asked what he’s been doing after basketball: “I’ve been smoking some pot.” pic.twitter.com/67cncPYzsh