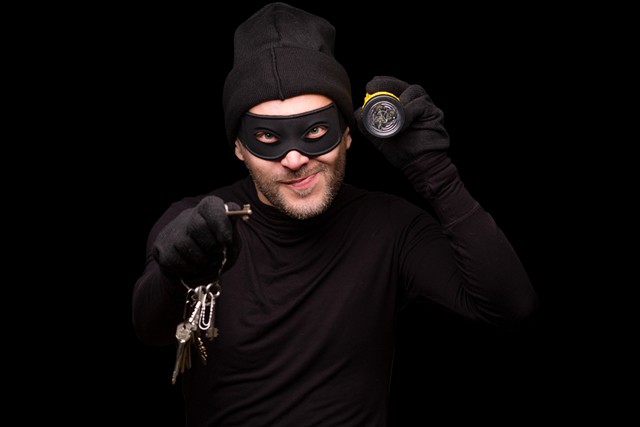 Over the past week, the list has grown longer by the day. On Monday, Heady Vermont published a story with the headline “Thefts Put Damper on Vermont Hemp Harvest.” The article recounted two growers who separately reported thefts, including Humble Roots Horticulture in Colchester, which lost 400 plants in about a month.

On Tuesday, a New Haven man told Seven Days he lost his two legal recreational cannabis plants to a thief.

“We put a lot of care and energy into the plants,” Mark Krawczyk said. “It’s a bummer. We were excited it was legal.”

On Wednesday, several more thefts were reported. Cops said hemp plants were stolen from Gaylord Farm in Waitsfield. That same day, a Barton farmer reported that “210 drying hemp plants were taken, along with various power tools,” a loss worth an estimated $15,000.

Cops on Thursday released images of suspects stealing from farms in the Georgia and Fairfax area. “One of the males appears to be armed with a handgun during the Georgia theft,” Vermont State Police said.

Meanwhile, Noah Fishman, one of the owners of Zen Barn in Waterbury, reported the theft of 10 hemp plants from his Guptil Road property. He found the plants missing Thursday morning and “feels the perpetrators most likely mistakenly thought these were marijuana plants,” state police said in a press release.

So what’s one to do? Heady Vermont asked Vermont Security owner Jesse Harper.

“It is important to note that the state mandates that your garden is secured,” he told the outlet. “There is no language that describes how this should be accomplished but common sense and some technology can go a long way.”

Here are some other cannabis stories we followed this week:
September 24: Retail cannabis stores are due to open in Québec on October 17, while Massachusetts isn’t far behind. Will Vermont take a weed tourism and tax revenue hit? [Kit Norton, VTDigger.org]
September 25: Willamette Week put out a “consumer’s guide to cannabis consumption.” Some of it is Oregon-specific, but check it out. [Willamette Week]
September 25: The parents of deputy Chittenden County state’s attorney Justin Jiron were busted last year in Nebraska with 60 pounds of weed in their car. On Monday, a judge sentenced Patrick Jiron, 80, and Barbara Jiron, 70, to three years of probation. [Xander Landen, VTDigger.org]
September 26: Vermont House Minority Leader Don Turner (R-Milton) and Lt. Gov. David Zuckerman, a Progressive and Democrat, don’t agree on much. But back in April, the two lieutenant governor candidates had a plan for a tax-and-regulate cannabis bill. What the hell happened? [Taylor Dobbs, Seven Days]
September 26: A group of Colorado teens allegedly stole a minivan and smashed it into a cannabis dispensary. But the owner said he leaves oregano as a stand-in for weed in the display cases — and that’s what the thieves made off with. Whoops. [Kyla Galer, KKTV]
September 28: Catching a flight home from LAX? Well guess what: You can walk into the airport possessing up to an ounce of weed — but must ditch your stash before you go through security screening. That’s where city control (and in Los Angeles, Calif., recreational weed is legal) cedes to federal control. [Chris Erskine, Los Angeles Times]
September 28: A new study found that — surprise, surprise — teens aren't just smoking weed anymore. They're vaping and consuming edibles, too. The study surveyed Southern California 10th-graders in 2015. [Naomi Thomas, CNN]