The Blue Stone to Open Third Pizza Place, in Montpelier 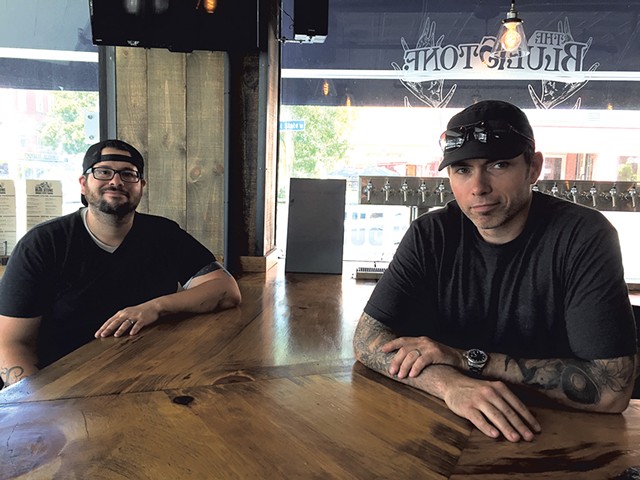 The Blue Stone will open its third pizza restaurant in Washington County by the end of the week — this one at 83 Main Street in Montpelier, said co-owner Vinny Petrarca.

The new Blue Stone, renovated by the owners, will seat about 35 people and take over the space that was home to Coffee Corner for nearly six decades. "It's an iconic location," Petrarca said, adding that his wife used to be a server at Coffee Corner.

"We'd been exploring some different options in Montpelier," he said. The capital city is home to Petrarca and his business partner, Chris Fish, who opened the first Blue Stone in Waterbury in November 2012. In the winter of 2016, they added a restaurant in Waitsfield.

The Montpelier Blue Stone will have a menu identical to that of its predecessors, Petrarca said. That means a variety of pizzas and an array of salads, burgers, sandwiches, chicken wings, and mac and cheese. About 30 Vermont beers will be available on tap and in bottles and cans.

"It would be weird if we opened a Blue Stone and it wasn't the same thing," Petrarca said. "That level of consistency and familiarity is so important; it's the backbone of what we try to do here."

Part of what inspired the partners to expand their business was a desire to recognize and retain valued employees, Petrarca said. "We're really lucky in that we have some really, really strong people who work for us and allow us to be more independent."

By the time the Montpelier branch has been open for six weeks, the three restaurants will collectively employ about 65 people, Petrarca noted. The Blue Stone restaurants serve lunch and dinner seven days a week.

The original print version of this article was headlined "Parlaying Pizza"