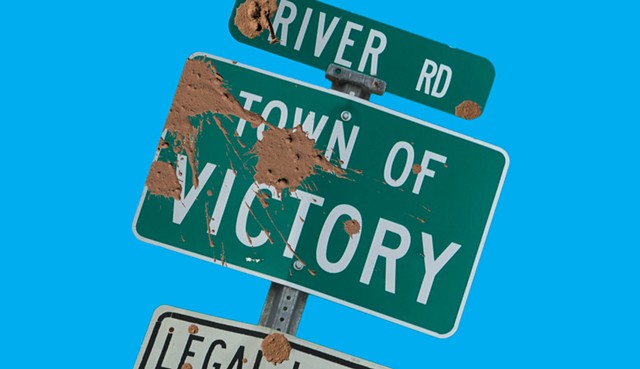 Allegations of murdered pets, pilfered town money, voter fraud and electronic espionage: The decades-long feud between two warring factions in the Northeast Kingdom town of Victory has included all of the above. Seven Days first covered the dispute in 2015. In April of this year, Mark Davis reported that the situation had grown so dire that some town officials proposed disbanding the Essex County burg.

Turns out they aren't the only ones who think Victory, population 72, may no longer be worth the trouble. The Vermont League of Cities and Towns, a nonprofit that provides insurance policies and other services for municipalities, is now threatening to kick Victory out of its organization.

In a letter sent last week to members of Victory's selectboard, the VLCT said that town officials have "exhibited a pattern of continued poor judgment and dysfunction which prevents the town from following good risk management practices." First reported by the Caledonian-Record, the letter cited as proof the numerous lawsuits that town officials have filed against each other, and the town itself, along with other questionable behavior.

There are at least four active lawsuits involving Victory officials — because of its tiny population, around one-third of Victory residents hold some elected office — including one against the town clerk alleging "massive voter fraud."

"We strive to provide our members with broad coverage and pricing stability over the long term," VLCT director of risk management Joe Damiata told Seven Days. "To do that effectively requires a partnership between [VLCT] and its members to manage and control losses and claims."

The VLCT board will meet on September 29 to consider its options. Victory's attorney, Dan Richardson, said the town will fight for its right to remain in the organization. Assuming, of course, that it doesn't disband first.

802 Much Victory Vermont League of Cities and Towns Essex County